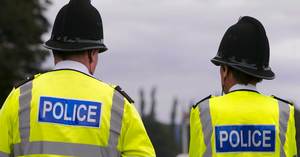 In September, police constable Wayne Couzens was sentenced to spend the rest of his life in prison for the horrific rape and murder of Sarah Everard. Couzens, employed in the division which guards government and diplomatic buildings, used his position as a police officer to falsely arrest Sarah while she was walking home, under the pretence of breaching Covid-19 regulations. Not long after Couzens’ sentencing, Dispatches documentary Cops On Trial (Channel 4) highlighted the wider problem of police who use their role for twisted motives, in particular their own sexual gratification. Reporter Ellie Flynn interviewed victims of predatory officers, and also looked at research showing the extent of the issue. Requests using the Freedom of Information Act brought in responses from 39 police forces (out of 45 in the UK) stating that in four years nearly 2,000 officers, special constables and PCSOs were accused of sexual misconduct. Bournemouth University also collated 514 proven cases of sexual misconduct by police officers in 33 forces over the last five years.

Couzens’ actions were particularly vicious and didn’t follow the usual pattern found when police officers target women. The research cited in the documentary showed that the most common type of abuse is when an officer uses his role to instigate an ongoing sexual relationship. This tends to happen when a woman reports a crime and is then visited at home by an investigating officer who pretends to be empathetic and understanding while being motivated by his own sexual gains. The perpetrators exploit how their police uniform gives the impression both that they can be trusted and that they have authority. The women they target are all in vulnerable situations: according to the research 40 per cent were victims of previous domestic abuse, 20 per cent had mental health issues and a quarter had suffered sexual assault. The perpetrators find those who are most susceptible to being manipulated, meaning that although the subsequent relationships are apparently consensual, they’re abusive. This inevitably causes the women to be traumatised further, when abuse escalates and when the relationship is exposed and investigated.

While Cops On Trial is timely in highlighting how Wayne Couzens wasn’t alone in misusing his position, it isn’t revealing the problem for the first time. In 2016, a report by Her Majesty’s Inspectorate of Constabulary identified 436 claims of sexual abuse against police officers over two years. Less than half of these incidents were referred to the Independent Police Complaints Commission and, as the report worded it, there was a ‘disconnect’ between the numbers of alleged cases and sackings (tinyurl.com/kynyucty). Across Police Scotland, for example, 166 officers have more recently been accused of sexual misconduct, and none have been dismissed. One way which many perpetrators have avoided the consequences of their actions is to resign before they get sacked, which also means they keep their pensions. Those police officers arrested and charged with domestic abuse are a third less likely to be found guilty than other people, with a conviction rate even lower than four per cent. Police know how the investigation procedure and legal system work, and they can use this to their advantage. They can also protect each other, using connections and contacts with the investigators. As Nogah Ofer from the Centre for Women’s Justice points out in the documentary, the system is on the side of the abuser.

One way in which abusive behaviour has been perpetuated has been by other staff missing ‘red flags’ or not taking sufficient action when there are concerns about an officer. According to Bournemouth University’s research, of more than 500 proven cases of sexual misconduct by police, each of the officers involved had an average of six disciplinaries or allegations on their records, and half had warning markers about their sexual behaviour. Couzens had previously been reported for indecent exposure and was nicknamed ‘the rapist’ by colleagues. That these warning signs didn’t lead to action which prevented behaviour from escalating indicates that the police force hasn’t taken risks to women seriously. Susannah Fish, formerly the Chief Constable of Nottinghamshire Police, says that she worked in a culture which was testosterone-fuelled and macho, and therefore not able to resolve or even recognise the problem.

Unfortunately, Cops On Trial doesn’t spend enough time on the questions of why this culture persists and why some officers use their role to abuse others. Assistant Commissioner Louisa Rolfe, the National Police Chiefs’ Council Lead for Domestic Abuse, gives a succinct enough answer by saying that ‘a small number of people are attracted to policing because of the power, the control and opportunity it affords them’. Police are there to exercise power and control on behalf of the state, according to the laws which are supposed to keep our unequal, divisive society in order. So, even when police stick to the law and the code of conduct for their role, they are working in a framework which involves coercion. The minority of predatory police officers have used this framework as an opportunity to abuse others, and found that it’s enabled them. Tighter vetting, training and disciplinary procedures could weed out some of the predatory officers and prevent some future tragedies repeating what Sarah Everard and other women have suffered. Measures like these will no doubt be recommended by the inquiries which have been commissioned to examine the standards and culture of the Metropolitan Police, where Couzens worked. But reforms can only tweak how the police force runs, they can’t change what it is: an institution with built-in opportunities to exert power and control. So it’s always going to attract a number of people who want to exploit these opportunities for themselves. The more fundamental issue is what causes some people to act in abusive, manipulative ways, a problem much too wide to be affected by any future changes to how the police operate.