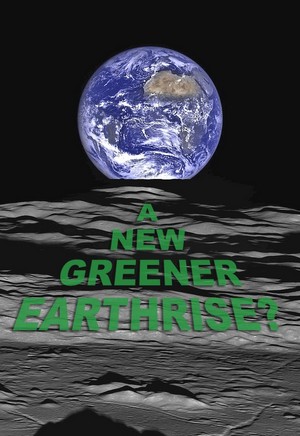 Why doesn’t the government adopt and finance a grand plan to deal with climate change: to make and erect more wind turbines, better insulate all homes, replace gas boilers, subsidise electric cars? That would kill two birds with one stone – stimulating the economy and providing jobs as well as combating climate change.

Such a Green ‘New Deal’ seems simple common sense. Something needs to be done. We know what it is. So why not do it?

Unfortunately that’s not the way the present economy works. The capitalist economic system is not geared to producing what is needed, but to what is profitable, and what is profitable depends on market forces beyond the control of governments.

Given capitalism – and none of the politicians proposing a Green New Deal envisage ending capitalism – the first question that arises is: where is the money to come from? Governments have no money of their own. Anything they spend they have to get from taxes or borrowing. As all taxes ultimately fall on profits this places a limit on what governments can spend, at least if they want to avoid provoking an economic crisis, where capitalist corporations don’t invest as much since so much of their profits are taxed away.

It is not as if this hasn’t happened before. Government spending, whatever it is spent on, cannot stimulate economic activity for any length of time. This was shown in the economic downturn in the 1970s when it led to ‘stagflation’. Stagnation continued but with inflation added (at times double digit). A Green New Deal can be expected to end up the same way, with the government forced by economic circumstances to cut back its spending on green projects, just as the Labour governments of the 1970s had to on social spending.

Basically then, given capitalism, a Green New Deal wouldn’t work and couldn’t work. The only framework in which the projects needed to combat climate change could be carried out in a planned way is where there is production directly for use not profit. This can only happen when productive resources stop being owned and controlled by capitalist corporations and states and have become common property under the democratic social control of everyone in society.