Now they say there’s too much electricity

Capitalism is facing another problem linked with the coming of potential abundance, this time in the field of electricity supply. 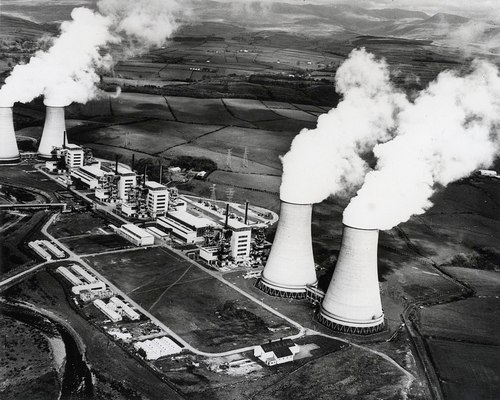 Nuclear power stations—which at present use the heat of nuclear fission to raise steam to drive the turbines generating electricity — can produce so much electricity that as more and more of them are built the problem is arising of what to do with the “surplus” produced during the hours of off-peak demand.

According to Keith Richardson, Indus¬ trial Editor of the Sunday Times in an article “Will they have to give electricity away free” (26 September), this was one of the matters discussed at a recent conference in Geneva on the peaceful uses of atomic energy. Since, apparently, nuclear power stations cannot be easily damped down from time to time in the way coal and oil-fired stations can, two possible solutions were discussed. One was to quite literally give away the ‘surplus’ electricity free during off peak hours; the other was to waste the heat produced during this period by releasing it into the atmosphere. If capitalism’s past experience is anything to go by, there should be little doubt as to what will happen.

Free electricity, free transport, free goods and services generally—this is the way modern technology points. But all this is impossible under capitalism with its class monopoly of the means of life and its profit motive. Capitalism cannot digest abundance and has to seek ways to prevent and pervert its progress. Only when all the resources of the earth, natural and man-made, are owned in common by all the people of the world can they be used in a rational way – to provide an abundance of goods and services which people can take and use freely as and when they need to.