What is the Kindness Test? 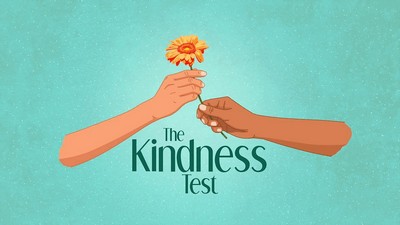 Are you a kind person? You can find out, it appears, by filling in an online questionnaire compiled by psychology researchers from the University of Sussex and sponsored by the BBC. We won’t know the results of The Kindness Test till February next year, but, from the various articles and interviews about this in the media over recent weeks, it’s hard not to get the impression that the researchers expect the answer to be ‘yes’ and to show that human beings are a kind species generally prepared to cooperate with and help one another in their daily lives and activities.

In talking about this, the psychologists have suggested that, if we consider all the interactions we have with other people over a period of time, the vast majority are likely to be of a kind and collaborative nature, even if we do not necessarily notice this or register them as such. These include simply smiling, saying hello or chatting to others, often people we don’t know, giving priority to other road users when driving and thanking them for doing likewise for us, opening doors for people, helping elderly people or children to cross the road, etc. Such acts, it seems, vastly outnumber examples of ‘non-kindness’, i.e. uncaring actions or acts of hostility.

At first glance, this may not seem to be the case, for, as we all know, what is much more likely to ‘make news’ is negative, uncooperative and, especially, violent forms of behaviour, while the caring, cooperative activities tend to get taken for granted and go unmentioned. So the most common ‘news’ items are about disagreements, arguments, abuse of various kinds and violence, sometimes extreme murder. These far outnumber any ‘kind’ actions reported.

Not that acts of kindness and cooperation aren’t mentioned sometimes but it’s usually only when they seem ‘spectacular’, featuring for example outstandingly brave and selfless actions by people without thought of consequences and potential risks for themselves. Rescuing others from fires or saving people from drowning are obvious examples, as in the recent, much publicised case of two brothers diving into deep water to rescue a child who had fallen from a wall into the sea and risked being swept away. The brothers delivered the child back to the parents and then walked away without waiting to be thanked. Only when the parents went to considerable trouble to find the rescuers later via social media did the brothers come forward producing a heart-warming story of thanks and reunion among those involved as well as inevitable feelings of happiness and human solidarity in those reading about it. So many people are prepared to make sacrifices to ‘do the right thing’ even if this means helping total strangers and endangering themselves. And most other people will admire those who behave in this way.

All this of course conflicts with the idea held by many that human beings are by nature selfish, uncooperative, and even cruel and violent, and so any attempt at establishing a world of social harmony is doomed to failure. This is an idea that has been expressed or implied in much that has been said, written and published over the years, both in commentary on human behaviour and in writings of fiction. The Christian doctrine of original sin is one example. It was reiterated in more secular form in the ‘all men are evil’ statement by Machiavelli in his sixteenth century work The Prince, taken up again in the following centuries by Thomas Hobbes who argued in his Leviathan that human beings are greedy by nature and human life is ‘a condition of war of all against all’, and then repeated in Adam Smith’s Wealth of Nations, where private interest or ‘self-love’ is seen as the primary mover of human action. This view of humanity was taken up again in the twentieth century by writers with more ‘scientific’ pretentions such as Robert Ardrey (The Territorial Imperative), Konrad Lorenz (On Aggression) and Desmond Morris (The Naked Ape). And it has seemed to receive confirmation in widely read works of fiction such as William Golding’s Lord of the Flies and, according to your interpretation, George Orwell’s Animal Farm.

But the tide, so it seems, is turning. In recent years much study has drawn the quite contrary conclusion that not only are human beings capable of manifesting peaceful and cooperative behaviour rather than being hostile and competitive with one another but are more likely to behave in that way if conditions allow it. It all depends on the circumstances. According to this argument humans are eminently flexible beings who will always prefer to make common cause with their fellow creatures unless they are pushed into doing otherwise by conditioning or situation. And they will do this because it is likely to benefit them in a practical way (i.e. one good turn is likely to deserve another) and also because human beings derive satisfaction out of being of assistance to others and enjoy the approbation of their fellow creatures that this is likely to bring.

This is more or less the argument about ‘human nature’ (or more correctly, human behaviour) that the Socialist Party has been putting ever since its inception close to 120 years ago. It has done this despite all attempts to deny and decry it by both religious and secular ‘authorities’. And now it is truly coming of age, both among those carrying out scientific studies of human behaviour and those talking and writing about it in the media and elsewhere. Albert Einstein’s statement of over 80 years ago that ‘human beings are not condemned, because of their biological constitution, to annihilate each other or to be at the mercy of a cruel, self-inflicted fate’ has been echoed in many compelling and authoritative studies in the present century such as A Cooperative Species: Human Reciprocity and its Evolution by Samuel Bowles and Herbert Gintis (2011), Team Human by Douglas Rushkoff (2019), Sitopia by Carolyn Steel (2020) and Humankind by Rutger Bregman (2021).

Consideration of this raises two significant implications. The first one is that the society we live in today, capitalism, has both a way of organising and an ethic that run directly contrary to the ‘normal’ human tendency to help and cooperate with others. It encourages people to compete with one another, to try to get the better of them and to do them down if necessary. It does this by tempting people with the lure of gain or reward, often financial, and so pushing them to behave in a way that divides them from their fellow humans, often making the ‘success’ of one into the ‘failure’ of others. Herein is the obvious answer to one of the questions in The Kindness Test, the one which asks ‘What prevents people from being kinder?’. An inbuilt feature of the capitalist system we all live in is that we are constantly driven to compete with others in a variety of ways and, while that system continues, this simply cannot be changed, otherwise capitalism would not be operating according to its nature. Yet, given this reality, what is truly remarkable and significant is that, despite the overwhelmingly powerful pressures capitalism places on people to get the better of others and so not be ‘kind’ to them, in so many of the actions and connections in our daily lives, and even in the ‘competitive’ situations that are created for us, we still manage to be kind to others, to cooperate and to share. 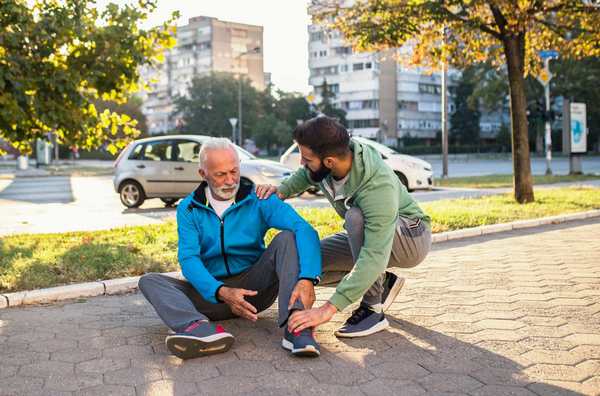 The other implication is that, in a society organised in an entirely different way from capitalism, the society that we call socialism, people would not have the slightest problem in operating in a harmonious and cooperative way most if not all of the time. In such a society, one of common ownership, free access to all goods and services and democratic organisation, the natural human tendency to share and cooperate would truly come into its own. Nor would this mean bland uniformity, or lack of initiative or creativity it has sometimes been suggested. On the contrary in such a society individuality would come into its own, as people are free to express their talents and creativity in a way that would vastly outstrip the limitations laid upon them today by the need to conform to the rules of a society which puts competition between all humans as a way of realising profit for the few at the forefront of its preoccupations and so drastically limits the way in which human imagination and inventiveness could and should be at the service of all. In a socialist society, immense satisfaction will be experienced by huge numbers of individuals as on the one hand they will be able to contribute their mental and physical energies to increasing the commonly held wealth of society, whilst on the other hand they will be satisfying their own self-defined needs from the common store.