Don’t tax the rich – Abolish them

Statistics abound showing how the wealthiest around the world have grown even wealthier. Economists explain that never before in history has any society’s inequality been so extreme as in this current epoch. The concentration of wealth in the hands of an ever smaller minority is a global phenomenon. Money goes to money as it is said. 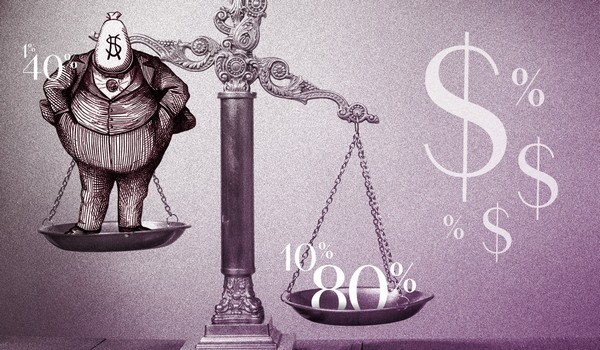 In the USA the combined fortunes of the richest seven billionaires passed $1tn for the first time. The richest 0.01 percent of Americans, 33,000 individuals, now pay just one-sixth of what they used to pay in tax, when measured as a percentage of their total wealth. The IRS recently published estimates that the richest 1 percent of US households don’t report around 21 percent of their income, using complex tax avoidance strategies that allow them to cheat the federal government.

Around 500 super-rich Russians, who make up less than 0.001 percent of Russia’s population, owned more than the poorest 114.6 million, or 99.8 percent of the adult population. In China, Zhong Shanshan saw his wealth during 2020 increase by 3,300 percent ($66 billion). Nor was he alone, with many others enjoying a rise in profits. So much so that the Chinese President, Xi Jinping, is now demanding financial sacrifices from the country’s wealthy.

And such is the embarrassment of riches among capitalists that in the USA some have formed an organisation called ‘Patriotic Millionaires’ aimed at making wealthy people pay more in taxes.

Even the conservative International Monetary Fund has called on governments to shift the burden of taxation away from low and middle earners and towards the better-off, warning that unfairness in taxation leads to social unrest.

Politicians are uniting to combat international tax avoidance and tax evasion schemes. We already see that there are efforts to unify different countries’ tax codes to close down loopholes that enable various methods of dodging local taxes.

Rather than attempting a redistribution by levelling incomes and reducing the disparity using government fiscal policies, the Socialist Party proposes a much more fundamental solution – the expropriation of the capitalist class.

Austerity policies and reductions in the welfare state are paying for tax cuts to the wealthy and this is proving to have deadly consequences. The USA is described as the richest society ever known, yet we wouldn’t guess it given the ‘deaths of despair’ caused by addictions and mental ill-health taking the lives of tens of thousands.

Billions of people are being affected by reduced pensions and social security benefits; by lower subsidies, including those for food and fuel; by government and local authority caps on the delivery of public services like education, health, social work, water and public transport; by the rationalisation and narrow-targeting of social protection so that only the very poorest of the population receive ever more frugal state benefits with more people being excluded.

The Socialist Party takes the uncommon, but very much the orthodox Marxist position that the ultimate burden of taxation, despite a few minor exceptions, falls upon the capitalist class (this is explained elsewhere in our publications). When particular businesses cheat by tax evasion, they are stealing from their fellow capitalists by not paying their ‘fair’ share of the revenue for the upkeep of government services.

This all leads to our unusual stance that we don’t really care at all about the rich tax dodgers, although it does reveal their hypocritical nonsense of being patriotic and law-abiding. Indeed some of the wealthiest claim to be philanthropists who donate to charities but it exposes the undemocratic attitude that spending policy is to be decided by these individual capitalists and not collectively by their ‘executive committee’, the state.

So when it comes to naming and shaming the rich for tax dishonesty, we say it is a crime far less than the thievery from working people of the fruits of our labour-power through the exploitation of the extraction of surplus-value. But we may take a well-deserved feeling of schadenfreude when those ‘captains of industry’ are being exposed as the crooks that they are. The capitalist system is rigged from the start and working people have been conditioned since childhood to love it, preserve it and ultimately defend it with our lives even as it enslaves, impoverishes and kills us. The problem is not the billionaires but instead the ownership of the means of production by the capitalist ruling class. And the problem is not greed but instead the way the capitalist system works, the creation of surplus value from the sweat toil and, yes, often the blood of working people.

One Reply to “Taxing the Rich”