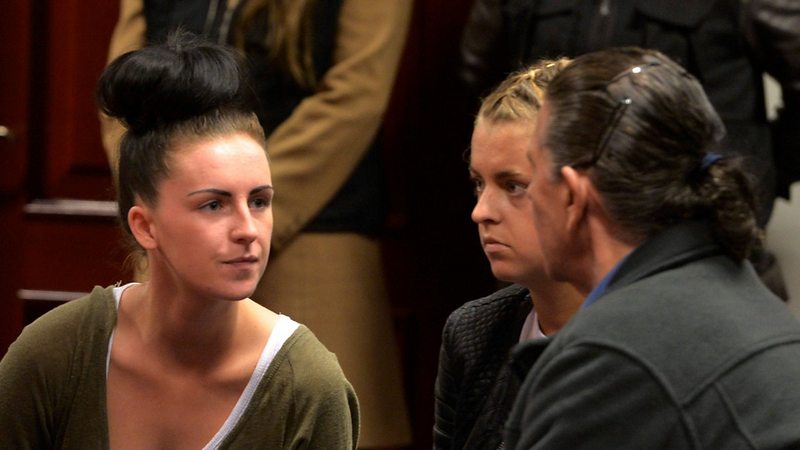 Michaella McCollum, when aged 19, left her home in rural Northern Ireland for the flashy bars and clubs of Ibiza. She soon found that its clubbing culture was fuelled not only by booze, but also by drugs, especially cocaine, traded openly but illegally. Michaella met ‘a really easy going’ man and, while at a party on an LSD trip, agreed to pick up a package for him which she realised contained drugs. The following morning she was sent off to Barcelona on the Spanish mainland, where she was surprised to find that she and another woman, Melissa Reid, would be travelling on to Lima under the guise of being tourists. Text messages from one of the gang she was now involved with aimed to reassure her and distract her from how much she had lost control. The two women collected the package from their contact, which turned out to be 11 kilos of cocaine disguised as sachets of porridge. As Michaella said, ‘if you think taking coke is a rush, try walking a million quid’s worth of the stuff into an international airport’. Nervously lugging heavy suitcases across the concourse drew the attention of the security guards, and the two were caught.

BBC Three’s documentary series High: Confessions Of An Ibiza Drug Mule told Michaella’s story, with a caption at the start of each episode describing it as ‘based on the testimony of a convicted drug smuggler’. Alongside Michaella detailing what happened, the series included dramatisations and interviews with lawyers, journalists and people involved in drug trafficking, although Melissa presumably chose not to take part.

The police didn’t believe the women’s story that they had been coerced into smuggling the drugs, and they were locked in a grim cell to await their trial. The media latched on to the story, dubbing the women the ‘Peru Two’, and reporters flew out to South America, one even posing as Michaella’s boyfriend to get to see her in jail. At their trial they admitted they were complicit in order to get a lighter sentence, which was set at six years and eight months imprisonment after a plea bargain. A reporter from the Belfast Telegraph, Patricia Devlin, said that the ‘public mood’ changed after the women confessed they knew what they were doing. The ‘Peru Two’ then became a silly season story, jokey memes, and a target for criticism.

They were sent to Ancón 2, a crowded, oppressive maximum-security prison north of Lima; ‘everything about it was toxic’ said Michaella. To try and make her time there more bearable, she learnt some Spanish, worked in the jail’s salon and was voted in as her block’s representative. She made enough money from prison work to afford the bribes to bring her parole court date forward and get the necessary proofs towards it. Her release was granted after almost three years behind bars, and Melissa was able to leave soon afterwards. Michaella says that her story is a lesson for others, and the documentary ends on an uplifting note about learning and growing, with appropriately rousing music.

In framing what happened as a personal journey, the documentary tries to turn the wider issues into incidental details along the way. Money is really a main player of the story. Michaella herself said she was motivated by financial gain, although what she was promised was much, much less than what the higher-up dealers make. According to lawyer Alexandro Tirelli, the cocaine business in Ibiza alone involves up to half a million Euros each day. This is why the cartel wouldn’t have been too concerned at losing even the 11kg the ‘Peru Two’ were found with, as to them, this was only a small amount. That the women were easily captured suggests that it was expected, acting as a useful distraction while larger amounts of drugs were smuggled through. The women were manipulated by the cartel throughout, after being identified as impressionable and groomed in a calculated, well-rehearsed way, still under implied threats when in prison. They were used as a means to make money, which happens in mainstream employment, of course, the difference being that here, the methods used are more extreme due to the high financial stakes and the drugs industry’s illegality. So the other main player in this story is the legal system which the industry has to work around, embodied by the judges, lawyers and police, and with Ancón 2 as its squalid end-point for those convicted.

The law is also shaped by money, especially in how a case’s outcome can depend on how much the defendant can pay out. The legal framework is there to protect the state’s interests, and limit the wealth and power of cartels competing with the elite. Drug laws aren’t officially presented to us like that, though, being instead supposedly there to protect the public against the risks of drugs, dangers which are amplified by their being manufactured in secret, and likely diluted with other substances to reduce costs. Even if drugs were made legal, as they have been to varying extents elsewhere, their production would still be driven by maximising profits for whoever owns the means to make them in bulk, and capitalism’s pressures would still push some people into problematic use. Both the money system and the legal system, as integral parts of capitalism, have shaped the drug industry and drug culture into the dark, seedy scene which Michaella and Melissa fell victim to.