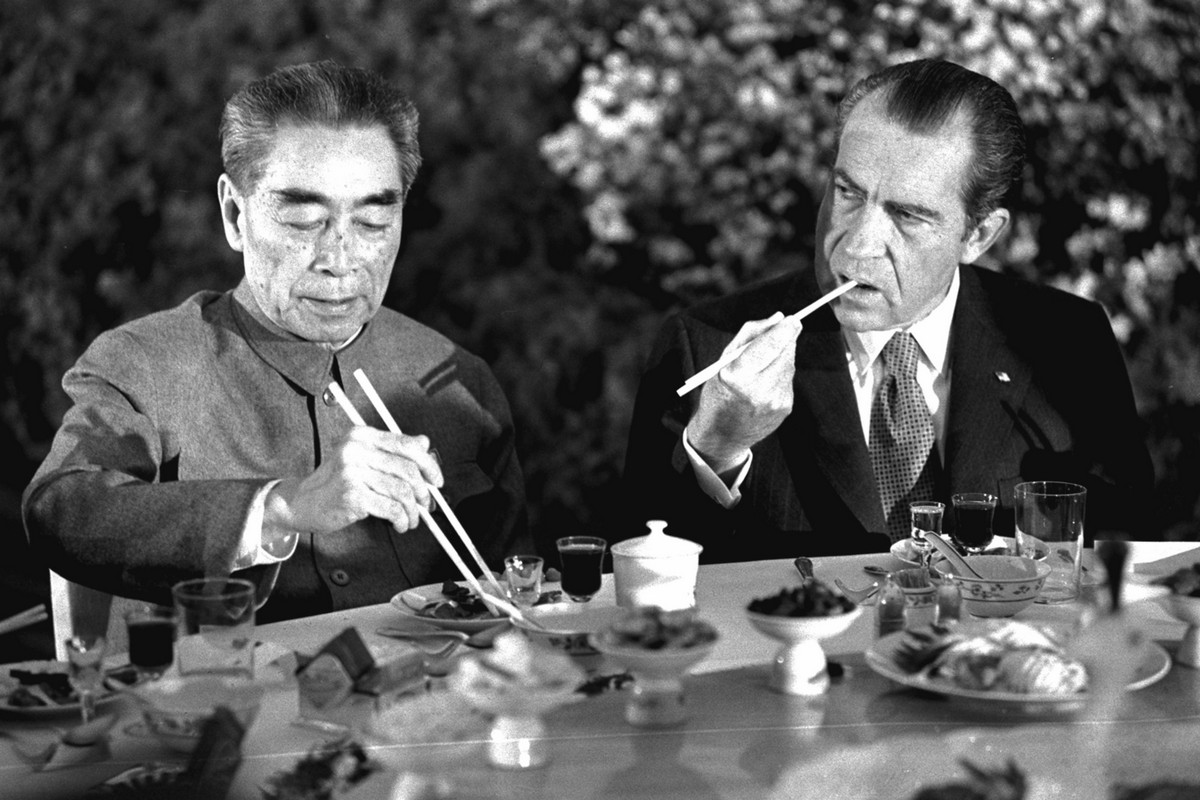 After more than twenty years of waging a propaganda war against each other and working up suspicions and hatred among their respective working classes, the American and Chinese mobster politicians are to seek some kind of reconciliation.

To those numbered in their millions all over the world, who mouthed and continue to mouth the slogans of Chinese capitalism denouncing ‘American imperialism’, and equally to all those who mouthed the phrases of American capitalism denouncing ‘Chinese expansionism’, it must seem as bewildering as were the Catholic church to suddenly get together with the League of Militant Atheists. After mountains of vitriolic propaganda, oceans of hate and the widespread belief that a real and unbridgeable ideological chasm separates the two sides, what explanation can there be for such a momentous reversal of attitudes?

Such about-faces are far from unheard of in the double-dealing world of lies and hypocrisy which is capitalism. Stalin and the Bolshevik heads of Soviet capitalism got together with Nazi Germany and, after denouncing the war as imperialist, wound up on the side of British and American imperialism against their former Nazi friends.

Conversely, Churchill who had spent twenty-five years denouncing the Soviet regime as a ‘cancerous growth’, wound up as head of British capitalism, supporting Soviet state-capitalism against Hitler and Mussolini (whom he had formerly admired).

Russia and China are capitalist countries, whose foreign policies, quests for world markets, world investments and military power only make sense when seen as part of the world-wide rivalry that characterises capitalism everywhere. (….)

Regardless of the public face they show, Russia, China and America will watch each other very closely. They are each in the same game for what they can get. The fact that friendly relations may exist for a time between each of them, should delude nobody. Trade does not mean trust. They will continue to spy on each other. Investments do not receive peace. They will each maintain their nuclear and other weapons.

Only the working class can get rid of this system of mutual suspicion, rivalry and war. This will involve establishing a world community where trade and investments and military force will have no place. Neither will the cynicism and hypocrisy of politicians.