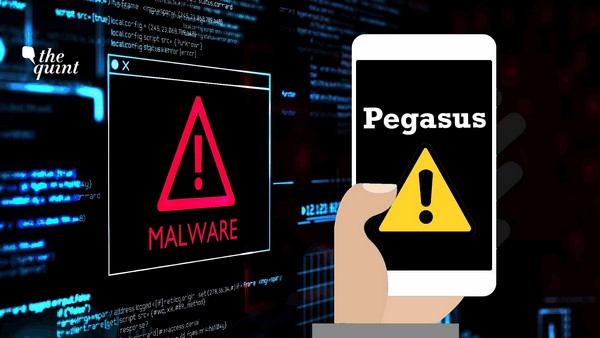 The recent Guardian exposé (19 July – bit.ly/2W29XE1) concerning Israeli company NSO and its Pegasus phone-hacking software is only the latest in a long line of media revelations about government surveillance. One can no longer be surprised by this sort of shenanigans. Of course governments watch people of interest to them. Ruling elites have always had their spy networks for keeping an eye on enemies from without and enemies from within. It’s an unwise ruler who fails to keep themselves sufficiently informed, as Julius Caesar found out.

NSO says that the Pegasus software, which monitors your location and can secretly activate your camera and microphone, is only for tracking criminals and terrorists. But of course they would say that. An investigation by Amnesty International and others revealed that human rights activists, union officials, journalists and lawyers have also been targeted. One journalist in Mexico, whose number appeared on a leaked Pegasus list, was assassinated at a carwash after, it’s believed, being tracked there via his phone. NSO won’t say who their state customers are but they are known to include Mexico, India, Hungary, Saudi Arabia, Bahrain, UAE, Morocco, Rwanda, Kazakhstan and Azerbaijan.

What other countries might be customers? Pakistan, surely, and Burma, given that India is. If Saudi Arabia and the UAE are on the list, then Turkey, Egypt, Jordan, Iran and Syria probably are too, demonstrating incidentally that the Arab-Israeli ideological divide which incites poor workers to kill each other is of no concern when it comes to businesses making lots of money. Other countries probably don’t need Israeli software. Belarus almost certainly gets its hacking tools from Russia, as North Korea will from China. Five Eyes, the intelligence group of the ‘Anglosphere’ that includes the US, UK, Canada, Australia and New Zealand, no doubt has its own sophisticated spyware, indeed might well have provided the Israelis with the tech expertise to develop Pegasus in the first place.

The obvious concern for workers everywhere, and for anyone who wants to see a better society supersede capitalism, is that government surveillance could become so powerful and all-pervasive that independent critical thought and deed become impossible.

When you look at some of the more authoritarian or unstable countries in the top 25 global economies, it’s easy to believe that this is indeed their ultimate aim. China is obsessed with totalitarian control freakery despite having given up any vestige of its so-called communism years ago in a bid to become the world’s top capitalist economy. Russia, with an economy smaller than Italy’s, is run by gangsters who have made murdering journalists and political opponents almost an Olympic sport, as have Mexico and Saudi Arabia. But what about other countries in the top 25, such as Australia, Canada, the US, Switzerland, the UK, Sweden, the Netherlands, etc? Flawed to be sure, but as capitalist democratic freedoms go, these states score fairly high, with little outward sign that they are bent on creating Orwellian dictatorships.

They probably could do it, technically speaking, if they wanted to. Some, like the UK, have granted themselves the legal powers for almost unlimited surveillance, and the tools for the job already exist. Nowadays you don’t need armies of red-eyed, chain-smoking spooks listening in on phone calls. You just need AI plugged into the cable and satellite feeds. Even so, round-the-clock surveillance of an entire population would be a huge drain on money and resources, and would it represent a good return on investment given that 99 percent of the population don’t do anything interesting?

It depends how paranoid you are. Some regimes are so dodgy they have every reason to be paranoid. Needless to say, all capitalist states feel the need to be eternally vigilant, however for the most part, they are likely to be more judicious in their focus, keeping a weather eye on individuals and groups deemed dangerous but in general letting the population go about its business.

It’s easy too for individuals, especially angry and radical dissenters, to get themselves caught in a feedback loop of confirmation bias regarding state surveillance, and become convinced that Big Brother is staring at them out of every CCTV, phone screen and laptop webcam, and that everything that happens, even in a pandemic, is part of some dark design by the deep state. How far any of this is justified or based on objective reality is a matter of debate, but unfortunately rational debate tends to fly out of the window when paranoia comes knocking at the door.

Whistleblowers like Julian Assange are held up as evidence of deep-state conspiracies, and certainly their treatment by vengeful governments can be appalling. But if state control was really as strong as some people think, how did these individuals manage to blow the whistle in the first place? And why is it that states and their politicians seem to conduct their affairs in a way that is so often confused, chaotic and incompetent, a fact made very obvious during the pandemic? Are these devious Machiavellis just pretending to be idiots, or are they what they appear to be, venal mediocrities with little idea what they’re doing? What kind of deranged global plan would include runaway climate change, now thought to be causing record heat levels, forest fires and catastrophic flooding? Is the simpler explanation not the more likely one, that capitalism is out of control and its leaders clueless?

Lose the ability to wield Occam’s Razor and you can lose your bearings. Once, at a socialist meeting, a visitor asserted that there was no point doing anything because the whole world was mind-controlled by a giant media conspiracy. When socialists asked him how come, in that case, we were free to hold a socialist public meeting, his reply was ‘You’re in on it too.’ That’s a cave-dive down a very deep rabbit hole.

Still, it’s understandable that a lot of radical political activists worry about state surveillance. If it’s not happening now, they argue, it soon will. If you try to downplay this concern, perhaps by suggesting that any large-scale suppression of legitimate working-class activity would create more problems for the state than it solved, you can be seen as naïve. Conversely, we suspect that activists sometimes overestimate how ‘dangerous’ they really are. In any case, the more secretive you aim to be, the more the state will take an interest in your affairs.

So, all things considered, the Socialist Party conducts its political activity in plain sight, with open public meetings, because it’s a democratic organisation that seeks change by democratic methods, and you can’t be democratic from the shadows. The best way to challenge the legitimacy of capitalism is, we think, to be legitimate yourself. Instead of trying to avoid the state’s gaze, we meet it, eye to eye, and wait for it to blink.