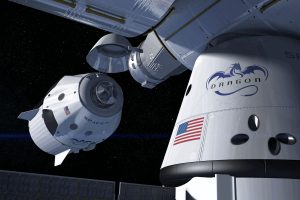 You know who the first man on the moon was, right? And the second? Bet you can’t name the third, or the next nine. After the initial feat, and an edge-of-your-seat crisis with Apollo 13, the space race quickly got old, and global interest waned. 50 years ago this month, the crew of Apollo 15 made the fourth landing on the moon and drove the first moon rover, and barely anyone noticed. Not long after this, the huge money sink of the Apollo programme was scrapped. For all the sciency hype, the moon’s only real purpose was as the finishing line in a space race aimed at putting one over on soviet ‘communism’.

Now we’re watching Space Race Reloaded, this time as a multi-player game involving the US, Europe, China, Russia, India and others, and including for the first time large amounts of private capital. What on earth – or off earth – is going on?

Space exploration has attracted its share of eccentrics, like ‘Mad Mike’ Hughes who, in February 2020, launched himself skyward in a steam-powered rocket to prove that the Earth was flat, but died proving instead that it was very hard (bbc.in/3zwPEOh). If you’re going to be eccentric, it helps to be rich, and the bullish billionaire trio of Bezos, Branson and Musk have not hesitated to vie in what, from a worker’s earthbound perspective, are pointless and ecologically egregious vanity projects involving low-orbital flights for rich tourists. The bulbous head of Bezos’s Blue Origin rocket inspired an inevitably phallic comparison by the Daily Star which talked about the billionaires ‘willy-waving’ with their ‘giant thrusters’.

But it’s more than just boys showing off their toys. In May China parked a rover on Mars, and last month launched a crew up to its new Tiandong space station (bbc.in/3xBWnol), as well as announcing plans for a joint Sino-Russian moon base. Meanwhile Nasa’s new director Bill ‘Big Willy’ Nelson has ‘sought to leverage China’s space ambitions as a way to get Congress to fund Nasa’s plans to return to the moon’ (wapo.st/3xxHsv4).

In the 1970s, space programmes relied solely on the resources of national governments. Now things are different. Since 1970 the wealth of the top one percent has grown at 100 times the pace of the bottom 50 percent (bit.ly/35zI9Za), creating mind-boggling resources of private capital that can now be invested in the biggest projects. Nasa has contracted part of its operations to Elon Musk’s company SpaceX, including servicing the International Space Station, and that’s only the beginning.

SpaceX also won the contract to supply the moon lander for Nasa’s new heavy-lift rocket, the Space Launch System, as part of its Artemis moonshot programme. Disappointingly for space nerds, the SLS is an unimaginative repeat of the old Saturn V burn-and-discard 3-stage system. After some notable successes with reusable rockets, SpaceX did hope to win the contract for a Nasa reusable rocket design but its Falcon Heavy rocket isn’t anywhere near big enough to get to the moon, and its gigantic Starship rocket – billed as a potential Mars crew shuttle – is still in development.

If the moon wasn’t really the point last time, this time it might be. First, there is the matter of helium-3 (see Pathfinders, March 2014), a rare isotope on Earth but abundant on the moon and potentially useful in nuclear fusion that might provide up to 10,000 years of cleanish energy. But it’s still uncertain whether helium-3 extraction would be economic. Second, there is the fact that the moon, as a satellite, will be out of range of the satellite wars which are widely predicted (Pathfinders, November 2020), and which prompted a Nato space war summit just last month (Times, 15 June – bit.ly/3iT2vUW). Third, Nasa confirmed in 2020 that there was water on the moon, which was a game-changer. In space shuttle days, the cost of lofting a kilo of water to space was $54,000. With SpaceX’s reusable Falcon 9 shuttle to the ISS, this dropped to $2,720 (bit.ly/3iRJP88). Yet a permanent moon base is only really feasible if there’s a local supply. The water concentration Nasa detected in sunlit areas was 100 times less than in the Sahara desert, however the presence of any at all suggests that there may be vast deposits of ice in the dark polar craters. These would not only enable moon colonies but also potentially supply liquid hydrogen and oxygen fuels in order to make the moon a launch point for further space exploration, and as a staging post for Mars.

But it’s not all about ends, it’s also about means. China has been making giant technological strides lately, and this is alarming the Americans, because space technology is also weapons technology – ‘there are no technologies used in space that aren’t dual-use’ (wapo.st/35NHBPv). The fear is, whoever gets a lead in space has a lead in perpetuity. Moon bases today, missile bases tomorrow, perhaps.

It need hardly be said that socialists deplore the militarisation of space. But billionaires like Musk are motivated by an altogether higher purpose, and that doesn’t include the silly story about him planning to mine a gold asteroid worth $700 quintillion. He is well known for tweeting about potential extinction-level asteroid strikes, and how humans need to colonise other planets so all our eggs are not in one basket. Nasa has pooh-poohed the notion of deadly asteroids, however a darker truth could lie behind the prediction. What if the super-rich suspect that climate change is out of control, and that the Earth is ultimately doomed through its own (i.e. their) folly? 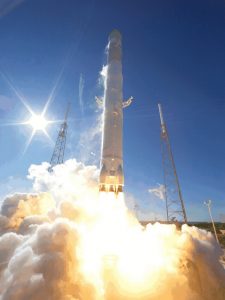 What better use for your billions, and what better legacy, than to initiate searches for a viable replacement planet? In this context, the search for extraterrestrial life takes on a new significance. Nasa has just announced probes to explore the supposedly bio-generated phosphine layer in the upper atmosphere of Venus. And just last month the Juno probe did a flyby of Ganymede, Jupiter’s largest moon and thought to have a liquid iron core, hence magnetic shielding, and more subterranean water than all of Earth’s oceans combined. Next year it will do a flyby of Jupiter’s moon Europa, with a thin oxygen atmosphere and, it’s believed, a water ocean 60 miles deep under a 20-mile-thick ice crust. Europa is one of the most promising sources of life, if any, in the solar system. The European Space Agency is planning a trip there in 2022, and Nasa again in 2025.

The idea of the capitalists funding an ‘exit strategy’ to escape the dead Earth they have created is of course the plot of Ben Elton’s 1989 novel Stark. We say, they’re welcome to live on some frozen airless dump, and we hope they rot. But let’s hope we get socialism before that happens, and before any idea of exporting capitalism to other planets really gets off the ground.