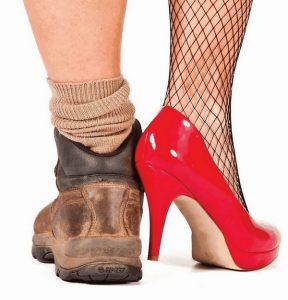 Is there a distinction between sex and gender? In the vast majority of cases the sex of a person can be established through physical attributes and these are determined by two sex chromosomes, the X and the Y. Two X chromosomes results in the female, X and Y chromosomes produces the male.

There are exceptions. Human cells usually contain 46 chromosomes, but occasionally, approximately 1 in a 1,000 males have a 47th, an extra Y. This can result in being taller than average, have learning difficulties, speech problems or weaker muscle tone. They don’t have distinguishing physical features and their sexual development is normal, although infertility can result.

It is possible for females to be karyotype 46 (usual number of chromosomes) and XY. This is gonadal dysgenesis and results in females with normal female external genitalia, but malfunctioning gonads that are prone to becoming cancerous and are usually surgically removed.

What all this demonstrates is there are naturally occurring variations that may cause physical and psychological issues, but do not alter the basic biological determination of females and males. That would seem to be a matter of material reality and not one of personal choice.

Can the same be stated in relation to gender, or are gender and sex merely interchangeable words in this context? There is an argument that avers sex to be as stated above, while gender takes into account social roles that may be determined by a person’s sex, or by personal definition according to subjective awareness.

There are at least eight gender identity terms – transgender, two-spirit, cisgender, non-binary, genderqueer, gender expression, gender fluid, gender neutral – and there may be others. The majority of the population are, in this list, cisgender, that is, their gender matches that which they were assigned at birth.

The question then arises as to what the material basis is for the plethora of alternatives with which a minority identify. People are, of course, free to choose the identity they present to the world, but such a choice suggests gender to be merely a social construct; or is there a genetic basis?

Scientific study of transsexuality appears to be minimal. Transsexuals are individuals born as one sex, but identify as being of the other sex. Studies of twins indicate a genetic basis for transsexuality, although there is presently no clear understanding of what that genetic basis is.

Nor is there an established common terminology used across studies. This means there can be no clear accounting of numbers as to how many individuals are transsexual. Approximations range from 7 to 9 out of every 100,000 people as being transgender.

Amnesty International estimate there are 1.5 million transgender people in the EU, about 0.3 percent of the population. An Equality and Human Rights Commission 2011 survey in the UK of 10,026 respondents found 1.4 percent were in a gender minority group, of which 1 percent had gone through some part of a gender reassignment process. That process did include actual actions taken, but also thoughts about it. 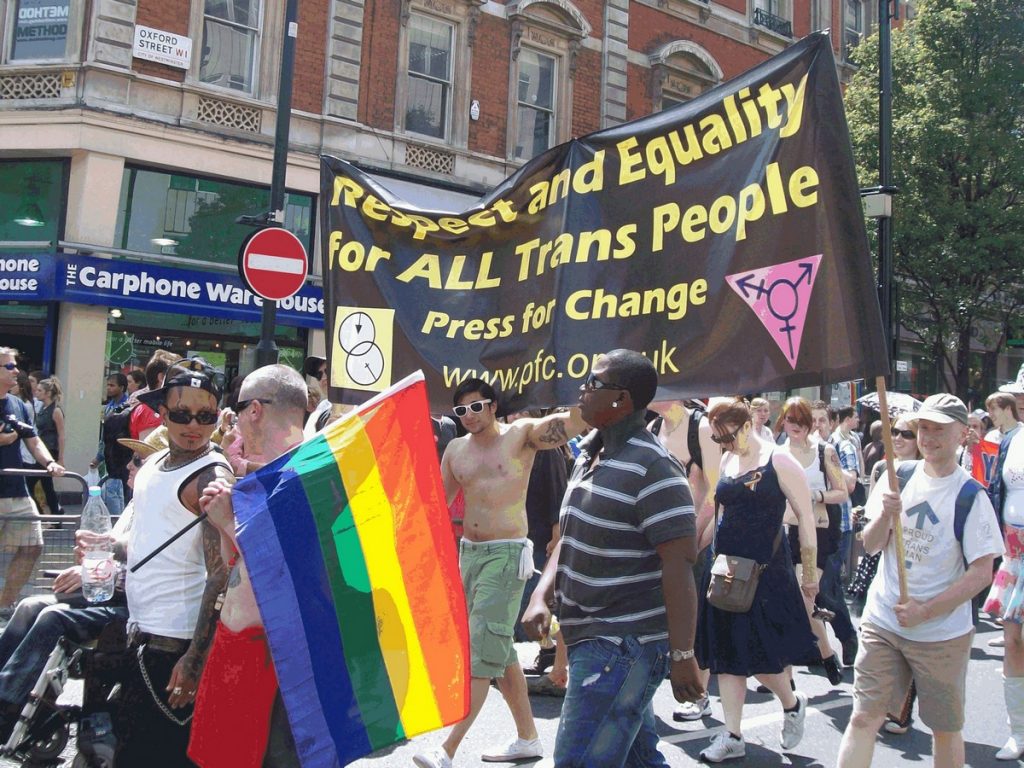 Everyday speech often uses sex and gender interchangeably, but some academic disciplines reference different definitions while others do not, which is also the case with dictionaries. Languages such as German and Finnish don’t have different words for sex and gender, the context of use being the defining factor.

All this indicates a great deal of uncertainty, which makes the possibility of giving offence all too real. A minority, however small, needs to be accepted on its own terms and not become subjected to a despotism of the majority.

Capitalism has done a great deal to break down social barriers and overcome discrimination. Driven by the constant need to realise profit, differences between people, actual or perceived, cannot be allowed to hinder that process. This is not a moral, but an economic imperative, and is a long way from being fully realised.

That prejudice and discrimination continue to exist cannot be denied, but neither can the progress made. A ‘No Blacks, No Irish’ notice is now utterly beyond the pale even though ‘Black Lives Matter’ remains pertinent.

In matters sexual, homosexuality has gone from illegality and the subject of barbed humour to celebrated wedlock in half a century. This is not to suggest all is well, far from it. Human attitudes are not fixed and need to be challenged. What one generation regarded as deviant, the next (or perhaps the next but one) accepts without question.

If this is not the case then we socialists are wasting our time promoting far-reaching changes that can only come about if the generality of popular ideas radically change. If the basis of present society, capitalism, cannot be replaced by a superior system, socialism, then human progress will have stalled.

Capitalism reduces most if not all aspects of society to commodities to be traded for profit. Sex is certainly a category with many such commodities. From pornography to gender re-alignment, from commercial stereotyping to lifestyle products, no possibility for profit is ignored.

The prevailing ideology of capitalism is individualism: Margaret Thatcher’s (in)famous pronouncement that there’s no such thing as society was a clear expression of this. No society equals no classes in any meaningful sense. People are free to self-define their identity, and woe betide anyone who might contradict or question.

However, denying society does not mean it doesn’t exist. An obvious lesson of the Covid pandemic is that not only does society exist, it must act in concert for the well-being of all. It also cannot be denied that society plays a major role in defining gender roles.

Recent history shows gender roles are not fixed because society is not fixed. There’s a continuous dynamic between individuals and sub-groups with society at large that initiates social change. Science plays a huge part in this by bringing new understanding to play.

There are hormonal and surgical ways of physical gender realignment, to match external sexual characteristics with psychological disposition. This patently does not bring about a chromosomal change.

Self-definition has merit: who has the right to decide how another should dress, deport and generally live? There are, though, women who, to say the least, are uneasy about those born men redefining themselves as women.

Caution should surely be the watchword during adolescence, a period of sexual uncertainty as the brain transitions from childhood to adulthood, which is perhaps the only transitioning that should occur at that time.

After detransitioning, former transgender man Charlie Adams established the ‘Detransition Advocacy Network’. This was in response, Adams claims, to being contacted by a significant number who’d transitioned in their teens and then changed their minds in their 20s.

The claim is that, triggered by gender dysphoria, transitioning seems not to have alleviated the condition, leading to a realisation that the change had not addressed deep-seated issues. These include body image problems, eating disorders and even, in some cases, autism.

There does not seem to be peer-reviewed in-depth research into transitioning, its causes and consequences. The two examples featured here illustrate in the titles of the organisations the lack of objectivity.

The Adams charity declares its advocacy of detransitioning, while the ‘National Centre’ is clearly supportive of transitioning. Similarly, much of the comment available on the internet is of a partial nature from right-wing and actively anti-LGBT news outlets to radically pro-transitioning groups, with a plethora somewhere in between.

This is an area of uncertainty that science will undoubtedly continue to help clarify. Meanwhile, minds need to remain open. There cannot be progress if people are silenced by either legislation or social, largely media, pressure.

There is a responsibility to express contrary ideas without malice, with those shown to be wrong exposed through reason. Such is the very basis of democracy, open discussion without fear of censure.

One of the basic misapprehensions of a socialist society is that equality will be achieved through uniformity, when actually the opposite is the case. Diversity is integral to socialism, for it’s through the dynamic of difference that progress will continue to be made. Socialism cannot be static, a once and for all arrangement of relationships and roles.