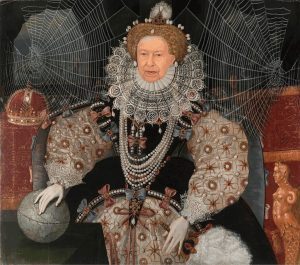 Some socialists will have loftily ignored last month’s media frenzy over the Meghan and Harry interview, dismissing it as puerile celebrity trivia of no concern to socialist revolutionaries. Quite right too. But some of us were probably glued to our TVs, agog for scurrilous gossip, just like hundreds of millions of others around the world. Everyone loves a bit of scandal.

Socialists will not be surprised to find ruling class families with their knives stuck in each other’s backs. If history for workers has always primarily meant the history of inter-class struggle, for the dominant class it’s been a history of intra-class struggle, involving war, betrayal, adultery, child murder, gluttony, poisonings, incest, rape and every other depravity by which they fancy themselves our social betters. Maybe the UK royals don’t murder each other as much as they used to but make no mistake, underneath each Windsor breast beats the icy heart of a Plantagenet or a Borgia.

But two things really do baffle socialists. The first thing is how they, with the backing of their fawning media admirers, can possibly carry off the effrontery of describing themselves as ‘working royals’. This audacious bit of stagecraft can surely only succeed through a collective willingness to redefine the word ‘work’ out of all recognition. These coddled, self-important parasites are given everything they could possibly want, riches, luxury, sycophantic adulation at every turn, and yet it’s still not enough for them. Now they have to take from us the only thing they don’t possess – the right to call themselves workers. Never mind that they live on rent from land ownership and interest from investments, and in some cases profit from business deals, to say nothing of the roughly £100m a year for the ‘Sovereign Fund’, and never mind the untold (literally, because it’s a secret) private royal wealth and assets.

Nope, just like anything’s a poem or a piece of art nowadays if somebody says it is, and anyone’s a woman if they say they are, a royal is a worker if they self-identify as such. Perhaps us workers should all self-identify as royals in that case (probably true, genetically speaking), and demand to be treated as their social equals in turn.

The other baffling thing is why we are still having this discussion, in an advanced capitalist country in the 21st century. There are hardly any royal families left anymore as countries around the world have sensibly dispensed with such archaic mediaevalisms. But not the UK. When King Farouk of Egypt was overthrown and forced to abdicate in 1952, he is supposed to have remarked that soon there would only be five kings left in the world, the kings of England, Hearts, Clubs, Diamonds and Spades.

This is something socialists find genuinely hard to understand. Of course we know it’s all wrapped up with rabid nationalism by red-top readers and those of the Daily Heil, but you don’t need royalty for rabid nationalism, as shown by Trump supporters in the US or those of Marine Le Pen in France. And incidentally, tourism seems to rub along just fine in those two republican countries.

The anachronistic ‘batshittery’ of it all was entertainingly summed up by Patrick Freyne in the Irish Times: ‘The contemporary royals have no real power. They serve entirely to enshrine classism in the British nonconstitution. They live in high luxury and low autonomy, cosplaying as their ancestors, and are the subject of constant psychosocial projection from people mourning the loss of empire’ (8 March – bit.ly/3l5dXvL).

Even so, this hardly explains the global fascination with the UK royalty. Joking aside about the average intelligence of the UK royal-lover, what’s in it for the gawping masses in other countries? Presumably the Hollywood fairytale of it all. In capitalism, in theory, anyone can get rich through hard work. In practice everyone knows that’s a load of hokum. But in a fairytale, anyone just might fall in love with a handsome prince or princess, and be swept off their feet to an orchestral score and a shower of Disney fireworks, and what’s not to love about that?

What’s also intriguing is what the rest of the ruling class get out of the royals, given that the ‘taxpayers’ money that pays for them really derives from the business owners. No doubt the British state, having little overseas influence and even less since Brexit, and virtually no military capability worth talking about, relies heavily on the prestige of old tradition, and UK industry too sees a commercial virtue in being touched with the fairy dust of royal patronage. The prestige of a thousand-year rule is a marketable asset that Trump, for all his money and self-aggrandisement, just couldn’t buy. Next to the British royals, even the most respectable global politician looks like a jumped-up used-car salesman. But are they really worth the considerable fortune the capitalist class pays them every year to perform merely light ceremonial tasks?

Well, it doesn’t really concern socialists either way, in one sense. Republican countries are just as capitalist and just as brutal to their workers as monarchical ones, and sometimes more so, which is why we wouldn’t bother advocating republican reform. A commodity is no more socialist for being royalty-free. But it makes you think, doesn’t it? If workers are so mesmerised by tinsel and glitter that they can’t even agree to put a bunch of pampered parasites out to grass in favour of someone who, for all their capitalist faults, is at least electable, they’re probably not going to support a socialist revolution anytime soon. At the moment, the republican voice is fairly quiet, despite these latest public squabbles by the royals, and egregious accusations of child sex that have done the rounds lately. But if the voice grows again, and swells to a chorus, socialists can at least see that as an encouraging sign.