We Come in Peace, Shoot to Kill

‘Despite the damage coronavirus lockdowns did to the world’s economy, 2020 marked a record high in global military spending, according to a new report. As always, the US was in the lead, accounting for 40.3 percent of the world’s military expenditures at $738 billion. The report, released by the International Institute for Strategic Studies (IISS), says total military expenditures added up to $1.83 trillion in 2020, a 3.9 percent increase from 2019 (news.antiwar.com, 25 February). This news comes as no surprise to socialists: we have said for over a century that war is endemic to capitalism. We recall that the Obama–Biden Administration promised to do away with nuclear arms once and for all, but instead committed $1 trillion to building the nuclear stockpile and modernising nuclear production facilities. Commenting on an earlier admininistration, the late Carl Sagan, a visionary and humanitarian scientist, observed: ‘For me, the most ironic token of [the first human moon landing] is the plaque signed by President Richard M. Nixon that Apollo 11 took to the moon. It reads, ‘We came in peace for all Mankind.’ As the United States was dropping seven and a half megatons of conventional explosives on small nations in Southeast Asia, we congratulated ourselves on our humanity. We would harm no one on a lifeless rock’. 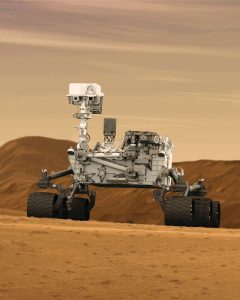 What about life on Earth?

Another (probably) lifeless rock has been invaded by a swarm of robots. Of multiple attempted Mars landings by robotic, unmanned spacecraft, ten have to date been classsed as succesful. Did any science fiction writer envisage a race to Mars? There is, indeed, kudos to all the thousands of workers across the world – these mulitiple landings are collectively an achievement on a par with the launching of Sputnik 1 just forty years after the fall of the Czars. Returning to the present, we are informed: ‘Internet sleuths claim to have decoded a hidden message displayed on the parachute that helped Nasa’s Perseverance Rover land safely on Mars…. They claim that the phrase “Dare mighty things” – used as a motto by Nasa’s Jet Propulsion Laboratory – was encoded on the parachute using a pattern representing letters as binary computer code’ (theguardian.com, 23 February). The phrase is used in an 1899 speech by Theodore Roosevelt, in which he said: ‘Far better it is to dare mighty things, to win glorious triumphs, even though checkered by failure, than to take rank with those poor spirits who neither enjoy much nor suffer much, because they live in the gray twilight that knows not victory nor defeat.’ Oscar Wilde described us ‘poor spirits’ more accurately and succiently when he said : ‘To live is the rarest thing in the world. Most people exist, that is all’.

‘Humanity is waging a “senseless and suicidal” war on nature that is causing human suffering and enormous economic losses while accelerating the destruction of life on Earth, the UN secretary-general, António Guterres, has said. Guterres’s starkest warning to date came at the launch of a UN report setting out the triple emergency the world is in: the climate crisis, the devastation of wildlife and nature, and the pollution that causes many millions of early deaths every year’ (theguardian.com, 18 February). Such news would not have surprised the astronomer and Marxist Antonie Pannekoek. Writing in 1909 he observed: ‘Natural resources are exploited as if reserves were infinite and inexhaustible. The harmful consequences of deforestation for agriculture and the destruction of useful animals and plants expose the finite character of available reserves and the failure of this type of economy. Roosevelt recognises this failure when he wants to call an international conference to review the state of still available natural resources and to take measures to stop them being wasted. Of course the plan itself is humbug. The state could do much to stop the pitiless extermination of rare species. But the capitalist state is in the end a poor representative of the good of humanity. It must halt in face of the essential interests of capital’. 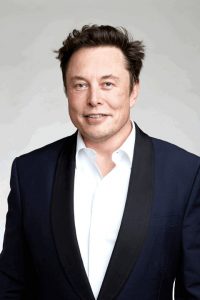 Commenting on billionaire Elon Musk’s SpaceX’s Starship project which may someday send humans to Mars, Shannon Stirone, in an article titled ‘Mars Is a Hellhole: Colonising the red planet is a ridiculous way to help humanity’ (theatlantic.com, 26 February), writes: ‘Legitimate reasons exist to feel concerned for long-term human survival. But I question anyone among the richest people in the world who sells a story of caring so much for human survival that he must send rockets into space.’ Neither misleaders nor multi-millionaires can save us. Sagan says : ‘Our planet is a lonely speck in the great enveloping cosmic dark. In our obscurity, in all this vastness, there is no hint that help will come from elsewhere to save us from ourselves. The Earth is the only world known so far to harbor life. There is nowhere else, at least in the near future, to which our species could migrate.’ Yet more positively he also stated: ‘Humans have evolved gregariously. We delight in each other’s company; we care for one another. Altruism is built into us. We have brilliantly deciphered some of the patterns of Nature. We have sufficient motivation to work together and the ability to figure out how to do it. If we are willing to contemplate nuclear war and the wholesale destruction of our emerging global society, should we not also be willing to contemplate a wholesale restructuring of our societies?’ (Cosmos, Futura, 1987, p. 358). Pannekoek, who died in 1960 just as humanity entered the space age, would concur: ‘It is time for mankind to ensure itself of material abundance by establishing a free, self-managed world-society of productive labor, thereby freeing its mental powers for perfecting its knowledge of nature and the universe’ (A History of Astronomy, 1951).