Greenland is a self-governing territory of Denmark, and has a Gross Domestic Product of around $3 billion – similar to the Faroe Islands, another semi-autonomous Danish possession. That GDP is about to change if the multinational mining corporations have their way. 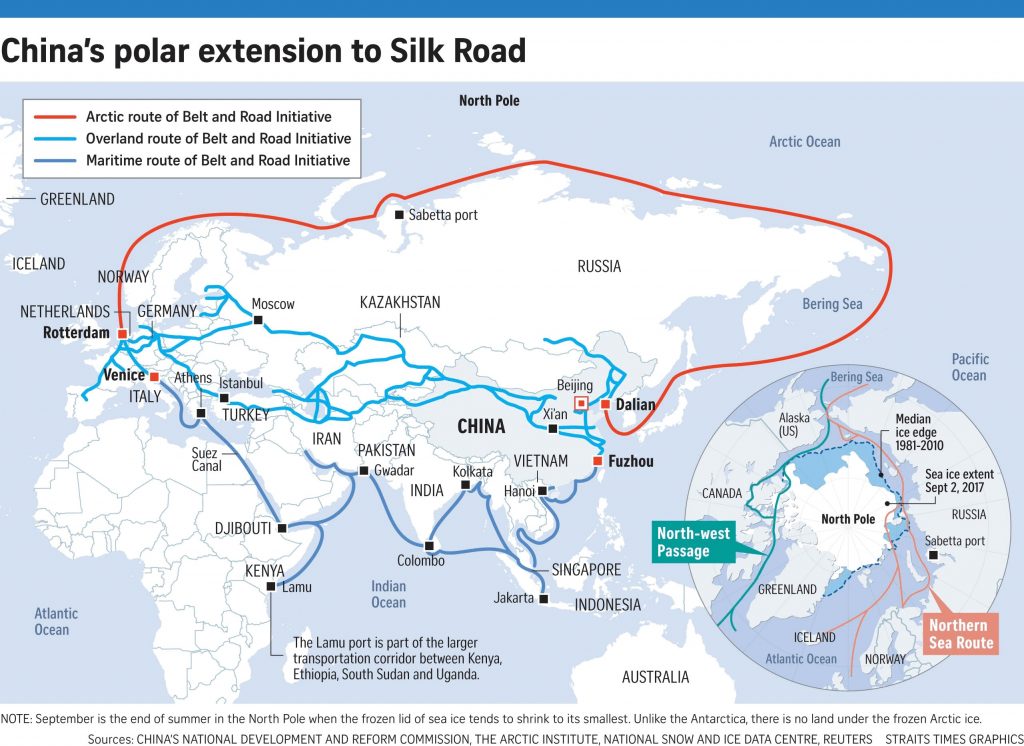 Various mining companies are vying for mining rights. Greenland’s royalties expect to be around 1.5 billion Danish crowns ($245 million) each year from a Chinese-linked corporation – equivalent to roughly 15 percent of Greenland’s public spending, and such revenues could give it leverage over politics in Greenland. Already disputes on policies towards mining have caused ructions within Greenland’s government.

Greenland possesses vast resources of metals known as ‘rare earths,’ the world’s biggest undeveloped deposits, according to the US Geological Survey (USGS). They are crucial in modern technology manufacturing and the renewable energy industry. The prices of many rare earth elements have jumped in anticipation of rising demand for electric vehicles. China accounts for about 90 percent of global supply and back in 2010 China threatened to cut off its sale of rare earth metals to Japan so there exist concerns about the need to reduce reliance upon China. Other states require a counterbalance to any market control that could be exerted by a single large producer and Greenland’s huge deposits could secure a solution for many years to come. Always with an eye for valuable real estate, Trump in 2019 offered to buy the island (in 1946 Harry S. Truman offered Denmark $100 million for it.) A year after Trump’s failed bid, the United States announced a $12.1 million economic aid package for Greenland to increase its influence.

Apart from its potential assets another reason for American renewed interest is that China is expanding its interests in Greenland. China views Greenland as a part of what they call the ‘Polar Silk Road’ and one of the interested mining companies happens to be partly-Chinese owned. China may be a thousand miles away but as the second largest economy in the world, it has no intention of being left out in the cold. Klaus Dodds, professor of geopolitics at Royal Holloway, University of London, explained ‘The Chinese have made no secret that they have their eyes on the Arctic’s fish and minerals.’

In 2016, Denmark reversed plans to sell a former naval command centre after a Hong Kong-based company, General Nice Group, emerged as a bidder. Later in 2018, the then US Defense Secretary James Mattis successfully pressured Denmark not to allow China to finance three commercial airports on Greenland, over fears they could give Beijing a military foothold.

‘China can access Arctic resources through foreign investment,’ Michael Byers, an Arctic expert at the University of British Columbia said. ‘And foreign investment is a lot cheaper than trying to conquer something.’

Whereas environmentalists fear large-scale mining could harm the remote island’s pristine eco-system, many of the 56,000 Greenlanders, while worried about pollution, see mining as the key to developing their economy which will end the economic dependence upon Denmark and set Greenland on the road to full sovereignty. Long before the UK’s Brexit, Greenland held a referendum and subsequently withdrew from the EU in 1985.

‘An independent Greenland could, for example, offer basing rights to either Russia or China or both,’ said Fen Hampson, head of the international security programme at the Canadian Centre for International Governance Innovation think tank, noting the desire by some to fully secede from Denmark. ‘I am not saying this would happen, but it is a scenario that would have major geo-strategic implications, especially if the Northwest Passage becomes a transit route for shipping, which is what is happening in the Russian Arctic.’

The melting ice means long-distance sea passages, such as the Northern Sea Route (NSR) from eastern Siberia to the North Atlantic, are increasingly navigable. Sailing a container ship from China to northern Europe via the NSR can substantially shorten the journey time via the Indian Ocean and Suez canal.

All this competition over territory, trade routes, resources and mining rights are disputes about the division of spoils between our masters. It is they and not us who exercise power. Our Greenland fellow-workers will eventually come to comprehend that their ‘independence’ will be in name only and should not be fooled by extravagant promises and lucrative pledges.