Externality – a consequence of an economic activity which affects other parties without this being reflected in market prices (Oxford Concise English Dictionary)
British chicken – annually the UK slaughters a billion chickens, about fifteen per person per annum. (Bureau of Investigative Journalism) 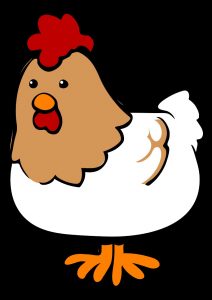 In effect an externality means acquiring something at a price lower than necessary if negative effects were to be avoided or compensated for. A few common examples include such acts as taking occupied land for other uses without agreement or full compensation; poisoning air, water or food of local inhabitants near mines, factories and industrial agricultural sites; habitat destruction for industrial use; carbon offsets by which companies in the richer countries pay for CO2 pollution caused by them by funding reforestation and similar green projects in other countries. So let’s look here at just one aspect of the UK’s involvement with some of these externalities connected to the rearing of these millions of chickens in Britain recently highlighted by the Bureau of Investigative Journalism.

The link begins between the giant corporation Cargill and a little heard of, but vast area, the Cerrado in Brazil which is being deforested at an alarming rate for the mass production of soya beans. Some 100,000 tonnes of these soya beans are used to feed those millions of British chickens each year. The Cerrado is a vast tropical savannah hugely significant for its capacity to store carbon dioxide. It is a crucial part of South America’s water system and home to many indigenous communities and endangered animals. It is an area smaller than the Amazon but has far weaker protections. Between 2008 and 2012 the rate of forest loss in the Amazon slowed by 67 percent whilst the Cerrado forest continued to disappear at an alarming rate. There, in the decade to 2018, 95,000 sq km of land was lost, 66 percent more than the Amazon which is three times its size. It now has only half of its original cover. The Cerrado region is estimated to account for 90 percent of soya-driven deforestation in Brazil. Covering more than 20 percent of Brazil’s land size it is a huge carbon sink, critical for eight of Brazil’s twelve river basins and is integral to the hydroelectric power plants producing 80 percent of Brazil’s electricity.

A Dutch NGO ‘Aidenveronment’ has confirmed vast deforestation and fires on land used or owned by Cargill suppliers in the Cerrado, and that the already huge area of monoculture soya is growing rapidly alongside land-grabs and violence.

In August 2020 a Bureau of Investigative Journalism team tracked a bulk tanker carrying soya beans from Cargill and two other companies in the region from a port near the Cerrado to Cargill’s soya plant in Liverpool. Here the beans were processed at Cargills’s soya crushing plant and from there to Cargill’s poultry feed mills in Hereford and Banbury where a mixture of the soya with wheat and other ingredients is produced. This UK Cargill facility operates under the name of Avara, a joint enterprise with British producer Faccenda. Avara supplies chickens to McDonalds, Asda, Lidl and Nando’s whilst also being the largest fresh chicken supplier to Tesco.

Annually the UK slaughters a billion chickens – about 15 per person, which accounts for about 60 percent of the UK’s imported soya consumption. Probably an externality little known or thought about?

Regarding deforestation it is possible that a UK company may have a declaration of no trade with companies involved in illegal deforestation but in this instance, and as an example, Brazil has widespread legal deforestation. Then, regarding the soya supply chain between Brazil and the UK, Cargill admit that their 2010 commitment to eliminate deforestation by 2020 has not been met, and now extends it to 2030 – which experts say is too late on the global warming agenda.

This is just one example of the spider’s web-like tangle between a commodity and an externality. When looked at in depth it seems the globe is an extensive minefield of externalities. How much effect can just one community of the millions of communities around the world have on their own particular problem? Consider some of the many negatives experienced by local communities in wildly different circumstances and environments from the Arctic to the Sahara, east to west, north to south. Faster melting ice, increasing wild fires, severe weather problems, inundation of low lying farmland and islands, filthy air from excessive traffic, industries and coal burning for electricity causing severe health problems; rivers poisoned by industrial and agricultural waste; overuse of pesticides and herbicides especially in intensive farming causing severe species decline; massive ocean pollution, especially plastics; microplastics, heavy metals and poisonous chemicals found in urine samples in all ages of populations around the world. We are mostly steered away from knowing about such problems, let alone thinking about them, by corporations using enormous amounts of money on advertising to draw us in to the many benefits of buying, using, eating and showing off their products.

The divisions between populations around the world, whether nationalism, racism, politics, or economic status, are not natural events. They have been deliberately forged over long periods of time by the powerful sectors seeking their own interests and profits whilst creating wedges between each country’s workers. Workers forced into competition with each other to keep their share of the market, their share of employment, their chance of a decent wage and subsequently blaming the other for unfairness and inequality. So where does the responsibility lie? Do we stop eating chicken? How many more of the thousands of examples like this could be brought to our attention?

Without widespread understanding of at least some of the myriad connections – agricultural methods, global distribution chains, reporting of international agreements re carbon capture and carbon credits payments, the very structure of the capitalist system – how are all these diverse and far-flung populations supposed to understand that what they are eating, wearing, driving, buying and using could be damaging other populations, environments and the world itself?

What is desperately required is a global solution without all these conflicting and competitive issues. The vast majority of the global population share the brunt of all the basic problems as their interests are not those of the ruling elites and corporations. Those in control of the system continue to keep us in check but we the people have to wake up to the realisation that the future is in our hands.