In September the UK Defence Secretary was forced to issue a public denial that the military was proposing to get rid of its stock of 227 Challenger 2 tanks, right after a government review suggested that very thing (BBC News, 12 September – bbc.in/35O4CTu). True-blue nationalists, in love with the idea of rolling over foreigners in 60-ton behemoths, were understandably upset at the prospect. But the truth is that the Challenger is outgunned and obsolete, several times over. The larger truth is that the tank itself is an obsolete concept in an age of armour-busting drones and long-range missiles.

Actually, most of Britain’s war capability is obsolete, insofar as it exists at all. 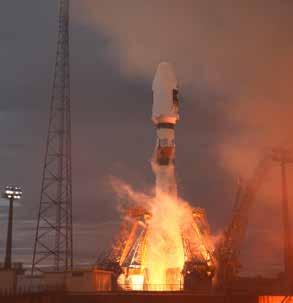 Years of budget cuts have reduced personnel and equipment to a fraction of their former strength. The air force has dropped to 119 fighters from 850 in 1989 (dailym.ai/33NmVFN). The British navy has scrapped all its jets, and seen its warship fleet decline from over 900 warships in 1944 to 115 by the time of the Falklands war and now to around 24 (bit.ly/2ZTUN2F). In 2010 it was still patrolling Somali waters on a pirate hunt, now it can barely patrol UK waters, and has completely withdrawn from the South Atlantic, thus rendering the original Falklands slaughter even more absurd. In 2014 Russia parked an armed cruiser off the coast of Scotland, causing red faces at the Admiralty, as the navy’s only available warship was at Portsmouth. Later that year, in the Islamic State crisis, the US and France sent aircraft carriers to the region, but Britain had just sold its last carrier for scrap and just had to look on like the poor relation.

Since then Britain’s splashed out £6bn on two new carriers, contracted by Blair’s boom-time Labour government, which Cameron’s later Tory austerity government couldn’t wriggle out of. But as the BBC reported in June this year with unintentional comedy, ‘The National Audit Office highlighted concerns over missing key elements such as aircraft and support ships’ (bbc.in/32LRbS2). What is the point of buying an aircraft carrier when you don’t have any aircraft to carry, you ask? Well quite. But carriers are a mark of prestige and the entry price to the top diplomatic table. If you don’t have them, goes the thinking, Johnny Foreigner can bowl all sorts of low balls while you’re stuck in the pavilion. Witness China, which had to back down ignominiously, after sabre-rattling at Taiwan in 1996, when the US sent two carrier battle groups to the Taiwan Strait. But since then China has been building anti-ship ballistic missiles that can sink a carrier from 1200 nautical miles away, which makes the UK’s new purchases look even more like shiny white elephants, especially as it doesn’t have the sailors to keep both of them at sea simultaneously and only plans to buy enough F35 fighters for one of them (bit.ly/2RH4Jbc).

As so often with today’s political and geopolitical scenarios, TV’s Yes Minister got there first in the 1980s, on that occasion over the question of buying Trident to replace Polaris missiles. ‘Trident is beautiful,’ declaims Humphrey Appleby, ‘it’s the nuclear missile that Harrods would sell. Of course we don’t need it, but you could say that about anything at Harrods’ (youtu.be/XyJh3qKjSMk). The purpose of British defence policy, he explains for the benefit of the naïve, is not to defend Britain, because that’s impossible, but only to make British people believe that Britain is defended (youtu.be/9KId-GgDcGk). The only thing anyone knows about weaponry is that it’s ridiculously expensive, so it must be good, and that goes double for aircraft carriers. England’s NHS budget is £133bn, after all, so £6bn for a bit of nationalistic feelgood therapy doesn’t seem so extravagant.

But war has changed. For one thing, it is increasingly asynchronous, and heavy conventional weaponry is not much use against a guerrilla enemy you can’t see. For another, AI is starting to replace people, and can now defeat top fighter pilots in aerial dogfights (New Scientist, 25 August – bit.ly/3hTQx9D). Meanwhile in dark fetid corners, state-backed spooks continue to nibble away at each other’s cyber security systems. But neither AI nor hackers can do anything without communications, which is why the key arena is now space. Satellites have become the de-facto battlefield weapon, not only for precision-guided munitions but for most other ground-support operations, including knowing where the other side is and what it’s doing. Who wields the big stick on Earth is whoever’s got a sat-nav system in space. Today there are four navigational satellite systems in orbit, America’s GPS, Russia’s GLONASS, China’s BeiDou and the EU’s Galileo. Britain sank a lot of cash into Galileo before being unceremoniously booted out of the partnership because of Brexit, thus scoring a massive own goal the Brexiteers certainly didn’t see coming. Other systems are emerging for India and Japan, and more will follow. The idea of everyone sharing one single system for peaceful purposes is of course silly idealistic nonsense in a world of competitive markets.

Capitalism increasingly relies on satellites for all its communications and financial transactions. Today there are around 2,600 in orbit, but this is set to increase by at least an order of magnitude as more countries and corporations heft their hardware aloft. SpaceX alone plans to put around 42,000 satellites into orbit, in order to provide global internet access. Pretty soon astronomers will barely be able to see for space junk as everyone and his dog scrambles to join the thousand-mile-high club.

In light of all this it’s obvious that if you want to take down a country, you need to take out its satellites, thus a war in space looks ever more likely. The US has since 2010 been experimenting with an uncrewed reusable space plane, the Boeing US X-37B, running highly secretive space flights of up to two years’ duration. India launched a prototype in 2016, and the Chinese recently launched their own secret space plane from a space port in the Gobi Desert (Nasa, 4 September – bit.ly/2ZSS4Xe). What are these uncrewed space planes for? That’s anybody’s guess, but military would be a good bet. Whoever has planes patrolling space has their boot on the neck of potential enemies. When the shooting starts, the satellites will be the shooting stars.

In a post-scarcity society of common ownership there won’t be any reason to fight wars, but in capitalism, war is the logical extension of normal business operations. The technology changes, war doesn’t. Generations grew up in the shadow of the atomic bomb, but the next war might be over even faster than it takes for an ICBM to cross a continent. You won’t see it, you won’t hear it. It’ll just be a power cut. It won’t seem like a catastrophe, nothing that spells a return to the middle ages. You’ll just go outside to ask the neighbours what the hell’s going on, and then stare in wonder at a sky full of burning rain.