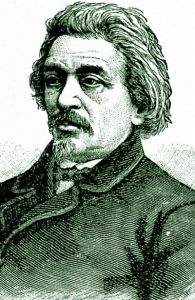 of Robert Owen in Manchester. He contributed to their paper The New Moral World and was interested in their scheme to establish a network of communistic colonies. He was also aware of other groups in France with similar ideas. He was what he himself would later call a ‘utopian socialist’, which was not meant as a criticism of their aim but of why and how they saw socialism coming about.

In February 1845 he took part in a campaign organised by Moses Hess to popularise the idea of communism in their native part of Germany, now the city of Wuppertal. As part of this campaign a series of three meetings was held in Elberfeld. Engels spoke at two of them. In the first, on 8 February, he set out the case against ‘present-day society’ and for replacing it by communism.

His criticism of the existing system, which he called ‘free competition’, was that it was based on ‘individualism’ in the sense that each individual was left to fend for themselves to obtain the money to buy what they needed to live; this led to a war of all against all in which everyone competed against everyone else. The alternative to this ‘individualism’ was communism (or what Robert Owen and the Owenites he had met in England called ‘socialism’) where, instead of people competing against each other to get a living they would co-operate to produce and share out what they needed. As he put it:

‘In communist society, where the interests of individuals are not opposed to one another but, on the contrary, are united, competition is eliminated. As is self-evident, there can no longer be any question of the ruin of particular classes, nor of the very existence of classes such as the rich and the poor nowadays. As soon as private gain, the aim of the individual to enrich himself on his own, disappears from the production and distribution of the goods necessary to life, trade crises will also disappear of themselves. In communist society it will be easy to be informed about both production and consumption. Since we know how much, on the average, a person needs, it is easy to calculate how much is needed by a given number of individuals, and since production is no longer in the hands of private producers but in those of the community and its administrative bodies, it is a trifling matter ‘to regulate production according to needs’ (his emphasis).

Hess spoke the following week and, besides dealing with the objection that communism was against human nature and the question of who would do the dirty work, made it clear that as in communist society ‘the aim of the individual to enrich himself on his own’ would disappear so would money:

‘We all have to peddle our life-activity in order to buy in exchange the life-activity of other men – and what is the sum total of all our faculties and of all our forces, which we throw on the market and which we must turn into money, but our own whole life? It is not our body, which we only touch from the outside, but its real force that constitutes our life. When we sell this force of ours we ourselves sell our very life. Money is the mark of slavery; is it not therefore but human value expressed in figures? But men who can be paid, men who buy and sell each other, are they anything but slaves? How can we begin to escape from this traffic in men as long as we live in isolation and as long as each person has to work for himself on his own account in order to gain the means of existence? Who gives us the means of life, the means of our physical and social activity if we don’t gain them by buying and selling our own life?’ (www.marxists.org/archive/hess/1845/elberfeld-speech.htm) 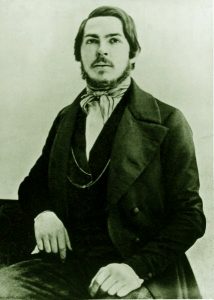 peacefully as a result of social reforms such as education for all workers and communist colonies for the unemployed paid for by a progressive tax on incomes. Later that year, as he and Marx clarified their ideas, they came to the conclusion that ‘present-day society’ was not based on everyone trying to exploit everyone else but on the exploitation of the ‘proletariat’ (the working class) by the ‘bourgeoisie’ (the capitalist class) and that a communist society would come about as the result of a political revolution in which the ‘proletariat’ would overthrow the rule of the ‘bourgeoisie’.

However, Engels never changed his view that communism was a society based on the common ownership of the means of life with production carried on directly to satisfy people’s needs and which by the 1880s he had come to call ‘socialism’.

The full speech can be found here: tinyurl.com/y44gjssd