Switch over from TV current affairs programmes to those on DAB radio, and you’ll notice quite a shift in tone. The telly’s news bulletins and shows like the BBC’s Question Time or Newsnight appear airbrushed and staid when compared with the more blunt discussions found on the commercial talk radio stations.

With nearly three million listeners each week, the heavyweight in the market is LBC, which as the London Broadcasting Company was the first licenced commercial radio station, back in 1973. It became more widely known after relaunching nationally on the DAB platform in 2014 with the self-aggrandising boast of ‘Leading Britain’s Conversation’. In 2017 the station gained further publicity from its interview with Diane Abbott MP when she made a hash of explaining Labour’s funding plans for the police, and also when it ditched Katie Hopkins as a presenter for advocating a ‘final solution’ following the Manchester Arena bombing. Not all of LBC’s hosts are poisonous rent-a-gobs like Hopkins or Nigel Farage, whose regular programme was dropped a few months ago. James O’Brien’s phone-in slot often shows up racists and xenophobes for what they are, and he wearily ran rings around Jacob Rees-Mogg when interviewing him about the practicalities of leaving the European Union. Frosty conversations are a hallmark of LBC.

Less popular, but more populist is TalkRADIO. This station, relaunched on DAB in 2016, follows a similar format of having phone-in discussion programmes helmed by opinionated hosts wearing headphones. While LBC presenters are more likely to try and catch out their interviewees, TalkRADIO hosts tend to bring in guests who reinforce their own opinions, which are invariably of the patriotic, right wing libertarian variety. This stance reflects who ultimately owns the station: along with Virgin Radio, Times Radio and Talksport, it’s part of Wireless Group, which is part of News Corp, owned by pro-Trump Rupert Murdoch.

Among TalkRADIO’s regular presenters is Mike Graham, who refers to the station as being ‘the home of common sense’ for the ‘silent majority’. He lays out his trade when he says on one show ‘we don’t need any lessons in history from the Guardian reading yoghurt knitting lentil munching morons who think that there’s something wrong with the United Kingdom of Great Britain and Northern Ireland’. As well as presenting The Independent Republic of Mike Graham, he chairs Plank of the Week, where he sits with a couple of other pundits to slag off people recently in the public eye. One ‘plank of the week’ was Banksy for his efforts in arranging a boat to rescue migrants at risk in the Mediterranean Sea.

Another frequent target is ‘woke’ culture, which the station associates with transgender activists, Black Lives Matter (‘a ghastly, horrible organisation that would like to see the destruction of everything that is good about Britain’, according to Mike Graham) and Extinction Rebellion (‘pathetic’, so says another presenter, Mike Parry). The station particularly focuses on its rival the BBC’s emphasis on diversity. For instance, Ian Collins in his show called the BBC directive about training its staff in avoiding racial bias ‘absolute cast-iron bonkers’ and other presenter Dan Wootton slated the BBC for being obsessed with ‘vile, toxic, tribal identity politics’.

The ‘wokeness’ of the BBC is also criticised because having a ‘liberal London groupthink’ means that it isn’t as impartial as it is supposed to be. On one of Mike Graham’s shows, regular guest and TV presenter Neil Oliver says that news is expected to be neutral, ‘a magnolia paint colour version of events’, and that the BBC gives this impression to disguise its left-leaning bias. On one of his shows, Ian Collins adds that BBC presenters should leave their political opinions on subjects such as Black Lives Matter outside the studio. But he, and the other TalkRADIO presenters, aren’t shy to inflict their own views on us. They simultaneously berate the BBC for being biased while making the most of their own biased broadcasting.

Whether or not the BBC is partial in the way TalkRADIO accuses, it’s right to point out that the BBC isn’t impartial. And it can’t be impartial, because it is part of the establishment, and therefore reflects the ideology which maintains the status quo. It’s partial towards acceptance of the system overall. TalkRADIO is the same, just in a more extreme and in-your-face way.

While the BBC has to stick to stricter editorial rules than TalkRADIO or LBC, all news broadcasters have to follow Ofcom’s code of guidance about ‘due impartiality’, which means that alternative views should be considered. Earlier in the year, TalkRADIO was found not to have done this and was fined £75,000 after former presenter George Galloway discussed allegations of antisemitism in the Labour Party and the role of the Russian state in the Salisbury poisonings. When the station’s presenters do cite different opinions or interview activists, it’s invariably with a dismissive, sneering tone.

TalkRADIO’s preoccupations are shown by how it repeatedly latches on to the same kind of subject in the same kind of way. Its recent fixations have included dance troupe Diversity’s Black Lives Matter routine on Britain’s Got Talent and the possibility of ‘Land of Hope and Glory’ and ‘Rule Britannia’ being removed from the Proms because of associations with colonialism. While these and any topic should be discussed, TalkRADIO doesn’t scrutinise, for example, Donald Trump or Sky News. Nor does it have programmes about poverty or exploitation or environmental threats or war. The subjects the channel doesn’t cover tell us as much about its stance as those which it does.

TalkRADIO’s critique (if it can be called that) of left-wing ideology would be of interest, 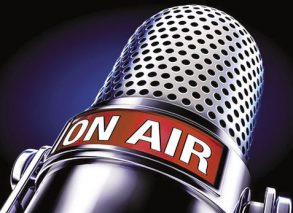 but it’s based on a caricature, and it comes from a cynical, cold place. A distorted worldview. Listen to TalkRADIO for too long, and you’d think Britain is divided only into ‘lentil munching morons’ infatuated with diversity quotas, and the Union Jack-waving ‘silent majority’ fed up with ‘political correctness gone mad’.