A common objection to the realisation of socialism is that it’s a nice idea, but 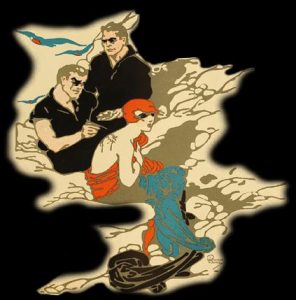 contrary to human nature. This presupposes that there is a human quality fixed for all time acting as a prophylactic to prevent people collectively achieving a more benign society. Motivated by self-interest, individuals will act against the common interest.

There is more than a little anecdotal evidence for this being the case. Many a survey has declared that voters are prepared to pay higher taxes to better fund the NHS. Come election day, secluded in the polling booth, many then vote for the party offering tax cuts.

Infallible proof surely that human nature, a secular version of original sin, mitigates against the possibility of socialism. If people won’t countenance a modest tax increase for the general good of society, then they certainly won’t storm the citadels of capital.

The raising or lowering of taxes, of course, actually changes nothing in terms of how capitalism functions. A reformist party raising taxes does draw down from surplus value in the short term, while lowering them reduces this social tapping. The economic health capitalism largely determines which of those policies will actually be pursued.

Socialists point out the human species only survived because for most of pre-history, amounting to hundreds of thousands of years, cooperation was fundamental to survival. Human nature, as with any animal’s nature, is posited upon survival, the factor that determines how that nature manifests.
Human nature, therefore, rather than being fixed, is flexible, shaped by circumstances. In a society driven by competition, pitching individuals against each other and driven by the expectation of accumulation, human nature reflects this.

Even acknowledging such being the case does not entail a single, predictable expression. Self-interest may lead a person to say one thing, favour tax increase for the NHS, and yet do the opposite by voting for a tax decrease. The former offers the benefit of social kudos, the latter a perceived personal financial benefit.

Conversely, matching action to sentiment, a vote for tax increase may be a recognition, tacit or otherwise, that self-interest, in this case health care, is best served by having it properly funded and available if and when the individual needs it. A recognition that a social good is a personal good.

Both viewpoints are perfectly reasonable within the context of capitalism. Wanting to move beyond capitalism, though, requires the individual to recognise that their best interests are served through developing a society based on democratic common ownership of the means of producing to meet need rather than profit.

While the NHS is not a socialist institution it does have a social ethos at its base. In principle, people are treated according to immediate need not their ability to pay. That ethos is massively constrained by having to operate within capitalist parameters that limits the availability of treatments and their further development.

It is possible for an individual to be selfish and look only to satisfying personal needs. Perhaps, if not rich but comfortably off, it can seem there is no real imperative to pursue socialism. A moral case could be made highlighting the poverty of others, but a little charity and the conscience can be assuaged. Hardly an imperative for action.

However, comfortably off can quite quickly become discomfort. Capitalism is persistent but inherently unstable. Economic crisis can very rapidly impoverish swathes of the once well to do. Then there is the constant threat of war as competition between nations for economic advantage becomes bellicose.

Climate change and pandemics are exacerbated by the need for profit overriding the need of people for measures, and expenditure, to deal with them. Is this because capitalists are selfish? Probably some, maybe many are, but even if they weren’t it would make no difference. Capitalism can only operate by accumulating surplus value, profit.

In an ideal capitalist world in which everyone had become shareholders they would have to be selfish enough to want the companies their shares were in to prosper at the expense of competitors. Even without a parasitic capitalist class, fundamentally nothing would change while profit remained the driving force behind production.

Not that capitalism could exist without a capitalist class and it is in their selfish best interests to continue making profits. Or is it? Depends on how short or long term a view selfishness takes. Even a trillionaire ultimately does not benefit from the earth succumbing to global warming, increasing occurrences of pandemics or global military conflict erupting from trade wars. Even arms dealers perish.

For the vast majority, the world’s workers, it would serve them well to be selfish. If each individual decides he or she does not want to be frazzled by rising temperatures, left gasping for breath by the latest zoonotic virus, blown up by insurgents or air strikes, worried by financial insecurity, fretting about the future for the children and grandchildren et al, then become greedy.

Never mind about fiddling with taxes, decide to take the whole world. Socialist selfishness can only be realised through each selfish individual working in concert with every other one. A person’s own welfare and interests, rather than altruism, is a concrete starting point, a foundation on which to construct the socialist case.

Of course, selfishness can be negative and even destructive, but it is not necessarily a barrier to cooperative social progress. Human nature, in so far as it can be identified and defined, is not a fixed determinant of human behaviour. If there is an aspect of it that’s a problem for socialists it’s not selfishness but caution, a reluctance to leave behind the known, however unappealing, and step towards the unknown no matter how promising it seems.

Socialism has to become more than a nice idea and accepted as a necessity. If self-interest, selfishness, can play a part in that, all well and good. Then human nature can do what human nature does, adapt to a new world of cooperation. Just as it has done for the vast majority of human existence.

One Reply to “Selfishness”