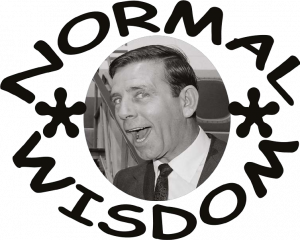 Reginald was fortunate to find gainful employment with the General Steam Navigation Company at Tower Hill, to which he bicycled the length of the Old Kent Road. In its way, it was a precursor of today’s call centre. Ranks of commuter captives processed bills of lading recording the movement of mysterious materials between unheard- of locations.

Most of Reg’s companions seemed reconciled to spending their working lives there and others were close to the end of servitude. A few could be spotted nodding off after discussion of last night’s television and football was exhausted; some of the ex-military managers sported trim moustaches and buttonholes, refreshed daily by their wives from suburban gardens. After the shocking novelty wore off, Reg, like the chained escapologist who entertained crowds outside in the lunch hour, began to plan how best to wriggle free from his confinement.

After deciding on his treble from Sporting Life he would make his way each day to the bookie, past religious zealots, tattooed freaks and an angry bloke shouting about the abolition of wages.

Years passed slowly and uneventfully and a fretting Reg began gingerly to embrace the Age of Aquarius, Lady Luck having kept her distance. An advert in Oz magazine for a lackey in a Chinatown laundry was redolent of Eastern promise and opportunities to let everything hang out. His new daily tasks remained humdrum but he didn’t let mangle  injuries deter him. Lunchtimes were spent at a theatre showing short plays, with sandwich, in St Martin’s Lane.

His first visit, a production of The Exception and the Rule, haunted him for some while. It told of a rich and cruel merchant crossing a desert to close a lucrative deal. As water begins to run out, his porter attempts to offer his master refreshment from his own bottle, which is mistaken for a sly attack and the porter is shot dead. Its message was that common humanity has become increasingly alien and the friendly man should be afraid. Reg, however, soon became distracted by less elevated matters and adept at pilfering sums from the laundry’s antique till, which he spent at Bunjies Folk Cellar, a haunt of bohemians and what were called ‘existentialists’. There he learned of the life of the poet-boxer, dandy and legendary provocateur, Arthur Cravan, who tangoed till dawn and had a penchant for pulling down his pants in public. By comparison, Reg felt a nonentity: he was notable only for ironing Rudolf Nureyev’s underwear.

Wishing his pockets could be well protected at last, Reg discovered that Mr Wang and the 1980s had other ideas. His lack of tonsorial and hygienic
fastidiousness deterred prospective employers and he eventually settled for a part-time research operative job at Pussy Global, which operated from a Croydon basement.

His first assignment did not augur well. What did unsuspecting recipients of his phone calls ‘think of Barker’s cat food? Choices were: a) It’s meowtastic; b) I’m purring with pleasure; c) I’m quite pleased with it; d) I’m neither pleased nor displeased with it; e) I’m a smidgen displeased with it; f) It could have been a bit better, all things considered; g) I detest it. Once a respondent had calibrated their response, Reg would ask: ‘Would you recommend Barker’s to a friend?’

Since most purchasers immediately cut him off or yelled ‘I don’t give a stuff’, he began to wonder whether his time could be spent more fruitfully. Was he contributing in his small way to unrelenting civilisational progress or was he totally away with the fairies? Could it be that interest in human beings was essentially as consumers? As he understood that three-quarters of the population didn’t enjoy their work, Reg wondered if his spare-time pleasures — playing the ukulele and baking bread (not simultaneously) might somehow mutate into a new career.

There he rubbed shoulders with and was tipped by the rich or degenerate, lugged their Gucci suitcases, opened limousine and luxury suite doors, delivered champagne and smoked salmon, dealt expertly with soiled laundry, ran iffy errands and retired exhausted to a bedroom the size of a lift
but lacking muzak. Guests too mean to tip him should have been advised not to use their toothbrushes that night, or ever again.

Exasperated, he suggested that his strumming  talents might be displayed in the piano bar occasionally, but this merely resulted in an enforced spell of cleaning windows. Reg, sick of ups and downs, needed a change of direction.

A foray into left-wing politics was unfortunately no less disappointing. A brief encounter at a tube station enticed him into the heady world of day-to-day struggles and permanent revolution, which to an innocent’s delight looked just around the corner. He was briefly a Trotskyist among younger and much better-educated comrades, who foisted upon him an eternal and universal ‘truth’ capable of being known only by an elite. Barricades would be needed, ‘false consciousness’ and Roneo machines abounded and ends justified means. It was recommended that he read something called Grundrisse but
he never got past page 6 (a wag at work remarked ‘Oh, yeah, read that – the butler did it’).

After a few years propositioning the passing general public, he began to sense his IQ slipping relentlessly into the gutter. He briefly flirted with groups of
assorted anarchists but was struck by their refusal to abide by majority decisions unless they wanted to and a preference for small medieval-like networks with knobs on.

Reg, losing weight and feeling queasy, resorted to remedies at Speakers’ Corner, where Islamic fundamentalists, messianic vegans and a man expounding a world of free access vied for attention. His diet in the days before his wage packet was unappetising leftovers well past their sell-by dates. Big Macs began to look mouth-watering.

Uncertainty being ever-present, Reg took to the security business next. Muscles ‘R’ Us provided vigilant stewarding at a variety of venues, Lord’s Cricket Ground being our neophyte’s baptism. The domain of the rhubarb and custard tie was a place of strict protocol, with obligatory collared shirts, tailored
blazers and trousers required to be tucked into Reg knew not precisely where. His confusion of debentures with dentures added to his problems and led to multiple fracas.

Sotheby’s, however, was an oasis of calm and orderliness. Russian oligarchs, Arab royalty and investment fund managers were no trouble at all and happily paid market price millions for pieces eminently suitable for storage in Swiss vaults or places well out of sight. Buyers refreshed themselves beforehand in the auction house restaurant, which served Lobster Club Sandwich, Tempura King Prawn, Lemon Beurre Blanc, Caviar and a bottle of Château Haut-Mayne for not much more than three figures.

Reg slipped out for a quick break when he could: he was a proud supporter of the persecuted BLT community, although he usually took the lettuce out first.

The last episode in Reg’s working life saw him seek to bring some dignity and, he hoped, sunshine to the lives of the isolated and elderly housebound. Only the lonely knew the way he felt at night. Initial experience of the Care Time agency suggested he’d found his calling, but as the rota of domestic visits lengthened a limit of only 15 minutes was scheduled for each stay. To help wash, dress, feed, take out the bins and interact at break-neck speed was more an insult than a blessing. Rosy, who enjoyed telling saucy tales of her time cleaning betting shops, offered him coins from her purse to finish his tasks; Cyril, once something in the City, pledged to slip him a few quid to prolong the highlight of his day. Reg always refused money and completed what was necessary although this increased the length of his working day, to the extent that half of his duties – sometimes stretching to 17-hour periods – were unpaid.

He took care to avoid the spitting, vomiting, muggings and stabbings when returning home late at night. And he never did find time to read his carer’s guide and safety rules which, like the list of side-effects accompanying medications, were there chiefly to evade litigation and financial liability.

Reg’s suppressed desperation ended at Bognor Regis, a shelter from the storm 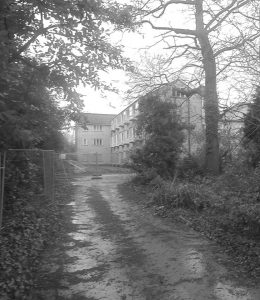 offering semolina pudding on Friday and bingo as necessary. He knew he mustn’t grumble. Bouts of depression increased despite royalty’s constantly expressed concern and he looked back on his past with a sort of tender
contempt. Shallow politicians, upright when creeping and dignified at their most stupid, extolled a better society; campaigners strove to eradicate persistent iniquities; and the almighty gods of science and technology were gradually to free humankind.

All had proved illusory and he scorned commerce’s sugared lies. Economists revised projections of their adjusted figures and concluded something more or less approaching ‘no idea’. Things, thought Reg, were either absurd or there was an order which we can aspire to and actually trust. Why had he not assumed greater responsibility for the course of his life and known his place on the global Monopoly board? He did, though, take some comfort that he was now well out of harm’s way.