Editorial: Why capitalism can’t work for us

Capitalism is a way of organising the production and distribution of wealth where goods and services are produced for sale and where the resources needed to produce them are owned by just a minority of the population. This combination of minority ownership and production for sale gives rise to economic laws which govern the operation of the system. It means that, to get a living, the excluded majority are forced by economic necessity to find an employer who will pay them a money wage which they use to buy what they need to stay alive.

Wages are a price, the price of human mental and physical energies that can be used to produce wealth. That price is determined by what it costs to buy the food, clothes, housing, entertainment, etc needed to create and recreate those energies. In other words, wages reflect, other things being equal, the cost of living. This, however, is less than the value produced when workers labour to produce wealth for sale. As a result, the owners of productive resources realise a profit when they sell what their employees have produced. Capitalist production is thus not simply the production of goods and services for sale but their production for sale with a view to profit.

The source of the incomes of the two classes in capitalist society is wages for the excluded majority and profits for the owning minority. Wages always reflect the cost of living; making profits become the primary aim of production.

This being so, as long as capitalism lasts, there is little chance of the excluded majority getting to consume more than they need to create their particular type of working skill, nor of production serving any other aim than profit-making.

The law of wages says that, if part of what workers need to consume to recreate their working skills is covered by a payment from the state or by a free service, employers won’t need to pay them so much as wages. What one hand gives the other takes away.

The law of profits says that anything that reduces profits or impedes profit-making, such as taxing profits too much or imposing measures that increase production costs, will provoke an economic downturn.

There is no escaping these consequences of attempts to reform capitalism to benefit the excluded majority.

Socialists draw the conclusion that there is no point in trying to reform capitalism to make it work in some other way That simply cannot be done. Efforts should be directed instead to ending capitalism by making the means of wealth production the common property of society as a whole, which will end the operation of the economic laws of capitalism and allow society to gear the production and distribution of wealth to satisfying people’s needs.

Common ownership – the abolition of class ownership – and production and distribution directly for use, that’s the only viable alternative to capitalism. 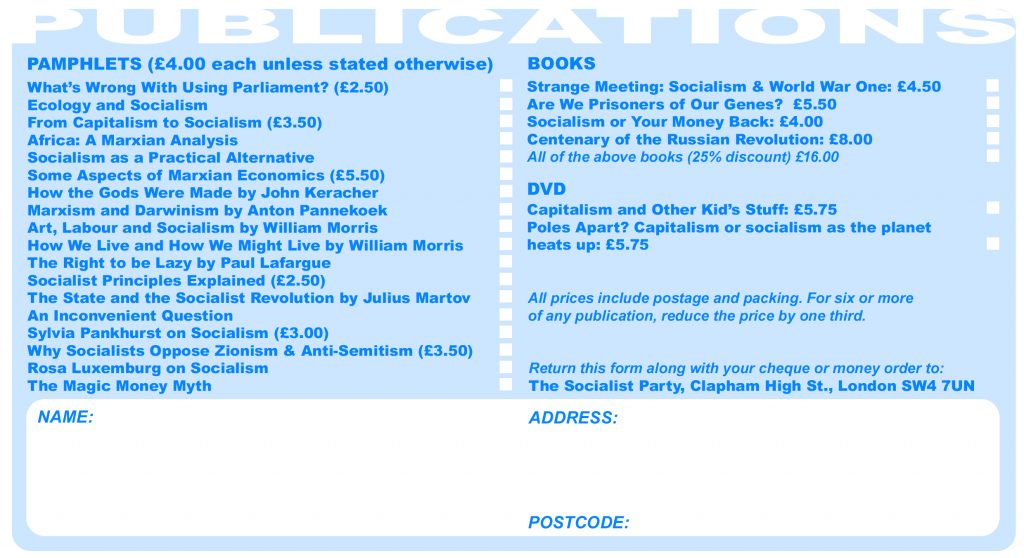