No comprehensive and detailed survey of the world’s resources in relation to needs of its people has ever been made. Those able to do this, the scientists and statisticians working for governments and inter-governmental organisations, have never been asked to collect this information. The politicians to whom they are responsible and whose task it is to preserve the capitalist system are not interested in whether the world could produce enough to meet human needs. They are more concerned with seeing that no more is produced than can be sold profitably. Nor would they welcome a survey that would expose the wasteful and restrictive nature of the system they uphold,

Nevertheless scientists have examined separately the various aspects of this question and their findings do establish one fact: the world has, and has had for some time now, the natural, industrial and human resources to provide for the needs of all its people.

In stating this we are merely saying what any well-informed person should already know. But in our attempts to convince people that Socialism (a world based on common ownership with production solely for use) would be a workable alternative to capitalism we come across a well-entrenched popular prejudice. We are told that the resources to abolish hunger and slums and ill-health and ignorance just do not exist. This is a prejudice that is encouraged by the economics that is today taught in the schools and universities with its 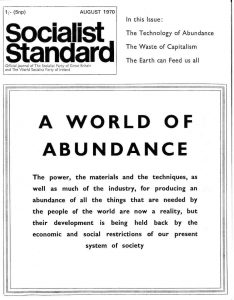 loose talk of “scarce resources”. Of course the supplies of what mankind needs are not limitless, but they are still enough to more than meet what is likely to be needed in the foreseeable future. The problem is not allocating scarce resources but arranging for abundance to be produced.

We are devoting most of this issue of the Socialist Standard to combating this prejudice by presenting the evidence on which we base our claim that a world of abundance is technically possible. We shall also argue that it will not be socially possible until a social revolution has made the world’s resources the common property of all mankind so that there will no longer be any vested interests to prevent their being used to satisfy human needs. 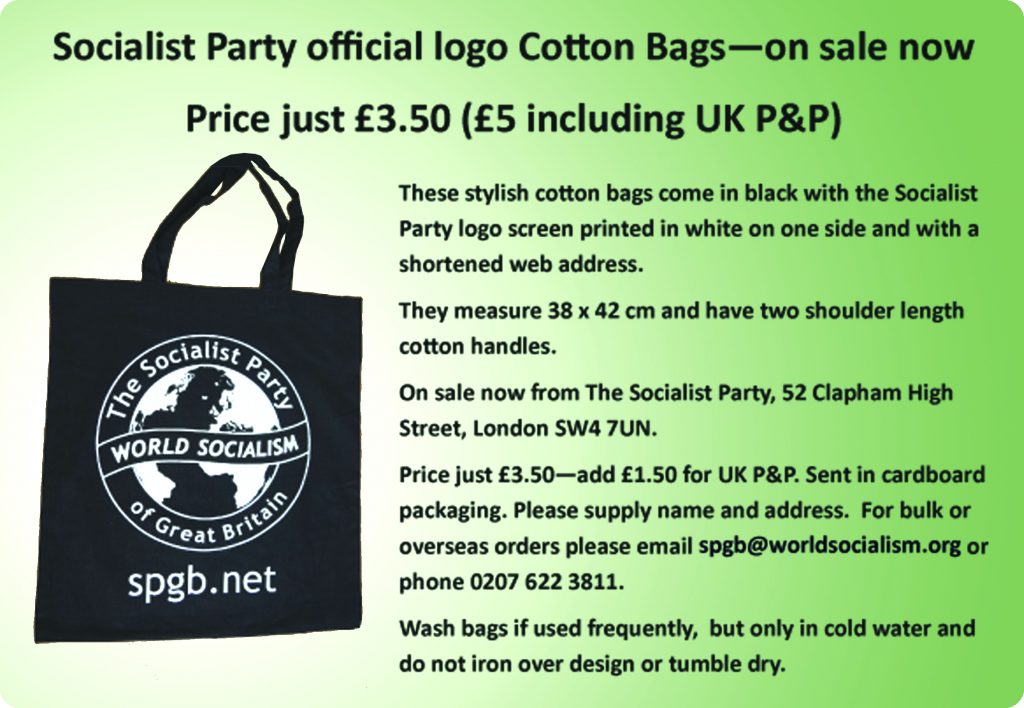