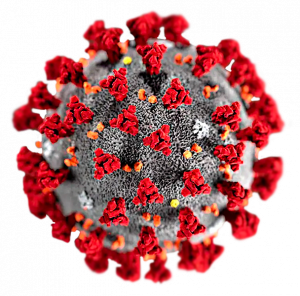 The pandemic grinds on, the death toll mounts, and politicians parrot platitudes that ring as hollow as their heads. The clueless UK government continues to pursue its pro-economy, sod-the-facts lockdown relaxation policy despite having made a balls-up of practically everything including transparency, contact tracing, keeping to their own lockdown rules and listening to the scientific consensus. The bombastic chutzpah of Boris Johnson strains credulity given that he has presided over the world’s worst death rate after only bollock-brained Trump in America and Bolsonaro in Brazil. No wonder that the chief editor of The Lancet has called for a public enquiry (New Scientist, 15 June – bit.ly/3fECIL8). No wonder too that one virologist commented ‘I worry that policy is being motivated by the need to come up with good news rather than evidence’ (New Scientist, 9 June – bit.ly/30Vk2mg).

And the British media seem happy to play the government’s game by promoting news stories about virus breakthroughs that look distinctly dubious. The latest of these is dexamethasone, which the BBC claims saves a third of patients on ventilators and a fifth of those on oxygen. The trouble is that the same article goes on to say that it will actually save one in 8 of those on ventilators and one in 25 of those on oxygen (BBC, 16 June – bbc.in/2Ncg6pn). You don’t have to be a mathematician to realise that 1/3 is not 1/8, and 1/5 is not 1/25. But it’s good enough news for the government, because dexamethasone already exists, and it’s cheap, and it works a little bit.

Meanwhile the search for a vaccine also grinds on, with over a hundred currently under investigation. It’s not the lab work that takes the time, it’s the field trials, since the only way to be sure a vaccine works in the long term is to wait a long term. That wait-time is further complicated by the fact that by the time vaccines are ready for trials, the pandemic could be naturally declining anyway, affording vaccinated test subjects little chance of contracting it. This is what happened with Ebola and why so many drug firms lost money.

One idea that’s been mooted, to get round this, is to vaccinate young people and then deliberately give them the coronavirus to see if the vaccine works. The chance of them dying is reckoned at around 1 in 3,000, yet no government has yet expressed a willingness to step over that ethical divide. Despite this, socialists will be warmed by one statistic. Even though the risk of death is small, it’s not nothing, yet 26,000 young people have stepped forward as volunteers (New Scientist, 6 June – bit.ly/2AFxBMh).

After months of nothing but virus news, the recent international protests over racism seemed to explode out of nowhere, yet of course they were decades and even centuries in the making. Perhaps nothing underscored the depth of feeling and the determination for change so much as the way in which statues were targeted, from those representing a slave-runner in Bristol and Cecil Rhodes in Oxford, to George Washington and Columbus in the US. In London, Churchill’s statue was boarded up and protected by a police armed response vehicle after Prime Minister Boris Johnson described supposed threats to it as ‘absurd and shameful’, although New Statesman considered this a ‘straw statue’ argument as there were no serious calls for its removal in the first place (bit.ly/2ANymmj). ‘We need to tackle the substance of the problem, not the symbols’, he also said, while demonstrating that he had no intention of tackling either, by announcing in a classic Yes Minister ploy the launch of yet another new commission on racial inequalities. When a government intends to sit on its hands and ignore the recommendations of all previous commissions on the subject, it launches a new commission.

Symbols are a big deal to a species that communicates in symbols, and people have been pulling down or defacing statues as long as sculpture has been an art form. Many churches in England have statues with the heads struck off by Cromwell’s soldiers. Many Roman statues of former emperors had their heads removed and replaced with later emperors. Ancient Egyptians destroyed the images of previous unpopular pharaohs. There is a timeless and understandable impulse to purge oneself of the past and its bad memories by vandalising its physical symbols in the present.

In a connected world where information is overloaded and attention spans are short, symbols matter even more. Now they are ‘memes’, image-based morsels, videos or ‘flash-poems’ that use humour and wit to convey at a glance something we never quite realised we also wanted to say. And clever ones can spread like wildfire. There are several online meme databases too, if you feel like catching up. Just compare the zesty ingenuity of the working class to the stodgy pomposity of the ruling elite, and ask yourself who the future really belongs to.

Perhaps that’s why capitalist businesses are increasingly indulging in ‘virtue signalling’ in order to loudly proclaim their supposed ethical bona fides, because they know how easily and how powerfully they can be damaged in today’s febrile social media world. Now Greene King and Lloyds of London have anticipated getting a pasting in the racist debate by apologising for their historic links to the slave trade (BBC, 18 June – bbc.in/2YG1TGk). It didn’t matter to them when the masses couldn’t talk back. But now every voice is a megaphone and every message multiplies at light-speed, any company with a dark past has a reason to be afraid. And socialists are in on the act too, with flash-mob-style meets on our Discord server to generate news-based memes for Facebook, Twitter and Instagram. It’s small-scale as yet but it’s what we need to be doing, because if enough good socialist memes get out there, things might start to swing our way. As socialists often say, the rich have to win every day, but the dispossessed only have to win once. And that’s a meme for starters.

The Memento Park in Budapest. Maybe in socialism there would be similar parks and galleries devoted to archiving the artefacts of humanity’s primeval and superstitious past, like a long night of insanity and terror that must not be forgotten on awakening, lest it one day be returned to.