Proper Gander: TV and the Virus

TV And The Virus

Now that many of us are cooped up at home, the wider world is, even more than ever, filtered through the media. E-mail, teleconferencing apps and social media have enabled us to keep in touch, raising the question of how much harder the lockdown would have been had it happened thirty years ago, with only landlines and the postal service at our disposal. The internet has helped us stay sociable and informed, even if it’s also the source of fake news, such as the wacky theory that the virus has somehow been transmitted through the new 5G phone masts.

As for printed media, the lockdown has accelerated its long-term decline. Even before the end of March, newspaper sales had fallen by over half within a few weeks. One bonus of this is that fewer people have been exposed to the likes of the Daily Mail and the Sun, reducing the risk of being infected with their bigoted opinions.

Television has seen a predictable rise in viewers, with people spending more time slouched on their settees. But what we’re watching looks different to how TV was just a couple of months ago, even in small ways. We’ve had a non-Christmas Queen’s Speech. Presenters on Breakfast and The One Show are making a token gesture by sitting a regulation two metres apart, with the latter feeling the need to prove it with a tape measure. Soap operas now seem even further removed from reality, featuring as they do such impossible scenarios as people in pubs and hopping from one neighbour to another. By early April, the first adverts made during the outbreak started appearing, with cynical and cringeworthy ads from internet providers cashing in on booming demand. Panel shows such as Have I Got News For You and Loose Women have survived by their participants videoconferencing from home, and seem empty without the studio audiences’ reactions. Otherwise, Breaking Bad box sets and endless repeats of Homes Under The Hammer are a temporary escape from the distressing updates on the news channels.

As the virus claimed more lives and the lockdown became the new normal, the tone and content of TV news changed. Directives must have been issued to producers to manage the messages sent out, to reinforce government advice about social distancing and movements being restricted, and to emphasise community spirit to maintain morale. A lesson about the influence of what’s broadcast would have been learnt early on, when reports about panic buying leaving supermarket shelves empty fuelled more panic buying, leading to a feedback loop. Noticeably, news coverage quickly switched away from disruptions to food supplies, as if a memo went round the newsrooms saying that they were making things worse. And there’s been an obviously thought-through emphasis on ‘good news stories’ such as Tom Moore raising money for the NHS by a sponsored walk round his garden, people on their doorsteps clapping for health workers Thursday evenings, and volunteers delivering supplies to those who are vulnerable and isolated. We need to watch something a bit more upbeat after hearing about the latest number of deaths and how the system is struggling to cope with the crisis.

The paltry number of people being tested for the virus and the lack of Personal Protective Equipment (PPE) supplied to staff working in appalling conditions have featured prominently in news programmes on all channels. Footage from hospitals and care homes has been heart-breaking to watch. The BBC, being closest to the state, has perhaps been a little less searching in its reporting than journalists from Sky News or Channel 4. The abilities of those in government to manage the system have only been challenged in a too-cautious way by the mainstream TV media. Donald Trump’s further descent into being some sort of Caligula has been reported with a weary matter-of-factness, and there were just a few grumblings by pundits about Home Secretary Priti Patel’s non-apology of ‘I’m sorry if people feel there have been failings’ over PPE distribution. Boris Johnson catching the virus took up most of the TV news for days. Reporters have politely shelved any criticism of him since he went into hospital, although Jon Snow on Channel 4 News managed to hint that he might not really have been unwell enough to need to be in intensive care. Presumably the nurses who treated him there weren’t among those reduced to wearing bin bags and homemade masks.

Some wider social problems behind the situation have been raised on TV news, such as 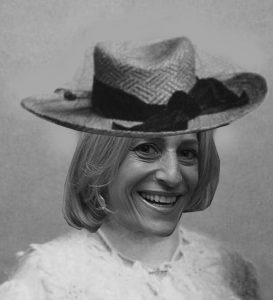 how the virus is disproportionately affecting people from non-white ethnic groups, who overall also happen to more often live in overcrowded conditions and have smaller incomes. Emily Maitlis, on 8th April’s edition of Newsnight pointed out that poorly paid and overstretched workers in shops and care homes are particularly at risk from the virus, adding ‘what type of social settlement might be needed to be put in place to stop the inequality becoming even more stark?’. But as one David Osland tweeted, ‘a couple of offhand remarks mildly praiseworthy of the lower orders does not transform Emily Maitlis into Rosa Luxemburg incarnate’.

Of course the mainstream media can’t and won’t question the system itself, even though the pandemic is exposing capitalism’s many failings. So we haven’t heard much on the news about the delay in starting the lockdown being due to the state prioritising the economy for as long as possible over people’s wellbeing. Or about how the lack of PPE and other resources is really down to them being commodities, and are therefore always rationed, and isn’t just about the state not getting its act together with distribution. Or about how the class divide is behind the inequalities which make those with less wealth more at risk. Still, the TV news gives us the information to draw our own conclusions from, and when we need a break, there’s always Homes Under The Hammer.