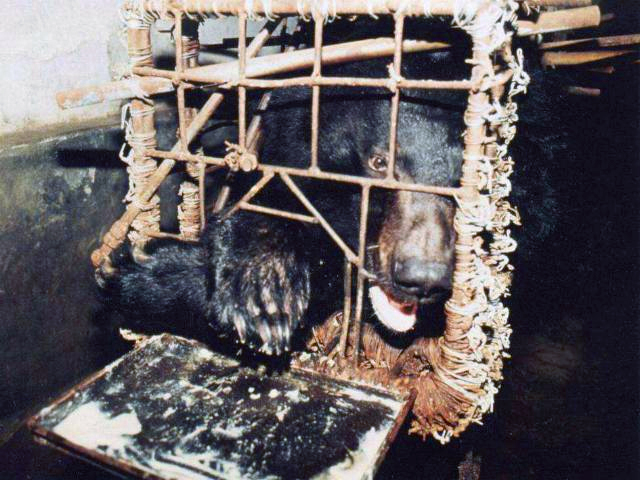 Many practitioners of ‘complementary and alternative medicine’ such as homeopathy claim and seek that the state should support those treatments financially. One such unorthodox medical model was in fact sponsored by a government, not due to a proven track record but inspired by political necessity. Mao Zedong explained his support for Traditional Chinese Medicine (TCM) in a 1950 speech:

‘Our nation’s health work teams are large. They have to concern themselves with over 500 million people [including the] young, old, and ill. … At present, doctors of Western medicine are few, and thus the broad masses of the people, and in particular the peasants, rely on Chinese medicine to treat illness. Therefore, we must strive for the complete unification of Chinese medicine’ (From Kim Taylor’s Chinese Medicine in Early Communist China, 1945-1963: A Medicine of Revolution).

Of course, this improvised health service was not suffice for the Chinese Communist Party leadership, themselves.

‘Even though I believe we should promote Chinese medicine. I personally do not believe in it. I don’t take Chinese medicine.’ Mao is quoted as saying. (In the Private Life of Chairman Mao by Li Zhisui, one of Mao’s personal physicians)

Inconsistent texts and idiosyncratic practices had to be standardised. Textbooks were written that portrayed Chinese medicine as a theoretical and practical whole, and they were taught in newly founded academies of so-called ‘Traditional Chinese Medicine.’ Needless to say, the academies were anything but traditional, striving valiantly to ‘scientify’ the teachings of the accepted ‘wisdom’ that often contradicted one another and themselves. The belief running through all aspects of TCM is the notion of qi, an energy life-force that flows through everything. Science-based medicine does not recognise qi energy because there is no convincing empirical evidence that such a thing exists. Nor is there any evidence for the alleged meridians or channels in the body where qi flows that can become blocked and which can be unblocked through acupuncture to allow qi to flow freely and restore health.

TCM advocates point to the thousands of herbs and plants used in treatments and it has never been disputed that a great number of these do have health benefits. However what is surprising from those proponents of TCM in the West is the silence about the use of animal parts. Throughout Asia, thousands of bears are kept in tiny cages their entire lives so that their gall bladders can be tapped for bile. Bear bile has always been a popular ingredient in TCM and is used for many ailments from haemorrhoids to hepatitis. Because only small amounts of bile are used in TCM, there is now a surplus of bear bile so bear farmers have also begun producing shampoo, wine, tea, and throat lozenges containing bile.

Extraction of a bear’s bile is done in a process called ‘milking,’ which is performed twice daily. A catheter is surgically implanted into the bear’s abdomen. Veterinarians rarely perform this surgery, which results in roughly half of the bears dying from infections or other complications. Bile is then drained from the catheter and collected by the farmer. Milking begins at age three, and continues for a minimum of five to ten years. Some bears who have been rescued were found in cages producing bile for twenty years or more. The Chinese government banned the use of the catheter method of bile collection in favour of the ‘free drip’ method which involves surgery to create an open hole in the bear’s abdomen through which bile freely drips out. This was touted as more humane, yet is as inhumane for bile often leaks into the bear’s abdomen, which increases rates of infection and mortality. Farmers have trouble keeping the hole open. This results in more painful surgery, and often the implantation of a small catheter to keep the hole permanently open. The filthy conditions on most farms lead the bears to suffer from further infections, worms, and other parasites. The bears’ muscles atrophy from confinement in such small cages for the duration of their lives. They are also extremely malnourished from a diet of grain mash or porridge, and their teeth and claws are often removed to prevent injuries to the farmers.

Overall, the worldwide trade in bear parts, including bile, is estimated to be a $2 billion industry. Research from 2007 shows its profitability: while the wholesale price of bile powder is around US$410 per kg in China, the retail price increases exponentially to 25 to 50 fold in South Korea, and to 80 fold in Japan. The demand for animal products continues to grow as the worldwide interest in ‘alternative’ medicine grows. The impact of TCM goes well beyond bears and as we know affects tigers and rhinos, amongst many other animal species.