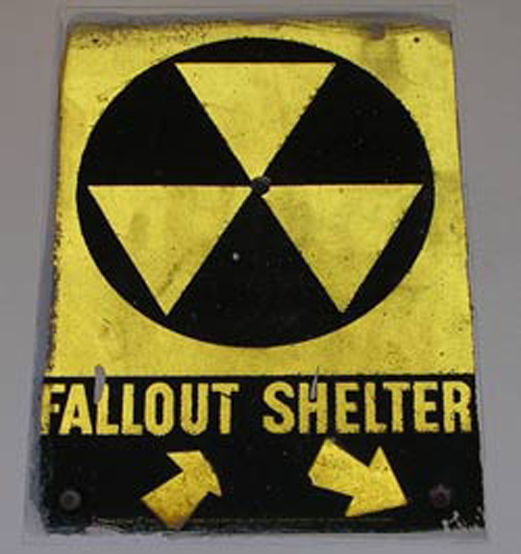 The recent competition to decide who is the best person to front the American capitalist system for the next four years has led to a lot of soul-searching in the newspapers. Articles have poured out to explain why Donald Trump won. The first point to make is that he didn’t actually win. Hilary Clinton got more votes than he did. They still haven’t finished adding it all up yet (the U.S. is a big country) but it’s certain that Clinton got more votes – very narrowly, true, but still more votes. They got over sixty million votes each, but the latest estimate is that Clinton could have over a million more than Trump. The Americans have a strange system: each state sends a varied number of members to an ‘electoral college’, which elects a new president. If one candidate in a state has one more vote from the public than anyone else, he or she automatically gets all that state’s electoral votes (except in Maine and Nebraska where the votes can be split). This means that one candidate can get more votes across the country, and still lose – or can get fewer popular votes, and still win. At the 2012 election, when it seemed at one point that the Republican candidate would lose out under this system, a certain Donald Trump denounced the system as being ‘a disaster for democracy’. Now that the same Donald Trump is gaining by this odd arrangement, it turns out that the system is just fine.

The American president, to all outward appearance, is the most powerful man in the world. An article in the Washington Post (11 November) was full of foreboding about the man who is shortly going to be able to wield that power. ‘Trump will command not only a massive nuclear arsenal and the most robust military in history; but also the ability to wage numerous wars in secret and without congressional authorization; a ubiquitous system of electronic surveillance that can reach most forms of human communication and activity; and countless methods for shielding himself from judicial accountability, congressional oversight and the rule of law.’

This power has been built up steadily over recent years. The process was constantly and bitterly attacked by Barack Obama while George Bush was president. In 2007 Obama said: ‘This administration also puts forward a false choice between the liberties we cherish and the security we provide.’ But as soon as he became president, ‘Obama not only continued many of the most extreme executive-power policies he once condemned, but in many cases strengthened and extended them. His administration detained terrorism suspects without due process, proposed new frameworks to keep them locked up without trial, targeted thousands of individuals (including a U.S. citizen) for execution by drone, invoked secrecy doctrines to shield torture and eavesdropping programs from judicial review, and covertly expanded the nation’s mass electronic surveillance.’ It’s amazing how something which is evidently quite wrong when someone else is doing it becomes evidently quite right when you are doing it yourself.

Now this enormous power has been handed over to a man who boasts that he can assault women with impunity – which means that an individual who brags about committing criminal acts is now (ultimately) in charge of enforcing the criminal law. So someone who almost glories in the reputation of being a loose cannon is going to be in charge of the nuclear codes which could unleash American nuclear bombs upon some ‘enemy’ population. The man who has the power to start the third world war is on record as saying that if Japan had nuclear bombs, then in a showdown with North Korea ‘they’d probably wipe them out pretty quick’, ignoring the obvious corollary that such a nuclear clash would inevitably involve the rest of the world as well, almost certainly leading to the human race being wiped out ‘pretty quick’. Trump’s declared or evident positions on gun-control, on abortion, on torture (he favours re-introducing waterboarding), on race (he was endorsed by the Ku Klux Klan), and on international politics (he has no objection to the blood-soaked dictator Assad of Syria, nor to Russia’s Putin – ‘so highly respected in his own country and beyond’) are enough to send shivers up the spines of those who believe that the capitalist system can be progressively ameliorated to the point where the workers will have nothing left to wish for. Then his fierce declared hostility to immigration (though his opinions veer wildly from day to day – e.g. he himself married an immigrant – in fact two immigrants) his declared hostility is a sad headache to those members of the capitalist class who rely on immigration (from lower-wage countries) to keep down US rates of pay.

Like some other prominent people who appear to be keen on wars as a general proposition, he was unfortunately not able to give the Vietnam War his personal attendance – he got four student deferments and then a medical deferment. And Trump has praised the usefulness of American bankruptcy laws. Half a dozen casino or hotel businesses of his went bankrupt between 1991 and 2009, but while others may have lost money, these regrettable episodes do not appear to have impacted upon Trump’s own prosperity (he has never been personally bankrupt). Altogether he is no stranger to the American courts. Apparently more than seventy lawsuits against him are pending, some connected with the so-called ‘Trump University’, some of whose students felt they had been short-changed.

Some members of the working class are so humbled by the capitalist system that they come to believe that the upper class are simply smarter than the rest of us. One theory is that if all the money in the world were shared out equally among everybody today, in six months the present upper class would have grabbed it all again. But others believe that the rich, so far from being smarter than everyone else, are in fact less smart. And if the two contenders for the job of the immensely powerful American president – Trump and Clinton – were anything to go by, that seems much more likely. When Clinton was in charge of American foreign affairs, she used a personal e-mail account to deal with some affairs of national importance. She apparently was oblivious to the danger – almost the certainty – that political opponents would leap gratefully upon such naivety. And there were other occasions when (to say the least) she did not maintain a clear division between important national affairs on the one hand and various Clinton funds on the other, despite the obvious fact that such dealings would later give valuable ammunition to her political opponents. As for Trump, foolishness must be his middle name. Even if you felt a personal pride in your ability to assault women, would you openly boast about it, in circumstances where (in these electronic days) your words might well be recorded for posterity? And where if you ever fulfilled your ambition of standing for the presidency, your words (no longer deniable) would probably antagonize more than half the voters? It is tempting to believe that members of the upper class have so many people working for them that they never have to undertake the planning, the decisions, the careful consideration which members of the working class have to exercise constantly merely in order to operate their daily lives.

Be that as it may, the thought of the immense powers shortly to be exercised by someone as unpredictable as Trump has caused deep cogitation even among those who most fervently support our present system. Recently the London Times, not the most revolutionary of newspapers, carried an article lamenting recent events in America, where, among other things, ‘the rich have got much, much richer’ (10 November). As for the ordinary people, ‘no one prioritized their loss and anguish until a billionaire channelled their voice. The system is rigged, Trump told them, and the truth is that it is, although not perhaps in the sense that he meant. Since the 1970s American society has grown radically more unequal, as union power has collapsed, competition increased and shareholders and managers awarded themselves the lion’s share of income. Workers’ pay has risen by eleven per cent in real terms in that time, while CEO’s pay has risen by almost 1000 percent. Workers no longer get the rewards from increased productivity. The top one per cent are taking 95 cents in every dollar, compared to 50 cents just twenty years ago.’

So the world waits, with bated breath, for the Trump presidency. But the almost meaningless slogan ‘Make America great again’ can only evoke the obvious retort that America has always been great – for those who own it.