Opposites and the Man at the Bar 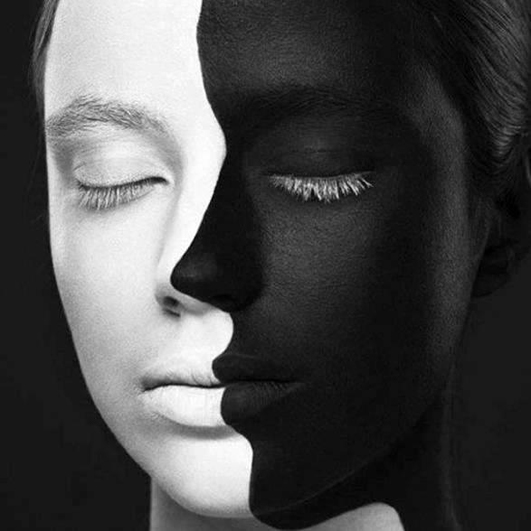 Whilst enjoying a beverage at my local pub an acquaintance came up to the bar where I was seated and ordered a beer. He glanced at me and said: ‘You know there are two kinds of people in the world; those who sit at the bar and those who stand’. I can’t remember the rest of what he said because my thoughts had turned to the question: why are dualities so attractive to us in our understanding of the world?

Once you attempt to name the most commonly used examples of this rhetorical device it quickly becomes apparent that there are hundreds and possibly thousands of them. To name but a few: Good & Evil, Day & Night, Rich & Poor, Old & New, Mind & Body, Masculine & Feminine, Up & Down, Life & Death, Something & Nothing etc., etc. I’m not sure if this dualistic perspective is ubiquitous to humanity and its languages or if it is mainly a European linguistic phenomena but its investigation in terms of the philosophical/political implications within it are surely worth investigating. Is a dualistic analysis just an example of lazy intellectual stereotyping or is it of value within a polemical discourse?

There is, as I’ve said, an inexhaustible reservoir of examples of this kind of description but perhaps if we pick just four of those most often found within political debate then we can deconstruct them to assess their efficacy or otherwise: Love & Hate, Left & Right, Progressive & Reactionary and Chaos & Structure.

Love & Hate can be important in all areas of life including politics since our culture emphasises the emotions as essential to an authentic relationship with others and the world (if you don’t feel it, it isn’t real). As with most dualities there is an implicit value-judgement that separates the two components. In this example love is invariably thought to be superior to hate. This moral asymmetry can be shown as rather superficial since the hatred of cruelty and injustice can be seen as positive emotions just as the love of money and power can be seen negatively.

By referring to yet another duality, that of positive and negative, we seem in danger of being able to describe one duality only with reference to another. If this is indeed the case then we would end up with a series of Russian dolls and be unable to resolve the meaning and so the efficacy of the categories would remain in doubt. Let’s try again with the second example of Left & Right.

When applied to politics it seems to have its origin during the French Revolution when the radicals sat to the left of the chairman of the Assembly and the more conservative elements sat to the right. This political designation has become ubiquitous ever since, representing a spectrum that all ideologies are squeezed into. The ends of this spectrum are conceived of as extremes (Fascism & Communism) and those in the ‘centre’ are regarded as ‘moderates’. But any serious analysis of the 20th century reveals that Russian ‘communism’ and German Fascism were equally as authoritarian and murderous and that there was certainly no profound ideological distinction. That Fascism might represent a degenerate stage of capitalism whereas Russian ‘communism’ represented capitalism in its formative Russian context suggests an analysis that relies on an understanding of history rather than the ideological dualism of Left & Right. Ideologies inevitably seek to rationalise events and cannot be used to explain or predict them. Again we have morphed into the territory of another dualism: Progressive & Reactionary, which is our next category.

This example also implies a moral distinction but only courtesy of a belief in the progressive nature of human development. Without that we are left with a ‘human nature’ that is fixed and therefore excludes the possibility of redemption – condemning us to make the same mistakes repeatedly and forever. But this description, at least, does not possess the absolutes that we associate with Good & Evil, Love & Hate, or even Left & Right. The relationship between the two elements of progressive & reactionary are obviously historically closely associated.

A belief in human progress implies that we build on what we already have or had. They are mutually interdependent which, in retrospect we can see, all dualities are. Without their opposite they become meaningless. It is within this dynamic relationship that we find any analysis at its most productive. We have deconstructed the moral absolutes into opposing abstracts that create new ideas which take their place within a dialectical polemic. Without a belief in progression this would become merely moral relativism but given the guiding principles of social justice and political equality it becomes its antithesis.

Our last example is surely one of the most profound. The need for structure and the fear of chaos is connected with our most primal need – survival. Living within the cultural and technological environment we have created means the need for social cohesion is vital (even though this is enforced through coercion and fear within capitalism). Any serious threat to this causes anxiety and it is this fear that is played upon by reactionary ideologies.

The portrayal of any new conception of social organisation as leading to chaos is a very powerful emotional component of conservative propaganda. That capitalism was born in the bloody chaos of the ‘bourgeois revolutions’ is conveniently forgotten. That social revolution does represent a period of uncertainty is undeniable but then so is the continuous instability of today’s global financial system and the crises and wars it produces – a kind of institutionalised chaos where only the parasitic minority are protected from its effects.

Dualities in themselves remain a simplistic ideological device that restricts thought. It is only when their components are conceived of as mutually dependent within a continuing process of interpretation that they become transparent and useful. The difference between a man who sits at the bar and a man who stands is much less important than the quality of beverage that he consumes and his subsequent dualistic relationship with himself (mind & body) and, of course, with gravity.