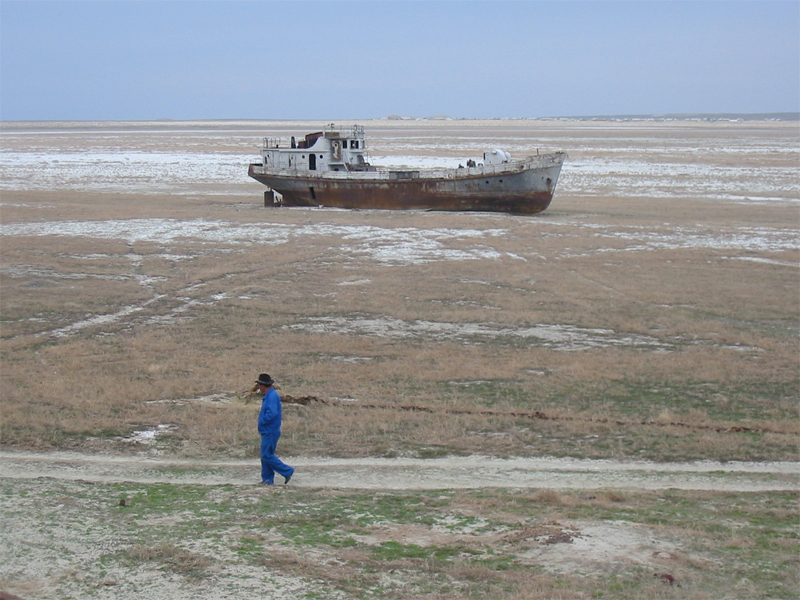 That global climate change has been caused by the excessive emission of carbon dioxide, (CO2) since the Industrial Revolution is now accepted by the worldwide scientific community and (as the attendance at the Paris international conference, COP 21) in December last year indicates) by the ruling political class of all countries as well. Though there are still important reservations and much follow up work will be required, the agreement at the Conference to limit global warming to 2 degrees centigrade (2oC) above pre-industrial levels was a breakthrough regarding tackling the huge problem of climate change.

However, it does raise the question of how the countries of the world are going to go about this formidable task. One practical approach worth recalling is that proposed by Socolow and Pacala (A plan to keep carbon in check, R H Socolow and S A Pacala, Scientific American, July 2006). The key features of this are shown in the figure which is a graph of carbon (i.e. CO2), the dominant greenhouse gas derived from burning fossil fuel and released into the atmosphere over time. The straight line labelled BAU (business as usual) shows a fairly straight line increase from about 1.6 billion tons carbon per year (BtC/y) to 7 BtC/y* over the period 1956-2006 followed by a straight line extrapolation for the next 50 years. It is a basic assumption in Socolow and Pacala’s analysis that the level of production of goods and services will go on unabated and steadily increase as it has in the past. These emissions have led to a buildup of CO2 in the atmosphere from about 280 parts per million (ppm) before the industrial revolution to 375 ppm in 2006 to 400 ppm today and when it reaches about 500 ppm a rise of 2oC is likely to occur.

What Socolow and Pacala address is how to use existing technologies to bring about a reduction in the amount of fossil fuel (coal, oil and gas) used to power society and so limit the increase in global warming to 2oC. In the first instance the objective is to hold emissions at 7 BtC/y for the next 50 years. The area, marked ABC on the figure, between the BAU line and this steady level is called the stabilisation triangle. Socolow and Pacala further divided the stabilisation triangle into 7 wedges, each representing the same amount of CO2 emissions. (The wedge is a convenient unit because its size and time scale match what specific technologies can deliver). Socolow and Pacala identified 15 technologies each of which is equal to the task of removing a wedge of emissions of CO2. They were careful only to use tried and tested not ‘pie in the sky’ technologies and excluded improvements that are currently taking place. The idea is that one of the 15 technological solutions is applied in a controlled manner to eliminate a wedge of CO2 release.

So let us take for example one of the technological solutions proposed, carbon capture and storage (CCS). The process involves the capture of CO2 from coal fired power stations in a liquid solvent, then compressing it before transporting it by pipeline for burial deep underground, i.e. putting it back where it came from. In the first year this would reduce power station emissions by 0.5 Bt of carbon. In the second year more plant is introduced and a similar reduction is made so by the end of the second year, 1.0 Bt of carbon from coal-fired power stations would have been diverted from the atmosphere. And so after 50 years the target of no increase above current levels from this source of CO2 would have been achieved and a total of 25 Bt of carbon would have been prevented from entering the atmosphere. Socolow and Pacala’s work indicates that CCS plant would need to be installed at 800 large coal-fired power stations to achieve this target, a not inconsiderable engineering feat. The same approach can be applied to the other six wedges of CO2 emissions. The outcome would be that over the next 50 years or so CO2 releases/year would be held at the level of 7 BtC/y.

For this level of CO2 release into the atmosphere, global warming as predicted by widely accepted climate change models, would continue to increase before levelling off at around 2oC above pre-industrial levels. After this, to ensure this temperature rise would not be exceeded, further wedges would be required to drive down CO2 releases.

Other technologies identified by Socolow and Pacala for eliminating a wedge of CO2 release include:

●       Forestmanagement. Reduce cutting of primary tropical forest to zero over 50 years. Reforest hundreds of millions of hectares in temperate and tropical zones.

●       Cut electricity in homes, offices and stores by 25 percent by making them more efficient.

Since the proposal by Socolow and Pacala in 2006 the release of carbon has now increased from 7 BtC/y in 2006 to 9 BtC/y today. This does not alter the basic idea of the wedge concept. But it does highlight the years wasted when little action was taken and it could mean that 9 wedges would now be needed. However the wedge strategy remains an eminently practical approach to the problem but one that would require an enormous effort and an unprecedented degree of cooperation worldwide to bring about.

The question is: can capitalism deliver? Or more pertinently what could be done in a socialist society? In socialism a similar approach could be adopted to the one outlined above with one big advantage. On the advent of socialism a considerable reduction in CO2 emissions would be obtained by ending the enormous wasteful economic activity and production inherent in capitalism. Principal contributors to this waste are the maintenance and preparedness of the armed forces and occupations and products handling money. The enormous sums of money spent on the military represent the use of land, facilities, machinery, materials and human resources to keep it in a constant state of preparedness for and participation in war. The Socialist Party’s own publication From Capitalism to Socialism  provides a list of dozens of occupations and products for the financial system as diverse as accountancy, advertising, banking, income tax officers, VAT inspectors, stock brokers, stock exchanges, banknotes, armoured cars, gas and electricity meters, postage stamps, tickets and TV licences. Socialism would eliminate the need for these industries and thereby rapidly introduce a large cut in power generation and consequent CO2 emissions to the atmosphere. This would serve to relax the onus on (i) the introduction of the mitigating technologies discussed above and (ii) enable the power generation required for the pent up demand for improved living standards in the developing world to be met.

Following Naomi Klein’s analysis of the politics of climate change (This Changes Everything,  2014) it is difficult to believe that capitalism will heal itself, notwithstanding the apparent success of COP 21. It is hard to disagree with her conclusion that the opposition of the hugely powerful companies with vested interests in fossil fuels will be too great for any government(s) to overcome.

To conclude, in the first period of socialism clearing up this mess left by capitalism would be a priority project. However it is certainly the case that despite the reduction in CO2 emissions that would be brought about by socialism, the introduction of the wedge strategy would still be a necessary and formidable challenge, but surely one that would be grasped wholeheartedly in a sane, socialist world.

Finally to quote Socolow and Pacala regarding the future ‘Critically a planetary consciousness will have grown. Humanity will have learned to address its collective destiny – and to share the planet’. Let us hope so.

*A billion tons is 1000 million tons. As in reference 1 the units of release are expressed as carbon not CO2. One ton of carbon is contained in 3.67 tonnes of CO2.