The Panama Papers: All in it Together 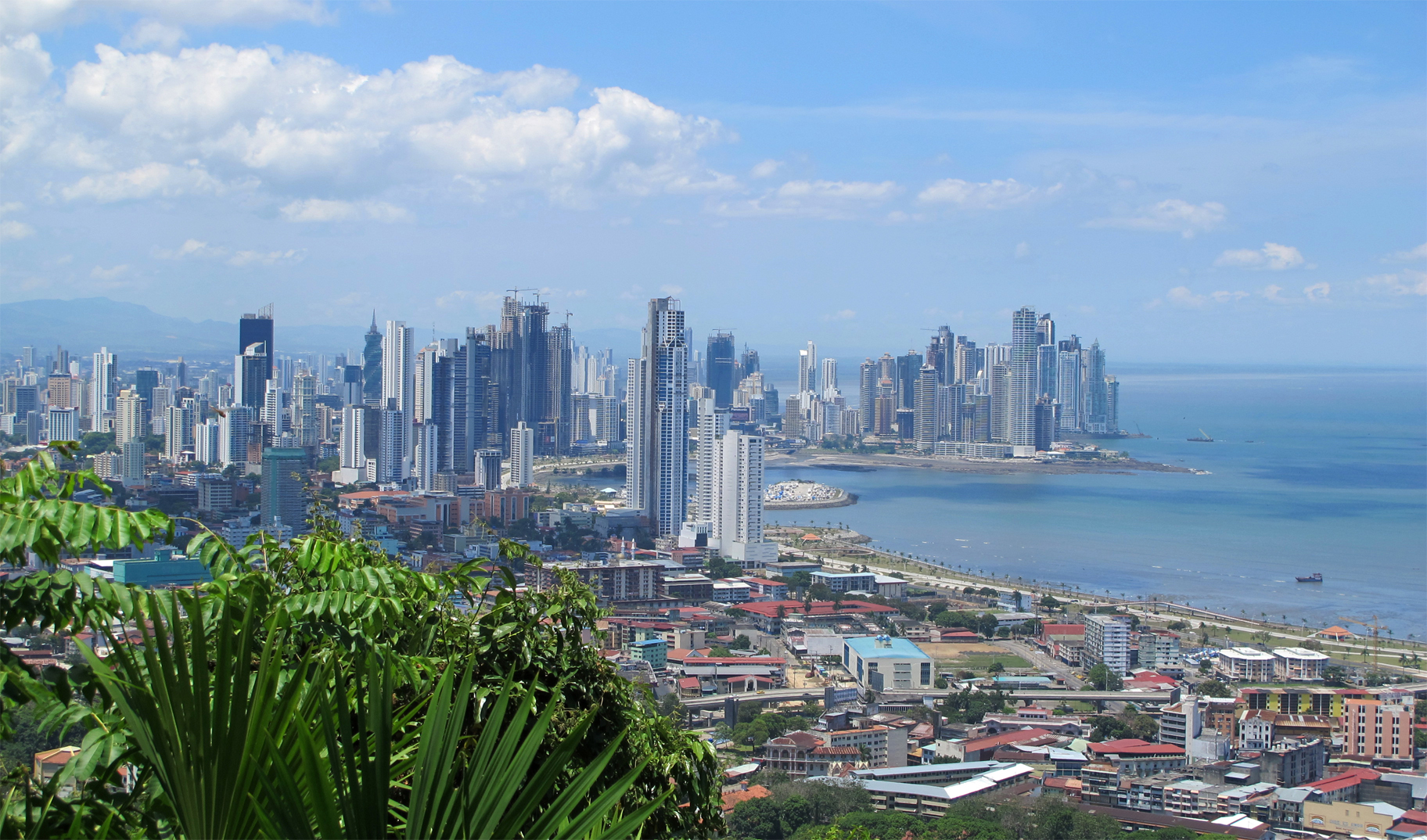 Capitalism is an expensive business. In any society where the population is divided between those few who own but do no productive work, on the one hand, and the many who have to work but own little, on the other, it is obviously necessary to build up a powerful and far-reaching state apparatus to protect the owning few. Each country’s owning class has to safeguard itself both internally and externally. Internally, it must construct and maintain police forces (overt and undercover), courts, prosecuting machinery, prisons and so forth, in case the propertyless many should rise against them, and attempt to construct a different society – or even just to try and replace the present leaders. Externally, it must construct and maintain armies, navies, air-forces and so on in order to prevent any other country’s capitalist class trying to seize part of its property, and also to support any attempt it may make to seize territory at present held by another country’s owning class.

All this costs money, a great deal of money. Britain is building a new super-prison in Wrexham, with places for 2000 inmates, at a cost of £250 million. And that’s just building it. Apparently it costs about £40,000 a year to keep each prisoner in jail – or £65,000 a year if you include the costs of the police, courts etc. But these expenses, enormous as they are, are dwarfed by the amount a capitalist class will pay out to defend its property from possible attack by foreigners (or possibly to acquire more property from foreigners). The United States is planning to procure a new generation of bombing planes (to destroy the buildings of hostile countries and kill their citizens); there are 175 of them, the total cost being estimated at between $40 and $50 billion. (That’s somewhere between twenty-eight thousand million pounds, and thirty-five thousand million pounds – which comes to about £100 for every man woman and child in the United States.)

So where will the money come from? The answer becomes more obvious the more you think about it. If you want food, you have to go and get it (and pay for it) at a place where they have food, e.g. a supermarket. If you want clothes, you go to a place where they sell clothes. And if you want money, you have to get it from the people who have money. There’s no point in demanding significant contributions from all those people who have to work for a living. When the economists examine the finances of people with low and middle incomes, they always say it’s a matter of swings and roundabouts. Taxation is demanded from many such people, and many others get various kinds of benefits. At the end of the day, it’s merely redistributing the income within that (very large) group of people. Apart from all that, of course, if the working class as a whole did have to pay serious taxes, it would mean much greater pressure for higher pay to make up for it, and in the end the capitalists as a whole would be taking with one hand and having to give back with the other.

All this being so, the money to run the state and preserve it from dangers both internal and external has to come from the capitalists themselves. But while all ruling authorities acknowledge this, and have strict laws in place in order to collect sufficient money from the rich to operate the state machine, the individual capitalists will often be tempted to reduce as much as they can their own personal tax burden. And this is where ‘offshore’ companies and similar dodges come in. Recently many documents – emails, correspondence etc – have been leaked from an influential law firm, Mossack Fonseca, in Panama. The firm has apparently acted for many wealthy people round the world who wished to conceal money or property from the authorities in their own countries. The leaked data from this single firm make it clear that the further up the power scale a wealthy person is in their particular country, the more they will be tempted to fiddle their tax affairs in such a way that they end up paying very little or sometimes nothing: like a member of a tug-of-war team who cheers on the others but personally does very little tugging.

One way to make your affairs ‘tax-efficient’ as the lawyers say (i.e. putting your money where it is safely out of sight of the local tax-collectors) is to establish a company or trust in one of several countries round the world that advertise themselves as ‘tax-havens’. Money gained illegally can also be stashed away quietly, since criminals often find it difficult to explain how without any very obvious sources of income, they are suddenly in possession of a lot of cash (a Rolls-Royce parked outside a terraced downmarket house would cause inconvenient curiosity). Through these secretive companies it’s possible to ‘launder’ money, for example when offshore companies (with anonymous owners) buy houses in London’s booming property market. ‘World leaders, criminals and billionaire sheikhs have secretly poured hundreds of millions of pounds into London properties, leaked offshore data reveals. The cache of documents from a Panamanian law firm confirms the capital as the go-to place for wealthy foreigners and criminals anxious to protect their anonymity and assets’ (Times, 6 April).

Capitalism is fundamentally the same throughout the world, but local history and local conditions often mean that the local version looks different on the surface. Different politicians have different names for their own version of capitalism – some try to get votes by calling it socialism, some even have the nerve to call it communism – but in fact it is recognisably the same the world over. And being the same, the local politicians share the same desires: how to hide their own wealth, while at the same time getting the rest of the country’s rich people to hand over enough of the readies to enable the country’s capitalist system to survive and prosper. Here are a few of those listed by the Times or the BBC as being connected with these offshore subterfuges, who appeared in the Panama papers – either their own names came up, or the names of family members or close friends:

·        Sigmundur Gunnlaugsson, Iceland’s prime minister (in fact there are links in the data to twelve

·        present or former heads of state or prime ministers); poor old Sigmundur had to resign.

·        David Cameron, Britain’s premier, who is going to host an anti-corruption summit in London  shortly; there were also calls for his resignation.

·        Gianni Infantino, the new head of FIFA (just installed to ‘clean up the mess’, because of the  peculiar financial transactions of the last lot).

·        Gonzalo Delaveau, head of the Chilean branch of the anti-corruption watchdog, ‘Transparency  International’.

·        James Ibori, ‘the corrupt Nigerian governor who is known to have bought property across London’.

·        Leyla and Arzua Aliyeva, who ‘are said to have amassed vast business empires’ since daddy –  President Aliyev of Azerbaijan – came to power in 2003.

·        A close associate of President Pena Nieto of Mexico.

·        Mariam Safdar, the daughter of Nawaz Sharif, Prime Minister of Pakistan (and two sisters of hers).

·        Li Xiaolin, daughter of the former Prime Minister of China.

Plus lots of others: e.g. Hans-Joachim Kohlsdorf, former senior executive of Siemens, Europe’s largest engineering company, Michael Geoghegan the former HSBC boss, David Hunt, ‘one of Britain’s most feared gangsters’ according to the Times, Dominic Chappell, now principal owner of British Home Stores, Tarek Obaid, the founder of Anglo-Saudi oil company Petro-Saudi (and a ‘leading investor’ in a company running a dozen academy-type schools). And, of course, Mossack Fonseca, with 300,000 clients, is only one firm among dozens in the business of helping people to hide away their assets. It will be seen that there are people here from all sides of the various hostile groupings and power blocs into which capitalist countries naturally cluster themselves. They may denounce each other ferociously, but they are all alike when it comes to seeing if they can avoid paying their fair share of the enormous costs of running capitalist countries. The laws operating in each country are very often different, but even so it is quite possible that none of those named broke any laws: it was merely a question of being able to enjoy wealth but not pay taxes on it.

David Cameron appeared on the list because his father, Ian, had operated two offshore trusts, one in the British Virgin Islands, one in Jersey. In 2012 he criticised Jimmy Carr, comedian, who had joined an offshore tax-avoidance scheme: he said it was ‘morally wrong’. When asked about Gary Barlow, a pop star, who had campaigned alongside Cameron for the Conservatives in the 2010 election, and who had joined a similar scheme, he said he hadn’t had time to look into yet; though he had found sufficient time to give Barlow an OBE in 2012. So it’s a little embarrassing that Cameron and his wife bought shares in his father’s off-shore fund in 1997 for £13,500, and sold them thirteen years later for £31,500, two-and-a-half times as much – a very acceptable profit made through offshore trading. Not to mention that Cameron’s education (Eton, fees now £32,000 a year, and Oxford, where Cameron joined the Bullingdon Club – dress-suit to wear at club dinners: £3,500) was presumably paid for by his father’s offshore activities.

So it seems that’s how ‘morally wrong’ can be financially right.