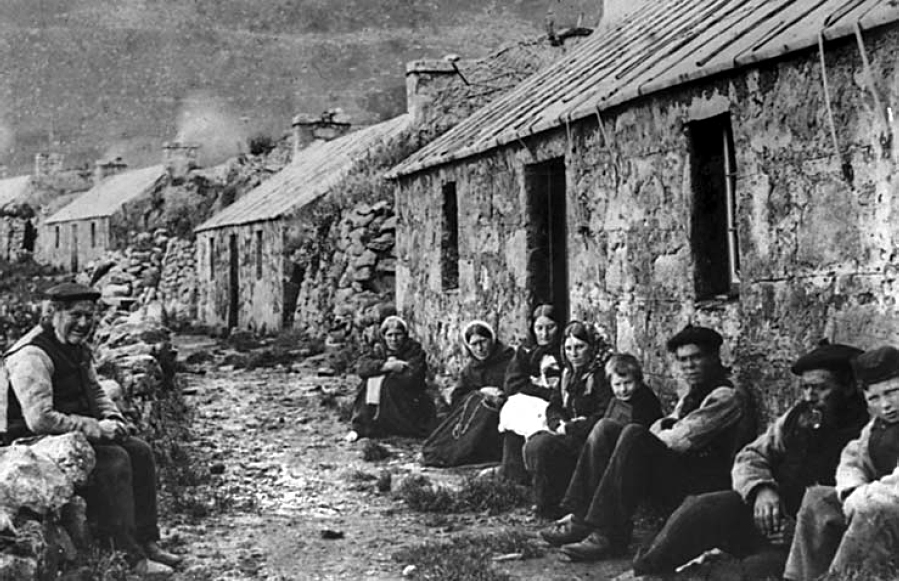 The last native resident of St Kilda died in April. This remote part of Britain used to practise a communistic society.

Socialists, when asked about examples of common ownership and control in action, often refer to peoples who live or lived in a social system that we term ‘primitive communism’, often tribes in the Amazonian rainforest. Yet 110 miles west of the Scottish mainland there are a small cluster of islands known as St Kilda, inhabited for at least two millennia and with a population probably never exceeding 180, where a form of primitive communism prevailed.

In theory St Kilda was part of Scotland but it was effectively overlooked. The Inland Revenue never attempted to impose taxation, and the inhabitants of St Kilda were never invited to register on an electoral roll. No crime was ever officially recorded. No one from St Kilda was called up into the armed forces. Until the nineteenth century money was not used on St Kilda. On the islands the islanders had developed a self-sufficient communal economy based on seabirds (meat, oil and eggs), Soay sheep, fishing, and some small scale crofting.

On the whole the people were left free to develop their own type of society. The outcome was a form of communism in which decisions affecting the whole community were taken in a collective manner (though only by the men), work was assigned on the basis of individual skills, and there was no private property apart from accommodation, furniture, and other personal items. The community made sure that those who were sick, disabled, or elderly could live at the same standard as anyone else. A large proportion of the communal work involved the catching of sea birds and the gathering of eggs. After a day capturing fulmars, for example, all the dead birds would be placed on a large pile, and then distributed to each family according to the size of the family. Men who returned with especially large quantities of fulmars would receive the same share as any other.

In 1838, a traveller, Lachlan MacLean wrote ‘If St Kilda is not the Eutopia so long sought, where will it be found? Where is the land which has neither arms, money, care, physic, politics, nor taxes? That land is St Kilda. No taxgatherer’s bill threatens on a church door, the game-laws reach not the gannets. Safe in its own whirlwinds, and cradled in its own tempests, it heeds not the storms which shake the foundations of Europe  –  and acknowledging the dominion of M’Leod, cares not who sways the British sceptre. Well may the pampered native of happy Hirt refuse to change his situation – his slumbers are late – his labours are light – his occupation his amusement. Government he has not – law he feels not – physic he wants not – politics he heeds not – money he sees not – of war he hears not. His state is his city, his city is his social circle, he has the liberty of his thoughts, his actions, and his kingdom and all the world are his equals. His climate is mild, and his island green, and the stranger who might corrupt him shuns its shores. If happiness is not a dweller in St Kilda, where shall it be sought?’

In 1887 Robert Connell observed in his St. Kilda and the St. Kildians: ‘To discover the socialistic principle you have only to toss a roll of tobacco – an ounce will serve the purpose as well – to the first man that accosts you. True to the apostolic theory of ‘all things common’ this latter-day Ananias will share his spoil, to the last leaf, with every smoker on the island.’

The men of Hirta (the only inhabitable island) would meet every morning in what was the daily ‘Parliament’. It had no rules, no chairman and participants arrived in their own time. This was a meeting to share information, discuss current issues, resolve disputes, and make decisions, in particular in relation to work that needed to be done. Decisions were reached by consensus. ‘Often the proceedings are anything but harmonious, and the loud talking of the men at one and the same moment is suggestive of anything but a peaceful solution. However, when a decision is arrived at the malcontents readily give way, and co-operate cordially with the majority.’ Never in recorded history were feuds bitter enough as to bring about a permanent division in the community.

Like the free workers of Jamaica that Marx describes in the Grundrisse who, being ‘content to produce what was strictly necessary for their own consumption’, and how they were portrayed by the plantation owners as idle and indulgent, so the St Kildans were similarly held in contempt by visitors and churchmen for their production just of use-values and their adherence to their home-grown version of communism of directly satisfying needs.

The entire population was evacuated in 1930 and so ended perhaps the longest surviving example of a communistic system in action on British soil.