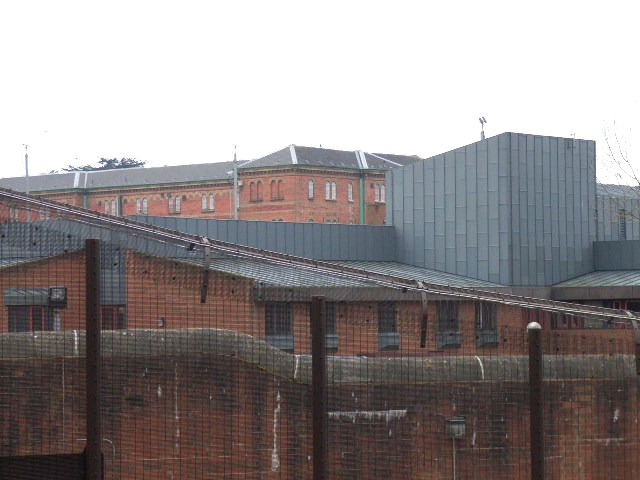 The leak, in January, of the draft report into the activities of Jimmy Savile at the BBC was a reminder of the deeply political character of his activities.

The most obvious sense was that in which the right-wing gutter press sought to attach fault to the entire BBC for the activities of one man, on one branch of its programming, as if the entire organisation were complicit in Savile’s acts of rape and child abuse.

Of course, others have tried to emphasise the connections between Savile and his friendship with Charles Windsor and the Royal Family. In a more narrowly political sense, he was very close to Margaret Thatcher (including staying for New Year at Chequers with her). Indeed, she actually fought to overcome the qualms of civil servants in the honours vetting system to secure Savile’s knighthood. He had himself in the 1970s appeared in Tory Party election broadcasts, and affirmed that he was ‘for the individual’ (the individual in question always, obviously, being himself).

There are strong grounds to believe that he had co-offended with Peter Jaconelli, the oyster-guzzling (he held a world record) Tory Mayor of Scarborough. Some are trying to link this relationship to a wider network of powerful individuals. Campaigners demand to know why the police never caught the pair (and suspect their power and influence protected them, via police corruption).

These connections, though, do not get to the real political character of Savile’s offending. We need to look at the whole of his life. Savile’s father was a small-time crook in Leeds, associated with illicit gambling. Savile seems to have grown up into this world. During the Second World War, he was called up as a ‘Bevan Boy’ to work in the mines, this left him free to remain in the UK, and apparently, engage in black market activities. After the war, he went into the scrap metal business (possibly with his father), and described himself as a ‘company director’, and he was clearly making a lot of money from scrap.

He soon moved into the night club business, and was an innovator for playing gramophone records at cheap entry afternoon dances. Now in his twenties, he was prolifically sexually active, with ready access to young girls and a sheen of glamour hung round him. Reportedly, he would share girls around with his friends, much like the activities we hear recently reported in Oldham and Rochdale. Clearly, he was the leader of the gang, and he could fix it for his friends to get laid, in an exercise in petty power.

He was a participant in the first Tour of Britain bicycle race, though it seems more for the self-promotion than for any sporting spirit. He soon transferred that self-promotion to the theatrical world of professional wrestling. He seems to have set great store by his personal fitness and prowess. He became established as a nightclub manager in Manchester, which doubtless expanded his underworld contacts, and taught him the value of cultivating good relations with the police.

The talent for self-promotion naturally led him into the media, where he found work on television and radio. It was a time when popular culture was rising, and he was part of the wave of ‘outsiders’ being absorbed into the established entertainment structures to give the BBC a ‘common touch’. Throughout the 60s he was a minor celebrity within youth culture, working on Radio 1 and Top of the Pops.

It was in the 1970s that he rose to become a national institution, being the face of public safety adverts (“Clunk click”) and eventually, the famous show, Jim’ll Fixit, which seemed to chime with his role as a fixer more generally. At the heart of the show was the image of a powerful man, with connections, dispensing bounty, in return for nothing but adulation.

He cemented his fame by publicly proclaiming his faith in God, whom he referred to, significantly, as ‘The Boss’ in the book he published on his faith. He was at the front of good, clean, wholesome family values. This was when his charity work took off. He campaigned extensively for Stoke Mandeville hospital, and his bringing of charity to the NHS suited the ideology of the Conservative Party (today it could be called the ‘Big Society’). Savile felt a certain proprietorial air towards the Hospital, and the Department of Health eventually had to disabuse him of the notion that it was ‘His’ hospital, no matter how much money he had raised towards its renovation.

Further, he volunteered in Stoke Mandeville and Leeds General Infirmary. Incredibly (and apparently awed by his celebrity) the authorities at Stoke Mandeville handed over a flat for his use, and he was able to come and go in the Leeds Infirmary at will. Apparently, he would shower his fellow porters with gifts (like microwave ovens) as well as wowing them with his undoubted charm. Nursing staff were apparently aware that he was a ‘sex pest’ but apparently felt unable to deal with him, either through misplaced attitudes to such behaviour, or a feeling that he was too highly connected to senior management.

He seemed to find using institutions to be an effective means of abuse. He ingratiated himself with the management at a girls reform school, Duncroft (which he referred to as a ‘posh borstal’), where he would take girls for a ride in his Rolls Royce, and would trade cigarettes for sex. In the 1980s, somehow, he was appointed to the board of Broadmoor hospital. He would hint darkly that he had connections with the powers that be that swung the appointment for him.

This was part of his methodology throughout, always implying that he had connections, not necessarily with a person’s direct boss, but the very top. The only time he was interviewed by police, he used his charitable work as a shield (with the implicit threat to take away the gifts he had bestowed) and hinted that he had tame police officers working on his side. He also hid behind the myth of the gold digger: that these women were making these claims to try and make money out of him (if only it were so – imagine if all rich men had to actually choose between keeping their wealth, or never having sex again).

The only time in his abusive career he came a cropper was when he was pestering a girl on a P&O Ferry (one he received gratis from the owners of the firm). The ship’s captain put him ashore: there is no higher authority at sea than a captain, and none of Savile’s strategies could avail against him.

Once he had his knighthoods (one from the British Queen and one from the Pope) he used the apparent status as a shield. He was also notoriously litigious. In the 1990s he appeared on a Channel Four show in the Without Walls series, called the Obituary Show, in which he explained his love of libel actions, and suing the press for even hinting that he might be engaged in child sexual abuse.

This, then, is the political aspect of the Savile case: that he was a rich man. That he was a powerful man. That he lived in a hierarchical society, where people felt unable to challenge his aberrant behaviour, and where he could dispense gifts to buy people’s loyalty. He was able to manipulate institutions, and find powerless people, who would be unlikely to be believed if they ever tried to tell the truth. He was unfailingly fawning to those he perceived to be more powerful then himself, and inveigled his way into their shadows to try and use a perceived closeness to his own ends.

We cannot say that in a society of common ownership there will not be sexual predators, abusers and psychopaths. The sheer number of humans and the spread of human behaviours mean there will always be the chance of such people cropping up. What we can say is that in a fiercely egalitarian society, where we recognise that we can only be as free as we help each other to be, people will have the courage to call their fellows to account. Where people don’t fear the sack, fear the boss, just expect the powerful to behave in abuse ways, in such a society the likes of Savile will be much less likely to prosper.

Where there are no bosses (real or imagined) and people feel that the levers of practical power lie in their own hands, his tactics would not work. Where there is no personal wealth to give out (either in petty gifts or as ‘charity’) there will be no need to fawn, and no way that one man can threaten to take his ball away and wreak destruction upon society.

Of course, because Savile worked on his apparent political connections, people will remain paranoid that there is a secret nest of abusers at the heart of our society: that is the reflection of our powerlessness, and based on the real truth that they gain power from secrecy and unaccountability. The fact that other alleged abusers, such as Cyril Smith and Greville Janner,  also used their access to institutions to gratify their lust for power shows not that there is necessarily a secret cabal at the heart of things, but that there is a systematic possibility of this fed by the way society is organised.

As such, we need to free ourselves from the Savile society.