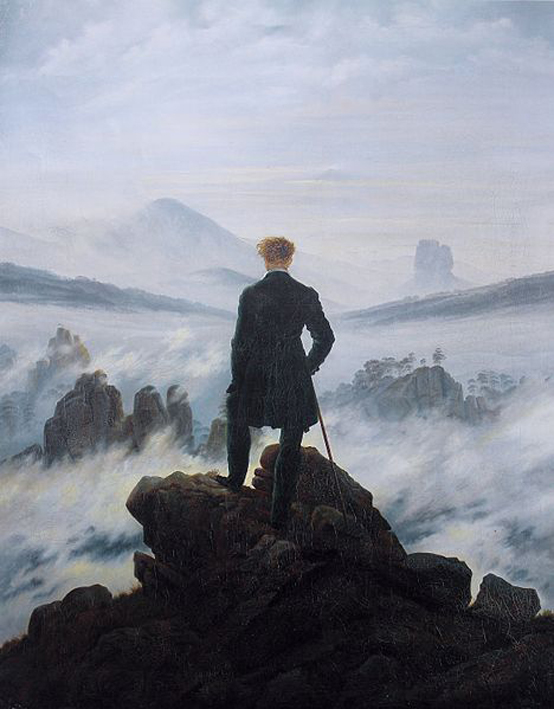 As humanity’s relationship with nature has changed so has the meaning of the concept.

Now that the reactionary ideology of Christianity has been banished to the history books most of us believe that our origin as a species was in nature. It is very ironic, then, that in some ways nature has replaced religion in its use as an ideological component within the values of those who oppose human progress.

The worshipers at this altar look to nature as a realm of unchanging certainty and romance. It is conceived as an entity that transcends human culture; a bastion of reality where human, as well as every other nature, is frozen forever in an ideological dogma of despair. The Green movement see a return to Mother Earth as their saviour and the right wing revel in their concept of nature as an exterminator of weakness and compassion. How often is the metaphor of animal behaviour used to illustrate their contempt for the human struggle for reason and social justice? Perhaps a brief historical survey can illustrate how the concept of nature has been used to confront and deny cultural progress.

‘The Romantic Movement’ can be understood as a reaction to the realities of France’s bourgeois revolution of 1789/1793, which many believed to be the product of Europe’s ‘Enlightenment’ and its belief in reason as humanity’s guiding principle. This antithetical ideology centred on the emotions and the sublime within the natural world. Nature was conceived of as transcending human reason and the culture it had produced. It was also used as a metaphor for the passions, which represented nature within humanity. It is still retained by many as the principle of life that transcends the creations of technology and the social institutions, including politics, of cultural evolution. Despite this assertion, or more probably because of it, nature has become a continuing motif of ideology; from nationalism to fascism, liberalism to environmentalism and from human rights to animal rights. It is, therefore, not surprising that these ideals appeal mainly to the emotions and not the intellect.

Rather than transcending politics nature has, ironically, become one of the main ideological ideas within both right and left wing propaganda. The transformation of the ideologies of the free market and the nation state into the natural ‘deities’ of the liberals and fascists respectively, evolved from the same romantic emotional approach to politics. Both point to ‘human nature’ as the origin of their values; individualism for liberals and collectivism for fascists. What unites both these ‘wings’ of reactionary ideology is their disbelief in, and fear of, social change.

Once an ideology is identified with nature it, much the same as religion, becomes fossilised and unchanging. The owners of wealth and power in this capitalistic culture of ours obviously prefer an ideology that seeks to deny the concept of profound social change. It is therefore unsurprising that their media continues to relentlessly pump out this kind of propaganda. Let us take a rest from their sound track to our lives and consider another version of what it is to be human:

The first hominids made their appearance about 3 million years ago. The subsequent success of the naked ape has led some to claim that Homo sapiens is now the dominant species on the planet. This is contestable in the light of the innumerable viruses and insects but it would be illogical to deny our impact on the world for good and ill. Many have conjectured that it is our long learning childhood that gives us the ability to override any ‘natural instincts’ and so adapt quickly which is responsible for this success. Other creatures possess nominal cultural characteristics (occasional tool making, language etc.) but none have become as completely dependent on their technological creations as has our species. This technological development changed not just our environment but it transformed our humanity. In doing so it also gave us the capacity to understand how and why it was doing so both culturally and politically.

Political consciousness (towards socialism) is a direct consequence of social relationships inherent within the mode of production which is itself contingent upon technological evolution. That this (capitalist) mode of production creates alienation between the producers of wealth and what they produce can be seen as a reason for the ‘nostalgia’ of a ‘return to nature’ which is exemplified by the ideologies referred to earlier. But it is not technology itself that is the cause of so much suffering and despair but the use to which it is put – production for profit and capital accumulation.

Of recent times this old debate has been transformed by global warming and its probable dire results on the environment that even the capitalist class will not be able to escape. As long as pollution was only exterminating other species and those who lived in the ‘third world’, few ‘first world’ intellectuals were very interested. We now have two camps, both fiercely committed to their respective positions, one of which promotes the ideology of global catastrophe and the other who sees it merely as a liberal conspiracy with which to criticise some aspects of the market system.

That the ‘natural’ status of consumer capitalism is now under general debate can only be a positive development from a socialist point of view. Even without this catastrophic ‘sword of Damocles’ hanging over the world, socialists were – and still are – just as concerned about the impact everyday pollution is having on our environment. What we do not invest in, ideologically, is the moral superiority so manifest by the liberal participants in this debate because we know that any variation of capitalism would not, and could not, prevent global warming. In what is surely an expression of a most staggeringly complacent smugness some claim to be delighted that the planet is somehow ‘fighting back’ and that without the ‘plague’ of mankind it will return to some ‘natural’ balance. You can be sure that when these people’s houses are under threat from forest fires or flooding that their voices will be the loudest and shrillest in apportioning blame and calling for help.

Whenever ‘nature’ is used as a concept in debate you can be sure that there lurks beneath it a reactionary ideology (of either left or right). Socialists use the concept neither to support genetic determinism (unchanging human nature) nor in terms of a rose tinted romantic return to a utopian paradise. To be human is, primarily, to produce; to transform nature socially. That this can be done without the waste and pollution of capitalism is central to our cause.

A friend said recently that his boss had gone to China to clinch a deal for the manufacture of new computer hardware that they had developed. When I asked if his boss would concern himself with the working conditions and possible levels of pollution when making his decision my friend turned to me with a look of surprise at my seeming naivety, saying: ‘Oh no, he just wants to confirm the lowest price of production’. Then upon anticipating my next question he said: ‘If we didn’t compete by getting the lowest price for labour we would go bankrupt quickly.’ So there we have it, without ideological bias, a bald statement of the reality that without pollution there could be no capitalism and vice-versa.