Material World: ‘I Feel I am a Slave’ 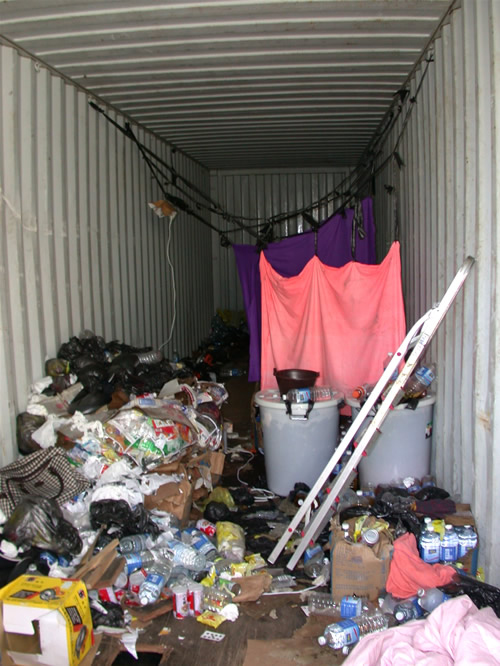 In the Gulf, the International Trade Union Confederation says that 2.4 million domestic workers are facing conditions of slavery. Rothna Begum of Human Rights Watch says that ‘in many houses these women have absolutely no status – they have been bought’. The International Domestic Workers Federation estimates that families save $8bn (£5.1bn) a year by withholding wages from their domestic workers. ‘With kafala and other legal systems around the world that give no labour rights to migrant women, you are giving almost total impunity to employers to treat these women however they like,’ Begum says. ‘It’s startling what cruelty can emerge when one person has complete control over another.’

Marina Sarno explains ‘I had no time off, no time to rest ever. Even when I was trying to eat, she would be calling me: ‘You are not here to rest. I paid a lot of money for you.’ To her, I was a slave. I was not a human.” Marina told her agency that she was being mistreated, but they said she had to stay until the end of her contract. “They said, ‘Your madam has paid good money for you’” (Guardian, 24 October).

Yet we should not consider such conditions as only applicable to the Middle East. In the UK there is the 2012 Domestic Worker’s Visa, designed for cleaners, chauffeurs, cooks and nannies from outside the European Union, who are accompanying overseas employers to the UK. It too is a system that ties overseas domestic workers to just one employer refusing them the right to change their employer in the UK. 15-16,000 Overseas Domestic Worker visas are issued to private households each year (around 200 visas are issued annually to those working for diplomats). The charity Kalayaan, which helps migrant domestic workers believes it facilitates and institutionalises the domestic servitude of workers. The old system allowed them to change employers once they were brought here, giving them a straightforward escape route if they experienced bad treatment. They could find a new job and apply to get their visa renewed. This system was praised as a model of fair play. The UN described it as ‘instrumental in facilitating the escape of migrant domestic workers from exploitative and abusive situations’.

The UK’s government position is that only a tiny proportion of those here as domestic workers are abused and exploited. However, Human Rights Watch said it had found serious abuses of migrant workers by foreign employers in the UK. ‘We have documented the forced labour of domestic workers; they have been made to work extremely long hours without breaks or days off, paid very little or not at all, psychologically abused and not provided with food,’ said Izza Leghtas.

‘Alia’ came to the UK as a maid. She said her passport was taken from her, she was made to eat scraps of food and sleep in a cupboard. ‘They promised me they were going to pay me more, but they didn’t pay me. I started in morning at 06.00 until midnight. I didn’t have any break and they never let me go out,’ she said. ‘I feel I am a slave, they told me you have no right to be questioning us because you are just a housemaid,’ she recalled. Alia eventually managed to escape, but by leaving her abusive employer she breached immigration rules and is now an illegal migrant. Her only option is deportation.

The Joint Committee on the Draft Modern Slavery Bill reported that ‘In the case of the domestic worker’s visa, policy changes have unintentionally strengthened the hand of the slave master against the victim of slavery’. The now 2015 Modern Slavery Act only provides for a six month period of leave for those domestic workers conclusively identified as trafficked.  For someone who has been trafficked he or she is expected to find employment within 28 days (the time limit specified by the rules) and during this time the worker has no recourse to public funds so may be destitute. They have to apply for the six-month visa having secured employment so need to search for and find employment with no clear immigration status. The worker needs to find an employer who will agree to employ them in their private household in spite of the six months limit to their visa and who will support an application to the Home Office. Last September the campaign group the Migrant Rights Network argued:

‘We are left with a provision which hasn’t taken account of the promised review and which offers so little leave it is worthless in practice. Worse there is a likelihood that these workers,  still not fully recovered from the effects of the trafficking, left with no evidence of their right to work, destitute and with the same pressures to support their families which led them to migrate in place, will be pushed into exploitative employment or even re-trafficking.’