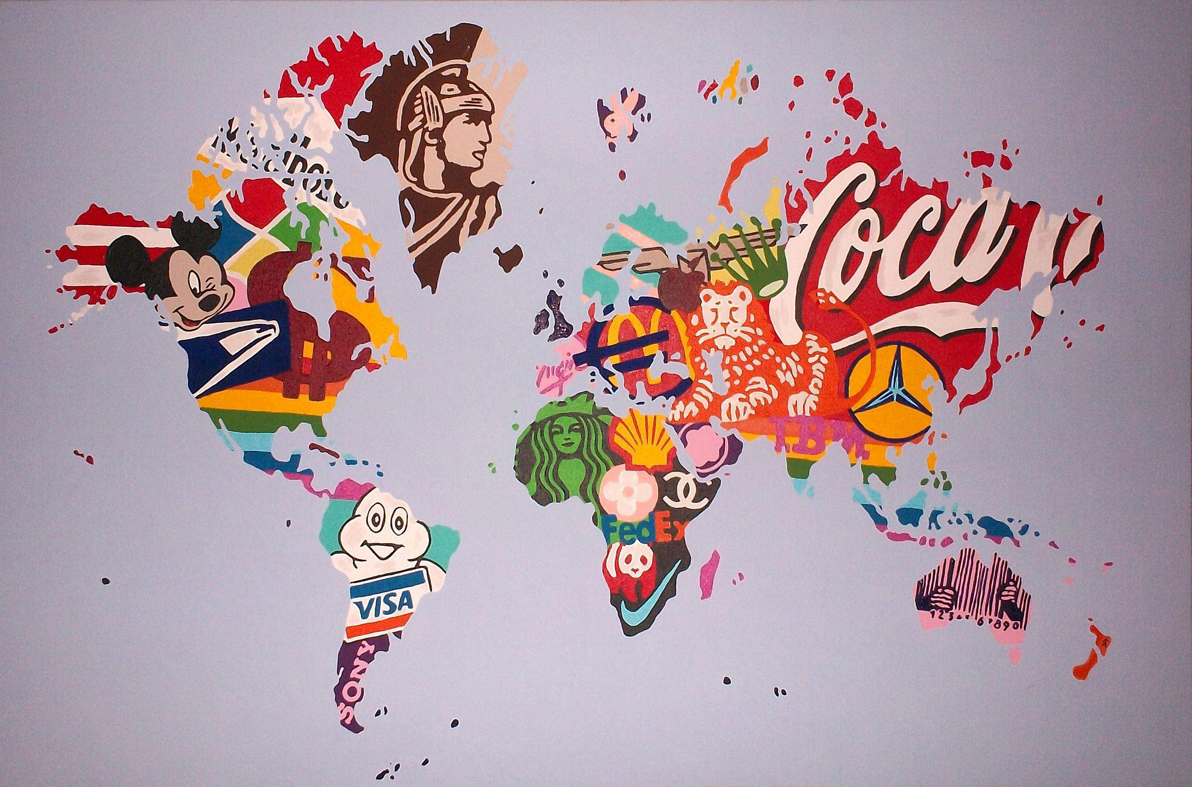 If you have the money you can buy anything; from a can of baked beans to a Pacific island. But what does such ‘ownership’ signify? The right to define the future (immediate or indefinite) of what is purchased – the right to ‘consume’. This relationship between humanity and the world humans created is the vital illusory component that sustains capitalism. Who or what gives anyone the right to consume that which is produced by another? It is as if those who produce do not exist, or rather, only exist to facilitate the relationship between product and consumer. That most consumers are also producers is entirely overlooked in terms of the ownership of what is produced. When workers walk out of the workplace they are immediately transformed into consumers surrounded by a seemingly limitless cornucopia of potential acquisition. They are confronted by the alienated fruits of their own labour; stolen from them by the use of the confidence trick called wage labour. Not only have they paid (labour) to create the products but they now are obliged to pay again (money) to retrieve them.

There is no point in attempting to formulate and trace the economic origins of ‘private property’ since this is merely the history of regulated theft of which capitalism is the latest manifestation. The astonishing fact is that we live in a culture where those who do not produce own everything and those who do produce own almost nothing. Most are only vaguely aware of this and will shrug with a phrase similar to: ’it’s always been like that’. If there is  such a thing as ‘human nature’ then it is defined culturally and we can legitimately ask: what kind of being has consumerism produced? Is he/she content and happy? This question has to be rhetorical because we all know the answer. What then are the consequences of the internalisation of consumer culture on our relationships with others, and crucially, with ourselves?

The concept of the ownership of something you did not produce is irrational. That the decision of the fate of something that is made belongs to the producer is infinitely more sustainable both rationally and morally. To enter into a ‘contract’ that enables another to decide the future of what you have produced can only be the result of an unequal power relationship; and as such it has no moral integrity. To bring something into existence is surely the only rational base for its ownership. It follows that if, as now, most commodities are socially produced then they should be owned socially. The basis of consumerism is to break that link completely; as if the children belong, not to the parents, but to the owners of the hospital and medication that facilitated the birth.

Paradoxically, and in an inversion of this absurdity, the concept that parents ‘own’ their children is a direct consequence of the internalisation of consumerism. From our inception we feel owned and as a consequence we seek ownership as validation of status. The emotional and financial expenditure of parents leads many to assume the rights of ownership in terms of the determination of their children’s values and their right to, and type of, happiness.

Adult relationships tend to be a replay of this where the ‘beloved’ within an exclusive relationship is ‘owned’ by their partner. A glance at any dating web site will leave you in no doubt that what is being offered is a consumer choice of another who will ‘complete you and give meaning to your life’. The child or the partner is conceived of as an accessory for a successful lifestyle. Like a flashy sports car others become an extension of the ego. And these are people we love; pity those who serve us in restaurants or on checkouts in supermarkets if they are tardy in their duties. Having paid our hard earned cash, god help anyone who frustrates the ownership of the service or product we anticipate.

Someone once asked me: ‘Would I have to give my record collection to the people after the revolution?’ Obviously this is a rather crude interpretation of a property-less culture since it conflates property with products; the former being defined as the means of social production and the latter being the commodities consumed. But it does illustrate the paradox of ‘owning music’. We are all aware of the dramatic changes to the technology that mediates the arts. Our record collections are now replaced by ‘iTunes’ and ‘clouds’ that store our favourite melodies. We acquire this music through the internet in a variety of ways, many of which are devoid of conventional payment and the subsequent ownership that defines old fashioned consumerism. The parasite class are furious about this loss of revenue but, in their and our absence as the owner, who should define the fate of a recording? Does it become the ‘intellectual property’ of the musicians who made it? As was said earlier the only rational owner of anything is its creator. But once the decision is made to release music onto the internet those concerned realise it becomes the potential property of everybody – and, therefore, nobody.

Music could be finally returning to its creators – humanity. Those who have the talent to sing will sing, those who can play instruments will play them and those who like to listen will rock. No middleman can stamp his ownership on something as natural to humans as music. Such is the fate of the absurdity of the concept of ownership and consumerism. Technology, so long our master, has rescued us from our enslavement to it by helping to liberate our humanity – the need to transform the world in our work. But the dire warnings of our masters concerning ‘piracy’ and the immorality of not creating profits for them and ‘the economy’ still resonates in the ears of many. Capitalism cannot help but create its own demise and it is our duty (and pleasure) to point this out to the working class using such examples as the above. To quote John Lennon: ‘Music is everybody’s possession. It’s only publishers who think that people own it.’