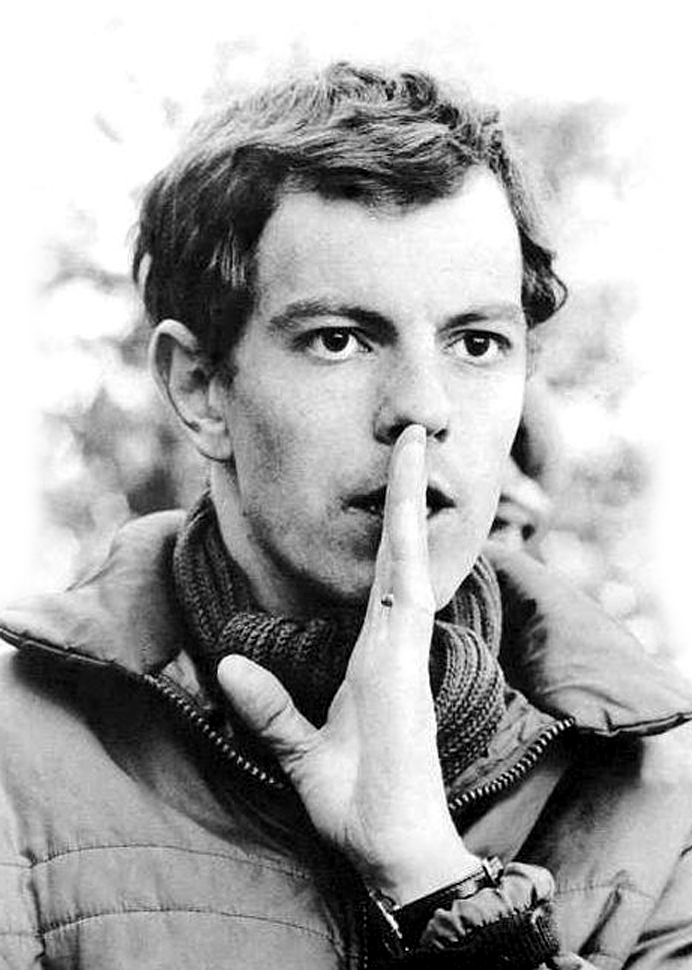 To mark the 80th birthday of film-maker Peter Watkins, we examine his unfairly neglected work.

Peter Watkins, the film auteur, has been subject to massive marginalisation of his work. His entire oeuvre has seemingly met with extreme disapproval by the state, the power structures in capitalism and its ideological support structure, the mass media. Watkins can be a difficult film artist but he is essential cinema, the pioneer of the faux docudrama where he dissects historical events, the present day, or the near future. He described himself as a libertarian socialist and campaigns against false, stale and authoritarian film-making.

In the mid-1970s, Watkins’ experience of film-making and his studies of mainstream cinema and television led him todevelop his theory of the ‘Monoform’, the predominant style used by the ‘Mass Audio Visual Media’ (MAVM) industry. A film or programme produced in the Monoform would be edited with a rapid succession of different images which don’t allow the viewer long enough to digest and consider what they have seen. This style manipulates the viewer into interpreting the film according to what the film-makers determine.

This theory influenced how Watkins would make his films. For example,The Journey(1987) did attempt in its use of time, space and alternative structures to counter the Monoform. His later preference for lengthy films gave the viewer more time and information to consider the subject matter, although he recognisedthat non-monoform movies don’t have to be as long asThe Journey’s14.5 hours! His use of non-professional actors and improvised scenes (even before he developed the theory of the Monoform) were intended to give a voice to people outside the media industry.

His theory of the Monoform includes a discourse about the ‘Universal Clock’ which refers to the synchronisation and the global movement of the televisions in the world, calibrated anywhere, at any time, their programming constructed without meaning, context or feeling but fitting within time constraints determined by commercials.

The Monoform treats audiences as receivers, consumers, passive spectators when faced with news, television and film. People are trained to accept the mass media in a non-critical light as if the media is neutral  and informative. The Monoform precludes any critical analysis of technique, structure, or effect, and is based on pre-formed moulds, from which there is no real freedom. The public are viewed as inherently stupid so that it needs authoritarian, simplistic, rapidly-moving language forms in order to absorb consumer ideas from TV.

To counter the Monoform, Watkins advocates an organic relationship between the film-maker and the audience; using non-professionals furthers his cause of involving the public in a democratic media. Watkins has laid out new possibilities for meaningful audience interaction with media, not just for viewers and those involved in production, but on a personal level. He endeavours to remove the comfortable avoidance of reality inherent in conventional programming on television by challenging the mainstream media’s handle on the way we view the world through television and film. Watkins has wrought more truth from the faux docudrama genre than the documentaries of the so-called vérité school.

Watkins himself pioneered the docudrama genre of dramatising events in the style of newsreel footage, right from the early years of his career. In the mid 1950s, he was part of the Playcraft amateur theatre group in Kent. He acquired an 8mm camera and directed the group in short films set in the first and second world wars, and during the 1956 Hungarian uprising. By the early 1960s, Watkins was working as an assistant producer at the BBC. He had already noticed that ‘much of the commercial cinema in the 1950s and early 1960s, and television in general, felt extremely stilted and conventional, holding the public locked into set and authoritarian agendas’, and he wanted ‘to offer a way of countering the effects of soap-opera historical reconstructions and TV news broadcasts’ (pwatkins.mnsi.net/part2_home.htm). So, when he had the opportunity to produce his own film for the BBC, he built on his newsreel style, and Culloden (1964) was the result.

The film showed the 1746 battle between forces loyal to the Stuart and Hanover royal dynasties, and its aftermath, as if a TV camera crew had been there to record it. In less than an hour, over 2,000 soldiers were killed, and the victorious Hanoverian Duke of Cumberland’s troops then went on to hunt down any remaining members of opposing clans. One of Watkins’ aims was to draw parallels between the resulting destruction of the clan system and the American army’s impact on civilians during the then-current Vietnam War.

Many of the cast were non-professional actors, including descendents of those who fought at Culloden. This wasn’t just an artistic decision in order to elicit more naturalistic performances, but also a political statement. Watkins wanted his films to provide a voice for anyone, rather than the biased, unrepresentative media industry. The film received enthusiastically supportive reviews, especially for its pioneering techniques.

After Culloden, the BBC commissioned Watkins again, and he produced the 1965 harrowing, bleak, nuclear war docudrama The War Game, 47 minutes in length. It concerned a nuclear attack on Britain focusing on the North Kent area, and featured instant flash blindness, a firestorm, radiation sickness, widespread psychological damage and suicide. We see the Army burn corpses, the rationing of resources, police shooting looters during food riots, civil disturbance becomes a capital offence, and people are executed by firing squad. The cast was almost entirely made up of non-actors, and Watkins filmed in the style of a news magazine programme.

The BBC violated their own Charter when in September 1965 they screened the film to senior members of the Home Office, the Ministry of Defence, the Post Office, the Military Chiefs of Staff, and the Secretary to Harold Wilson’s Cabinet. As a result, the BBC suppressed transmission before the screening date in October 1965, stating ‘the effect of the film has been judged by the BBC to be too horrifying for the medium of broadcasting, it will, however, be shown to invited audiences.’ A Parliamentary question in December 1965 ‘asked the Secretary of State for the Home Department what representations he made to the BBC concerning the Civil Defence film called The War Game; and why he exerted pressure to prevent its showing to the public’. But the Labour government denied any outside pressure on the BBC. There had also been pressure from Equity, the British actors’ union, who were angry that non-professional actors had been used.

The War Game was released to cinema in 1966, and picked up the Academy Award for Best Documentary Feature, and a BAFTA. Hypocritically, the BBC picked up the awards although the BBC had also said the film was banned because it was an artistic failure! Today both The War Game and Culloden have been available for some years on DVD but it is difficult to obtain these films for theatrical screenings which is related to restrictions imposed by Equity. The BBC eventually broadcast The War Game twenty years later in July 1985 during the week before the fortieth anniversary of the Hiroshima bombing.

The film essentially stated that civil defence policies did not prepare the public for a nuclear attack. Watkins said later that ‘I was interested in breaking the illusion of media-produced ‘reality’. My question was ‘Where is ‘reality’?’’ Watkins disassembled the fourth wall to uproot the MAVM complacency, and characters deliver direct Brechtian statements to camera. Patrick Murphy, a senior lecturer in Film and Television at York St John University, quotes Watkins: ‘The War Game and Culloden are signposts to a direction that TV could have taken, but refused. Television could have been a plurality of forms and processes.’ Watkins’ disillusionment with the way television programming was heading meant that he left the BBC and turned instead to film production.

His reputation as a talented new voicemeant he could attract the backing of major studios such as Universal Pictures. This led to Privilege (1967), a docudrama about Steven Shorter, a manufactured pop idol of the near future. Shorter’s career is dictated by his management company, which is working with the government to distract his millions of fans from society’s problems. His stage act uses violence to provide ‘the public with a necessary release of all the nervous tension caused by the state of the world’. Shorter’s popularity with the masses means that he can be used to manipulate them. So when the state wants to promote religious and national unity, Shorter is rebranded as repentant and faithful. The singer Paul Jones from Manfred Mann plays Shorter, giving a tense, awkward performance which reflects how the character is trapped and unable to express himself.

Privilege was dismissed by contemporary reviewers as ‘paranoid, hysterical and unconvincing’ (Privilege DVD booklet), and was shown by few cinemas. Consequently, it has been largely forgotten, whereas it should be recognised as a lively and perceptive critique of the mass media’s power, echoing Herbert Marcuse’s views about consumerism as a form of social control. The directions that Watkins’ career would take next reflect his growing awareness of how the media industry stifles intelligent debate. The concluding part of our look at his work will follow in the next issue.