In the 1972 science fiction film Solaris, a group of cosmonauts discover an unusual planet, but are unable to comprehend its alien nature or its psychological effects on themselves. Adam Curtis, in his latest documentary, Bitter Lake, argues that this is analogous to American, British and Soviet involvement in Afghanistan since the Second World War.

The programme’s title comes from the venue on the Suez Canal for a meeting between President Roosevelt and Saudi Arabian King Abdulaziz in 1945. Curtis says that this was a starting point for the ongoing complicated power struggles in the Middle East. His focus is on Afghanistan, where both the Soviets and the West optimistically and naively tried to implement their brands of capitalism without understanding how the local culture and political economy reacted. The result was not only upheaval and bloodshed, but also growing doubts about the efficacy of both variants of capitalism. 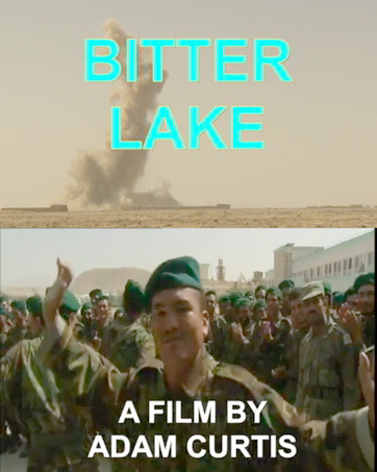 Recent official accounts have repackaged events in Afghanistan as a conflict between ‘good’ and ‘evil’. Terrorists have provided a convenient archetype of ‘evil’, which draws attention away from how actions by western forces helped create the current situation. Western influences brought violence and instability to the people of Afghanistan, who in some cases turned to an ideology ostensibly opposed to western values: fundamentalist interpretations of Islam. American and European military and economic involvement fuelled jihadism, which in turn fuelled more western involvement, creating a feedback loop. When politicians simplify all this as a battle between ‘good’ and ‘evil’, they are disguising the real messy conflict between ideological, political and economic forces. None of this has benefited the majority, as grim footage of bombed-out cities proves.

Curtis explains in his blog that producing the documentary for BBC iPlayer means that he ‘isn’t restrained by the rigid formats and schedules of network television’. Indeed, it’s hard to imagine his 136-minute polemic fitting in with the BBC’s other output. Between the brief packets of narration and captions are scenes of army patrols, shootings and explosions, alongside clips from sources as diverse as Carry On Up The Khyber and Blue Peter, as well as Solaris. This unconventional style suits the imaginative, perceptive arguments Curtis makes.