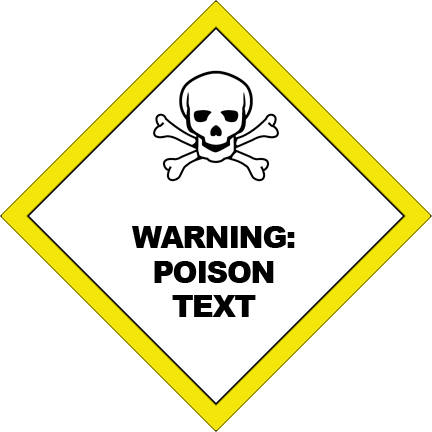 Attempting to explain how a four-dimensional being would view three-dimensional humans, Carl Sagan in Cosmos invited us to imagine our 3D selves looking down on beings in a two-dimensional universe. To us they would appear as cut-outs on a flat page, with length and breadth but no height, with no distinction between public and private space, with nothing concealed either inside their bodies or outside. If we tried to talk to these 2D beings, they would be astonished to experience our voice as appearing to them from everywhere at once, both internally and externally and through all their senses, like a ghost from some spirit world.

The far-sighted Sagan presented this analogy without the least expectation of it coming true. And yet in a sense it has come true. The internet has made it so.

Now we are all able to look down on the two-dimensional world of the internet screen and speak to it like a god, anonymously, as if from nowhere and everywhere. Simultaneously, we are all trapped in that 2D world, and anyone can look down at us, from above, right into the core of our being. And what is the result? Public and private spheres are now in collision, not just with the hacking of celeb or child nude pictures from cloud storage, not just by government agencies ferreting through our private correspondence, but in even more sinister ways. Now we are seeing inside the skin of humanity, as it were, into the hidden depths, and it’s not a pretty sight. Before the internet, communications were largely constrained within the social protocols of politeness and good taste. Nobody imagined that society had an inner beast or if there was, it was confined to a few demented freaks and kept well and truly out of view and behind closed doors. The ‘troll’ was a being that existed only in nightmares.

Now the lid is off and we are peering in on a panorama of earthly delights redolent of Hieronymus Bosch. This is not what anyone expected. It’s not just a case of a few intemperate hotheads firing off ‘flame’ emails or carelessly worded texts without explanatory ‘smileys’. Celebs are leaving Twitter and celeb Twitch gamers are turning off their feedback comments because of the amount of abuse and threats of ‘doxing’ – having their private information posted online. Sexting has resulted in new laws to prevent ‘revenge porn’. In the instantly reactive online environment, a stray word can result in death threats. Presenter Judy Finnegan and her daughter were recently threatened with rape (quite possibly by women) for making the innocuous suggestion that violent rapes were worse than non-violent ones (‘Madeley warns trolls over rape threat’, BBC Online, 16 October). In the GamerGate scandal, in which female games programmers have been terrorised for speaking out against the depiction of women in games, a planned feminist games conference had to be cancelled due to threats of a spree-style massacre (‘Feminist video-games talk cancelled after massacre threat’, BBC Online, 15 October). As tablet-toting children from 9 upwards join in as spectators of cyber delights including hard-core porn, 22 percent of boys aged 12 – 15 and 30 percent of girls report being bullied online, and at least as many know someone who is bullied or has suffered from deliberately embarrassing online exposure (‘Call for teens to self-regulate net use ‘, BBC Online, 15 October).

Society responds with more new laws to expose trolls by lifting up their stones of anonymity before they can scurry away out of sight. There’s no doubt that trolls are nasty pieces of work. Most commentators don’t feel the need to explore the question why. Trolls are just a fact of life. Every barrel has a few rotten apples. It’s human nature.

In what other familiar reality is it common for bullies to prosper and fear to silence critics? In what circumstances are rape and random shooting sprees considered normal? Where do we find social agreements torn up, civil rights trashed, human dignity laughed at, intelligence recruited in the service of stupidity, and anger geysering up as if from a limitless well?

We typically find those things in a war.

Looking inside the skin of society, as the internet now allows us to do, we are seeing many of the classic hallmarks of warfare.

This issue of the Socialist Standard carries the first of a series on current wars, beginning with ISIS. It’s a truism for a socialist to say that capitalism causes war, but as a statement it’s not nearly strong enough. It’s like saying that football causes knee injuries or that water skiing involves getting wet.

Capitalism is war, plain and simple. It’s not just market society with a war on top, it’s war all the way down, and can only be properly understood as such. Peace is a social myth we have constructed to delude or amuse ourselves in our leisure moments eating rat stew in the trenches.

Nation states, schools and commercial businesses are organised hierarchically, like armies, and we are all reluctant conscripts, squaddies whose task it is to fight whoever we’re told to fight, whose received ambition may be to make NCO or officer but whose real ambition, if we’re not blinded by patriotism or xenophobia or bloodlust, is to not get killed.

Understanding that capitalism is war helps to make sense of the news in a way that nothing else does. Random acts of violence no longer seem random. The fear and the paranoia and the endless search for scapegoats and snake-oil cures become explicable, even predictable. The impotent and irrelevant posturings of politicians are meaningless precisely because they are war propaganda, as bogus as Hollywood fantasies, monarchical pomp or religious preaching. This is not civil society with a few oddballs and quirks, it is society in shellshock, having a continuous mental breakdown.

Obviously this comes as a surprise to a lot of media pundits who fondly imagined society as different from this, and who now search anxiously for reasons, alibis and justifications. But what do well-fed semi-detached liberals know about the anger of the food aid queue and the final demand? It’s war, the reality show, and now on prime time and social media for your entertainment.

For socialists, the only part of this war that makes any sense, that is worth fighting, that might realistically stand a chance of ending war forever, is the class war, the war against the idea of capitalism itself, the mindset of private property and public poverty, the universal acceptance of oppression. Everyone else is fighting to win, or not lose, or just survive. If we were to win the class war, it would remove the main reason for fighting all the other wars. In socialism, society could finally start to recover from the hell it has put itself through.

There is an upside to the internet’s opening of Pandora’s Box. Humans are being forced, albeit reluctantly, to face their demons, to acknowledge the real state of affairs instead of paying lip service to ritual, custom and pretence. And capitalism, which traditionally masks its ugliness with these same rituals, is increasingly running out of dark holes to hide in. The faster we are communicating, the more we’re beginning to understand, and the more we understand, the sooner we will act.