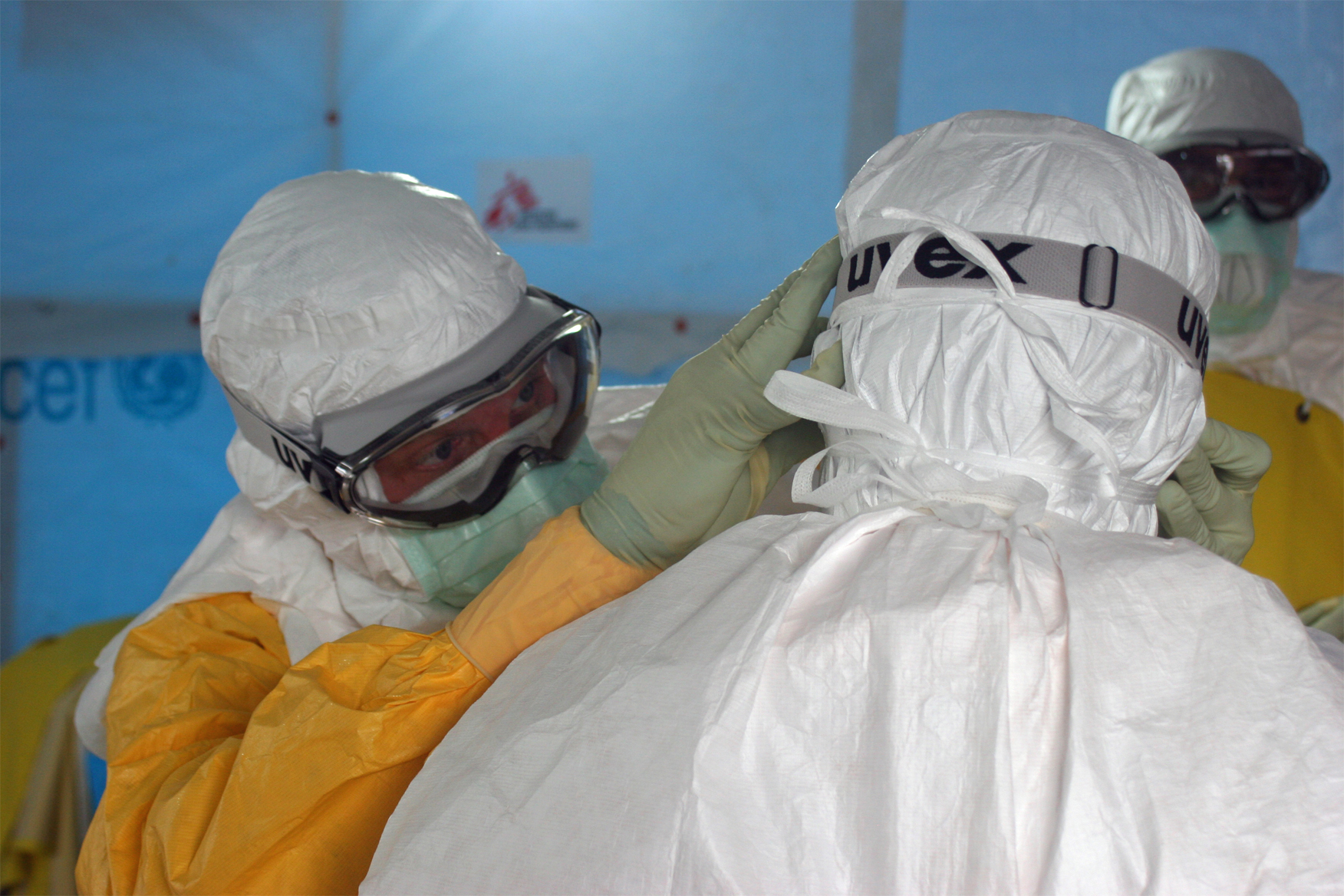 The World Health Organization (WHO) now estimates that the Ebola death toll in West Africa had surpassed 4,000—though it warned that the statistics ‘vastly underestimate’ the true scale of the epidemic. Hundreds of health workers have died in Liberia, Guinea, and Sierra Leone, three of the countries where the disease has hit particularly hard. The Centers for Disease Control and Prevention (CDC) recently released new estimates that Ebola may infect 1.4 million people in Liberia and Sierra Leone by the end of January. WHO said in a statement:

‘The Ebola epidemic ravaging parts of West Africa is the most severe acute public health emergency seen in modern times. Never before in recorded history has a biosafety level four pathogen infected so many people so quickly, over such a broad geographical area, for so long. The current situation is so dire that, in several areas that include capital cities, many of these common diseases and health conditions are barely being managed at all’ (commondreams.org/news/2014/09/27).

Properly called Ebola hemorrhagic fever (EHF), the virus damages the cells it hijacks so badly that victims often bleed from every opening of the body. This epidemic has been compounded by a shortage of health workers and facilities plus a belated and insufficient response from the international community. A relative handful of courageous medical workers have struggled to control the spread of Ebola and to treat people with the virus. Many of these people have themselves died.

In an article published in the New England Journal of Medicine, Doctors Jeremy Farrar and Peter Piot wrote that the epidemic ‘was an avoidable crisis.’ They go on to write ‘We are concerned that without a massive increase in the response, way beyond what is being planned in scale and urgency, alongside the complementary deployment of novel interventions (in particular the use of safe and effective vaccines and therapeutics), it will prove impossible to bring this epidemic under control’ (commondreams.org/news/2014/09/23).

Heeding such warnings many nations are sending medical teams and mobilising their militaries to set in place treatment centres.

In a world that is dominated by capitalism, no drug has ever been approved to treat Ebola, and little research has been done although the disease was first identified in 1976. An article in the New Yorker explained that ‘diseases that mostly affect poor people in poor countries aren’t a research priority, because it’s unlikely that those markets will ever provide a return’. The World Bank President Jim Yong Kim co-authored an article in the Washington Post which said that ‘If the Ebola epidemic devastating the countries of Guinea, Liberia and Sierra Leone had instead struck Washington, New York or Boston, there is no doubt that the health systems in place could contain and then eliminate the disease.’

We have now witnessed the near-panic reaction of some elements of the press as Ebola has indeed broken out in the USA and Spain. All over the world, airports are now screening passengers from affected regions and hospitals drawing up action plans to cope if indeed what some say is inevitable does happen.

Nevertheless, there is a tendency to blame the pathology of the disease (and the victims) for the epidemic. John Ashton, president of the UK Faculty of Public Health, places this crisis in its proper context, explaining ‘We must also tackle the scandal of the unwillingness of the pharmaceutical industry to invest in research to produce treatments and vaccines, something they refuse to do because the numbers involved are, in their terms, so small and don’t justify the investment. This is the moral bankruptcy of capitalism acting in the absence of an ethical and social framework.’ He said the international community needed to be ‘shamed into real commitment’ to address the ‘poverty and environmental squalor’ in which epidemics can thrive’ (telegraph.co.uk/health/healthnews/11010135).

Previous Ebola outbreaks used to be restricted to the rural areas in poor African countries. In other words, there are no large markets or high profits for the pharmaceutical industry. From a pure business perspective, the Ebola market used to be tiny compared to other viral diseases like influenza. Investors are more interested in a company that can prove it has an effective cure for influenza and sell to the global market for many years. Billions in revenues would be generated annually, driving stock prices far above those that could be achieved via rare diseases like Ebola.

It is not beyond human capacity to contain or defeat Ebola in West Africa since it is spread primarily by contact with victims and is not as easily contracted as airborne diseases such as SARS. Ebola victims are infectious only when they exhibit the actual debilitating symptoms and then they can be quarantined. In Nigeria due to a more developed health infrastructure, health workers were able to utilise their contact tracing teams, which were originally set up to detect and treat polio, to effectively stop its spread (theguardian.com/global-development/poverty-matters/2014/oct/07). Decades of civil war in Sierra Leone, Liberia and Guinea has ensured that their health systems are fractured and in disrepair.

Barack Obama raised in a television interview the worrying scenario that Ebola could mutate and become much more communicable. The virus already exists in at least four forms and it could happen although this need not be a mutation to a more lethal form but can be into a more benign mutation. But let’s imagine that Ebola undergoes a mutation that increases its ability to spread and then let us pretend that it then kills, on average, 40,000 to 50,000 Americans and at least a quarter million people globally every year. Now, for the capitalist class and the pharmaceutical industry, in particular, that is where you invest your money for a healthy (sic) return!