Enough Food for All

This volume contains a great deal of solid information about the production and distribution of food, from the origins of agriculture to the massive price rises in 2007 and the current global dominance of the food industry by four multinational trading corporations.

McMahon makes it clear that, although one human in eight goes hungry each year, enough food is grown today to feed over nine billion people, the projected population by 2050. To increase what is available for human consumption, food waste can be reduced, and cereals used to feed people rather than animals. Much more land can be brought under cultivation (albeit requiring a lot of effort in many cases), and in particular crop yields can be dramatically increased. In parts of sub-Saharan Africa, for instance, the amount of food produced could be at least doubled, were it not for such things as lack of knowledge, lack of access to technology and dysfunctional markets. As he says, ‘the problems are made by humans, not nature’.

Food production is subject to the vagaries of the weather and climate change in a way that is not the case with other products. Thus the area around the Black Sea (parts of Ukraine, Russia and Kazakhstan) has become a major supplier of grain, but its climate is more variable than that of North America: a heatwave there in 2010 decimated the harvest. What this shows is the extent to which food supplies are becoming globalised, with shortfalls in one area being made up by increased production elsewhere.

Another safeguard against poor harvests is the maintenance of food reserves, but even these are used as geopolitical weapons. Thus China is estimated to hold three-quarters of the world’s reserves of rice and maize (though the exact amount is a state secret). China is in fact now the biggest single importer of American agricultural products, and US food exporting is becoming more and more geared to this export trade, with railways being built so that enormously-long goods trains can transport soybeans and maize to the Pacific coast for shipping to China.

Here is how McMahon describes a framework for solving the earth’s food problems: ‘Imagine that there are no borders, no economic disparities, no unequal power relationships within society. Instead, pretend that the planet is a single system that can be optimally managed to deliver food and other services for humanity.’ He sees this as a ‘fantasy world’, but in fact it is not so different from how socialism could be organised to address food and other issues. 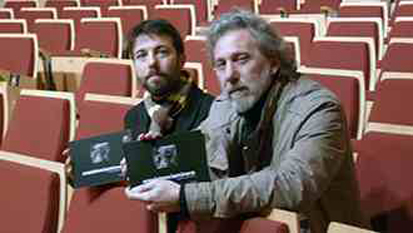 This exquisite photographic volume by Javier Bauluz and Marcos Martinez is supported by the Spanish Miners’ Solidarity Committee UK, the NUM, the Durham Miners’ Association, the National Justice for Mineworkers Campaign and the anti-fascist organisation Hope not Hate. These organisations, working closely together during the 2012 strike in Spain, collected and sent €33,400 to the Spanish miners’ unions in solidarity with the striking miners and their families.

On 30 May 2012, Spanish miners’ unions called an indefinite strike to force the country’s government to negotiate over an immediate 63 percent cut in aid to the coal industry. The photographic booklet documents the 65 days of the strike by the 9,000 miners in Asturias, Leon and Aragon. The Spanish state deployed the Guardia Civil to the coal mining valleys of Asturias where on a daily basis they used tear gas, baton charges, and rubber bullets against striking coalminers, who resorted to using stones, nuts, bolts, slingshots and fireworks issued from home-made rocket launchers. The photographs portray the roadblocks, pitched battles in pit villages, rallies, demonstrations, the march on Madrid which is all reminiscent of the 1984-85 Miners’ Strike in Britain. John Cunningham of the Spanish Miners Solidarity Committee wrote that the ‘NUM owe an enormous debt of gratitude to the Spanish trade unions and particularly the miners for their solidarity and financial support in 1984-85.’ In 2012 a Spanish coal miner said ‘this is not the first time miners have fought for all workers.’

We look forward to the day when the Spanish coalminers inscribe on their banner the revolutionary watchword ‘Abolicion del sistema de salarios’ .