The Maoist Insurgency in India 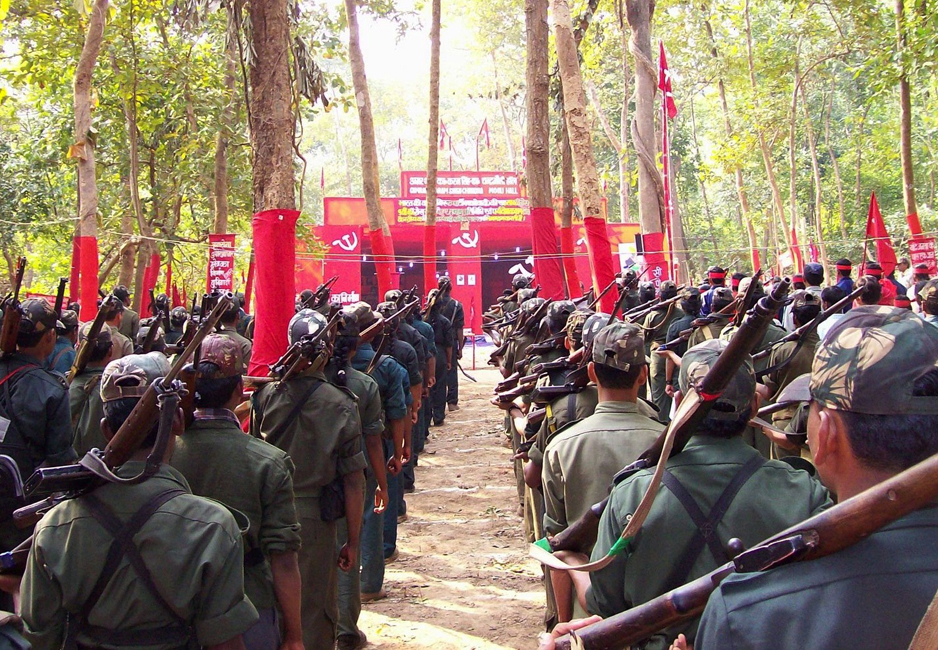 The Adivasis, the original people of India, are among the poorest people in the country. Infant mortality amongst Adivasis (from adi meaning from the earliest times or Scheduled Tribes – of which there are 635 distinct groups) is 57 percent, and child malnutrition 73 percent (the national average is the highest in the world at 48 percent), and 42 percent of under fives are undernourished.

The objective of the ‘Communist Party of India (Maoist)’, also called the ‘Naxalites’, is the armed overthrow of the Indian state and the creation of a ‘socialist-communist’ government. The Maoists insurgents do not consider the Indian electoral system to be democratic, but rather a tool that benefits the landlord and capitalist classes. The Naxalite insurgency (numbering around 20,000 armed fighters with 50,000 supporters) has spread over 40 percent of India’s land area, encompassing 20 of the country’s 28 states. The seven most affected Indian states in terms of fatalities are Chattisgarh, Jharkhand, West Bengal, Maharashtra, Orissa, Bihar, and Andhra Pradesh, in that order. The Indian state’s response to the Maoist challenge has been to send 81,000 paramilitary troops. In addition to paramilitary troops, the state has also used death squads known as Salwa Judum (SJ), meaning Purification Hunt. (The Indian Supreme Court declared the SJ illegal in 2011 and ordered the Chattisgarh government to disband it).

The state of Jharkhand in eastern India is a main focus of the insurgency. Deep within the Saranda forest in the state (where Adivasis make up 26 percent of the population) lies the world’s largest deposit of iron-ore. The Jharkhand government has signed 42 Memorandums of Understanding with various large iron and steel companies. The mining giants are firmly in residence in the north eastern state, which is now a fully militarised zone, and there are over a hundred bases with a total of 50,000 official paramilitary troops involved in military action, plus the mining corporations’ security forces.

‘The government has been helping in securing land, water, and minerals for the corporate giants through military operations. In Saranda in June, July, and August 2011, there were three massive operations: Operation Monsoon, Operation Bravo Boy, and Operation Anaconda. The security forces killed two Adivasis, raped several women, and tortured more than 500 Adivasis. They also disrupted the Adivasis food grain supply, destroyed the harvest, ate livestock, and destroyed all official identification papers of the Adivasis (ration cards, voter ID, land titles). The Adivasis were forced to leave their villages and they only returned after our intervention. The end result is that the government gave mining leases to 19 mining companies in the region including Tata, Mittal and others.’ Dungdung goes on, ‘Today, we live in the corporate Indian state, not in a welfare state. The government makes all the laws and policies in favour of the corporate houses… The state is simply not bothered about its people. See the example of the state of Chattisgarh, where 644 villages were forcibly vacated by Salwa Judum and handed over to corporations.’

According to Xavier Dias, spokesperson for the Jharkhand Mines Area Coordination Committee, the insurgents also attack Adivasi villages, extort money from mining companies, and protect the ones that are grabbing land from Adivasis. He says:

‘No corporate boss has so far been killed by the Maoists. When the Maoists call a general strike, those companies that pay levies to them are allowed to function and the rest are attacked. I do not believe that a mining company can function here without paying levies to the Maoists. Jharkhand is the place from where Maoists finance their operations in other states, too.’

Xavier Dias, however, admits that ‘there are places where the Maoists are providing some good services to the Adivasis, such as Bastar [a town] in the state of Chattisgarh’. According to Al Jazeera in many of these places the insurgents have organised the Adivasis and taken up community projects to provide services the government doesn’t. One village leader told Al Jazeera that the Maoists frequently visited their villages, and ‘treated everyone equally.’ Dias does not think that the Maoists are corrupt, but considers them ‘misguided’ and disagrees that armed struggle is the way to solve India’s class and Adivasi problems.

Dungdung is also critical of the Maoists:’ As far my knowledge and experience is concerned, they are not fighting for the Adivasis. Instead, they have created more problems for the democratic people’s movement. It’s very easy for the government to call these democratic struggles Maoist and suppress them. I think the Maoists are part of the problem, not the solution.’ As Dungdung points out ‘The government claims that its troops are there to counter the Maoists, but in actuality it is the democratic movements such as people resisting land grabs or fighting police repression that are intimidated into silence. By creating this drastic panic among the people, the corporations are free to suck out the minerals and forest resources.’

Some Adivasi groups have now formed their own resistance movements – in Orissa for example, several tribes came together to form the Chasi Mulia Sangh, a 5,000 strong tribal land movement unconnected to the Maoists (they assert). Armed with traditional weapons they are fighting for human rights and collective tribal ownership of their ancestral lands. They ‘claim they are caught between the two fires of an escalating Maoists/Naxalite insurgency and the government’s paramilitary backlash’.

Marx described ‘primitive accumulation’ as ‘The expropriation of the agricultural producer, of the peasant, from the soil, is the basis of the whole process.’ It is still going on. Capitalism is an insatiable monster as far as profits are concerned. Human misery is of no concern where the profit motive reigns supreme.