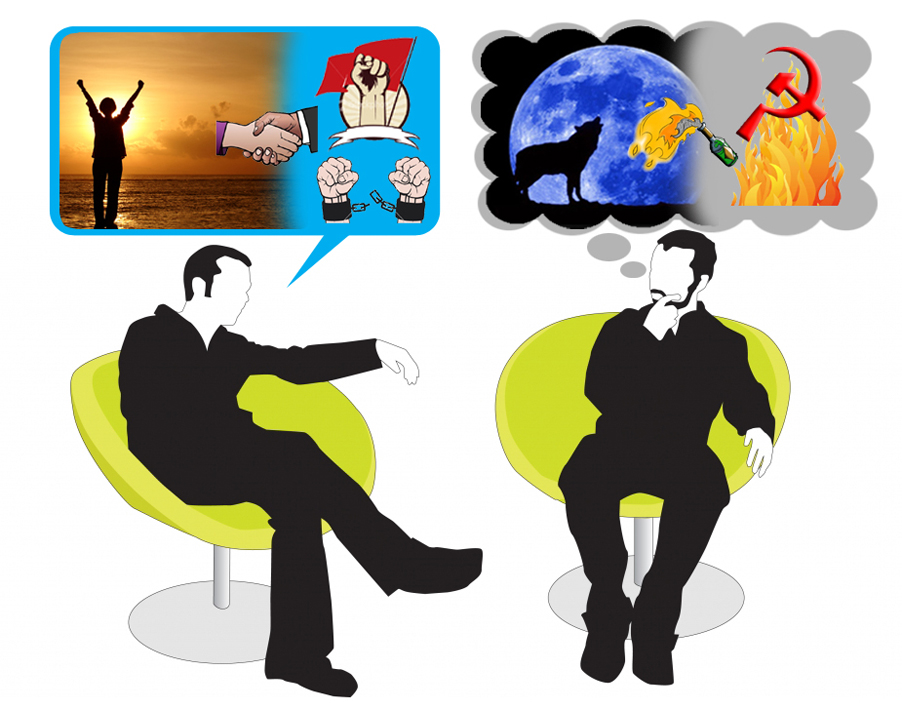 This is a question I received from a friend on Facebook a little while ago. It is, perhaps, an example of a political vocabulary which originates in ‘popular’ media sources. A socialist would never use such phrases as ‘Australia finds…’ or ‘Should the government take control’. Not because we agree or disagree with the associated ideas but because these phrases in themselves only serve to obscure political reality. The last part is, of course, the $64,000 question. Sometimes I believe that we socialists get isolated in our own political vocabularies – steeped as we are in the study of politics, history and economics. After several years within a socialist community a specific vocabulary develops; particularly as a response to the same questions we get asked again and again. In any political analysis we always seek to emphasise ‘class’ as a designation of social organisation because, in part, it serves to deconstruct the very words that seek to deny its existence i.e. government, nation, industry and even ‘the people’. Because of this, the use of the word ‘class’ for non-socialists, is deemed as controversial or even anachronistic! In the light of this let’s re-examine the question:

When asked how should the governments of nation states react to the discovery of natural resources within their borders there is only one answer – they will react the way all governments in capitalism must. They will seek to exploit the resource so that the maximum profits will be attained by the parasitic class that they represent. This means the employment of companies who make the best ‘bid’ for the rights to exploit. All kinds of corruptive techniques used by lobby groups will press for different sectors of the capitalist class to acquire this right from the government. Occasionally the state might take natural resources into ‘public ownership’. This is done either to prevent a monopoly which might cause high prices to other sectors of the capitalist class or because the politicians themselves wish to retain ownership and the ensuing wealth. Thus concepts of ‘Norway’ or ‘Australia’ acting in the interests of the majority of the population within those geographic locations is nonsensical.

‘Specialist skills’ are, of course, essential to extract such wealth and it is the socialist contention that it is this labour (intellectual and physical) that gives the oil (in this case) its exchange value. It is not, as many bourgeois economists would have us believe, the rarity of a commodity that gives it value but the labour needed to extract it. There are many rare entities that have no value (whether utility or exchange) at all i.e. four leaved clovers, river pearls, wisdom, rainbows, three legged dogs etc, etc. It is only the difference between the value of the labour (wages) and the products it creates that makes vast profits. Some of these profits are paid as tax which goes toward the payment for infrastructure of the state. Again it is debateable whether this acts in the interest of the majority since wages in the ‘public sector’ are notoriously low and the resources created are of the poorest quality allowed by law (to maintain low tax rates). Now let’s examine the concept of ‘the people taking control’.

Again the question of vocabulary arises. ‘The people’ could refer to all of the humans in the world, the population of a nation state or merely adults with some kind of democratic franchise. Socialists do not use this designation because, we would contend, it does not correspond to a political category. Politics, in the final analysis, is about power. This power is derived from the relationship of a group or individual with the means of production (origin of wealth). In politics we can only define people in this way – as classes. Not to do so would not constitute a political analysis (in any meaningful sense). Any objective economic study reveals that a tiny minority of the population live exclusively on dividends derived from profits while the rest of us are obliged to sell our labour to them to live. This majority or ‘working class’ needs to take control of natural resources and the means of production to rationalise and democratise society. Only when this is done can we speak of ‘the people’. It is the liberation from class society that socialism seeks to achieve. Only when we are liberated from being defined by our relationship with production can we become truly human and justify any culture’s inhabitants with the designation of ‘the people’.

It is usually instructive to analyse the type of language used in any political question before making an attempt to answer it. Experience allows the answerer to frame his response in a language most likely to be easily understood. Invariably this will initially contain a brief deconstruction of the words and concepts used to frame the question – which, in my experience, can frustrate the questioner. To him or her this can sound like prevarication since they usually have no concept of how politically loaded language is. However, this must be attempted because not to do so would mean using the same word with different definitions; rendering communication impossible. If the questioner is unwilling to indulge you in this quest to communicate my advice is to change the subject and attempt a subtle subversion of their language on another topic which, ostensibly, is unconnected with politics. Failing that, get another beer in.