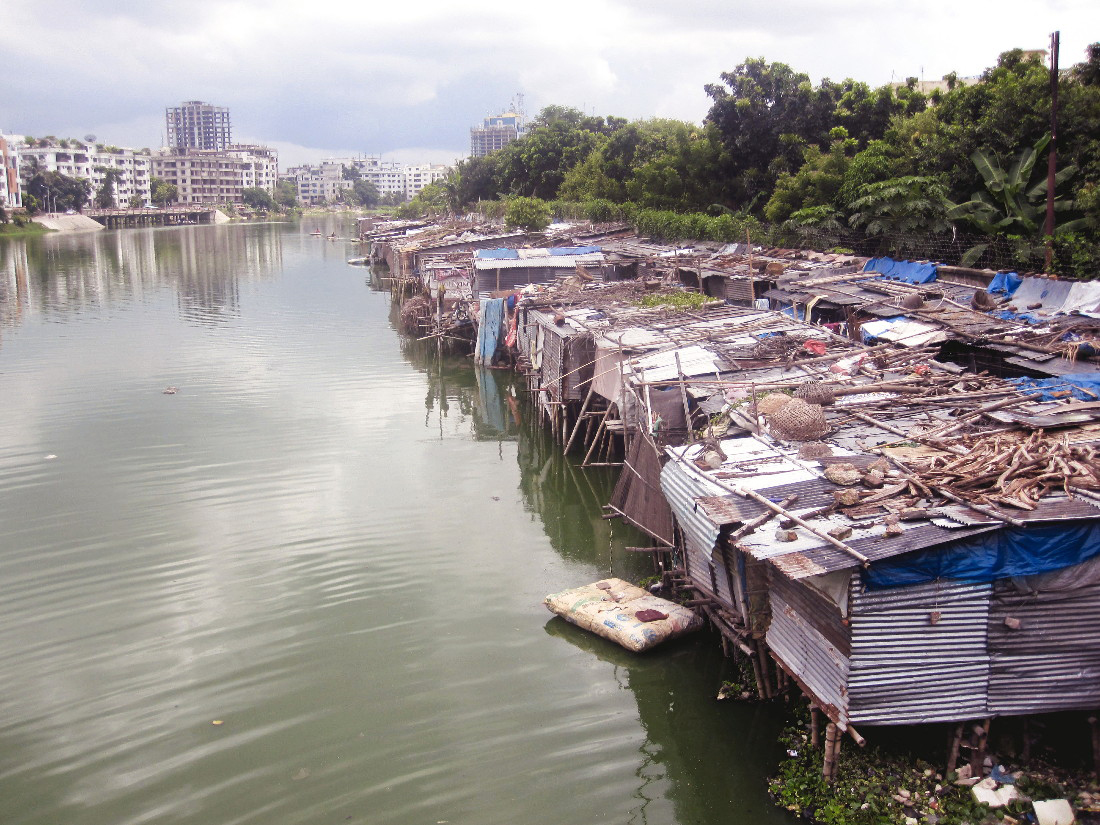 The shanty towns that choke the cities are experiencing unstoppable growth, expanding by more than a million people every week, according to the UN. It maintains that over the next 30 years, the population of African and Asian cities will double, adding 1.7 billion people  – more than the current populations of the US and China combined. Every major metropolis has its share of slums; the U.N. estimates that one-third of the developing world’s urban population lives in them, with nearly 40 percent of East Asian urban dwellers living in slum conditions. The majority of this urban poor will be under 25, unemployed and vulnerable to religious fundamentalism.

A 2002 report concluded that more young people below the age of 18 are killed by guns each year in Rio de Janeiro than in many areas of the world formally at war. The study concluded that there are strong similarities between children involved in drug wars in Rio’s slums and child soldiers elsewhere in the world. There are estimated to be between 5-6,000 armed children in Rio. The report details how the gangs employ teenagers to guard their domains. Sometimes they are even given ranks and called soldiers. The levels of violence are comparable to a war zone. In the last 14 years, for instance, almost 4,000 under-18-year-olds were killed by firearms in Rio alone. That compares, the report says, with just under 500 children killed in the fighting between Palestinians and Israelis in the same period.

Sri Lanka’s capital city Colombo is home to over 30 percent of the country’s population, one in every two people living in the Greater Colombo Area is a slum dweller.

Dhaka, the Bangladeshi capital, is home to 34 percent of the country’s population and is the fastest growing city in Asia – around 40 percent of those living in Dhaka are slum dwellers.

In India fully half the population of the capital, New Delhi, lives in slums, while the figure could be as high as 60 percent in glittering Mumbai. Nationwide 93 million people are estimated to be living in slums.

Ming Zhang, the World Bank sector manager for Urban Water and Disaster Management for South Asia, predicted that the urban population in South Asia would double in the next 25 years. Already one in every four persons is categorised under ‘informal population’ or living in shanties or slums in the urban areas of the region

Regional experts and those from the World Bank agree that most of the problems faced by the cities are man-made, primarily due to lack of proper planning.

‘If we thought about proper urban planning, institutional coherence and community participation, we would be able to address a big chunk of this problem,’ Abha Joshi-Ghani, the World Bank’s Sector Manager for Finance Economics and Urban Planning explained, ‘We are depleting our resources by inefficient and indiscriminate use of resources.’ Joshi-Ghani went on to say that any relocation of slum-dwellers has to take into consideration the incomes and lifestyles of those affected, which, if disrupted, could turn the solution itself into a problem. ‘Many think that cities make people poor, when in fact cities attract the poor who think they can make a better living there’ she said.

‘It’s pointless trying to control urban growth by stopping migration,’ George Martine, a demographer and the author of the report said. ‘It doesn’t work. We have to change mindsets and take a different stance. We’re at a crossroads and can still make decisions which will make cities sustainable. If we don’t make the right decisions the result will be chaos.’ (http://news.independent.co.uk/world/politics/article2714169.ece)

The modern slum is not the result of a lack of resources. It is the product of the capitalist profit system. The only way to free humanity of the slums is to overthrow the system that breeds them. The only way to ensure that every single human being on the planet has an equal chance to enjoy a life free from material deprivation is a world where all the resources of the planet have become the common heritage of all humanity. Another world is possible but it has to be a non-capitalist – a socialist – world, offering decent comfortable housing for all in well-ordered communities.

Engels wrote of the slums of Britain, offering clear descriptions of the degradation that was to be found. He also wrote of a possible future where urban and rural were no longer separate entities:

’The abolition of the antagonism between town and country is now not only possible, it has become an absolute necessity for industrial production itself. It has also become a necessity for agricultural production, and is, above all, essential to the maintenance of the public health. Only through the amalgamation of city and country can the present poisoning of air, water, and localities, be put at an end and the waste filth of the cities be used for the cultivation of vegetation rather than the spreading of disease.’ (Anti-Dühring, chapter 9)