What About the Roma? 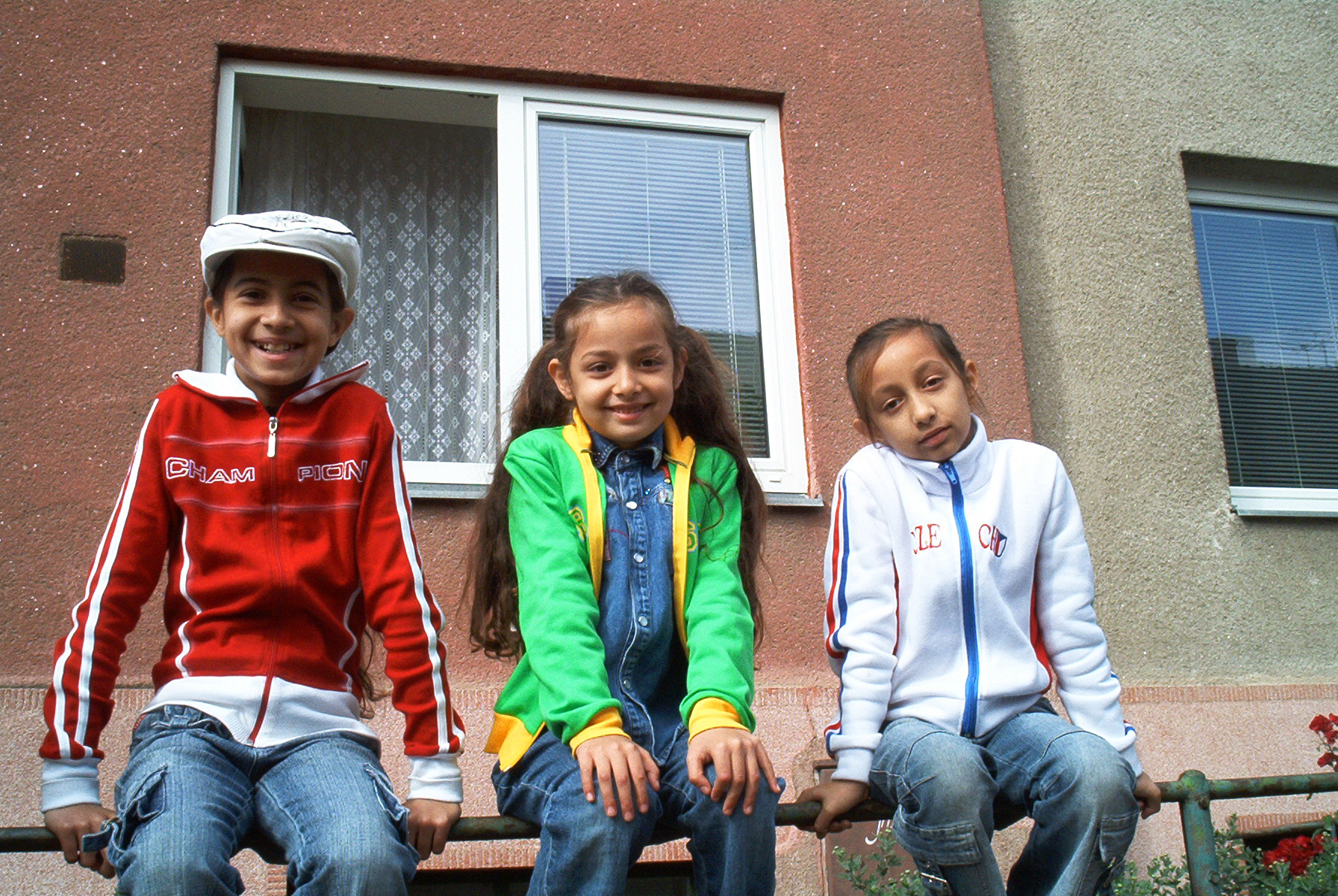 If you believe UKIP by the time you read this millions of Romanians and Bulgarians will have arrived in Britain, many of them Roma. This is nonsense of course, but who are the Roma?.

Nazi genocide was not limited to the Jewish population. An estimated 800,000 Roma were murdered in Nazi-occupied Europe, an episode that has come to be known in the Romani language as the Porraimos (the ‘devouring’), or Romani holocaust. When Hitler started his ethnic cleansing of the gypsies he inherited elaborate discriminatory legislation specifically designed to keep the gypsies away. Germany had anti-gypsy laws since the end of the 19th century. During the early days of Nazism, existing anti-gypsy measures were strengthened and led to mass sterilisation and murder.

The history of the Roma (more commonly called gypsies) in Europe is a tragic one. Migrating from northern India to Europe in the eleventh century, most Roma live today in eastern and central Europe, particularly in Romania and Bulgaria, with many large communities in other European countries. In the parts of the Ottoman Empire today located in modern-day Romania, they have endured persecution and enslavement at the hands of landowners and clergy since the Middle Ages, being emancipated from slavery only in the mid-nineteenth century. The Romanian author Mircea Cartarescu described a life of misery:

’For centuries they could be bought and sold, families were torn apart, children taken from their mothers, women separated from their men. The young women were generally raped by their owners and the ‘flock of crows’, as they were called, was the target of general contempt and discrimination. One of the voivodes, or provincial governors, used to have them climb trees and then shot them down with arrows. He called it crow-hunting. Tied to one place and kept like animals, the gypsies multiplied more quickly in the Romanian principalities than anywhere else in Europe. Therefore we only have ourselves to blame for creating the gypsy problem. It is our historical guilt… We are appalled when other countries perceive us as a nation of criminals, but we see the gypsies in exactly the same way.’

After the Second World War in ’communist’ eastern Europe, the state set about targeting Roma, with social policies aimed to settle them forcibly and to eradicate ’anti-social traits’. Despite efforts to socially engineer their assimilation, the vast majority of Roma remained marginalised and discriminated against by both state and society. Anti-Roma racism across Europe has remained rampant. In many countries, segregation in schooling and housing is still a fact of life, social attitudes towards Roma are poisonous and pogroms are not unknown. Negative social attitudes and disastrous state policies toward the Roma has resulted in the reinforcement of the very conditions that contribute to their continued marginalisation, including low literacy levels, poverty, poor housing, poor health and low life expectancy. Throughout Europe reports of violence against the Roma have increased significantly, particularly in the Czech Republic, Slovakia and Hungary, where extremist and openly racist groups and political parties are gaining in popularity.

There are an estimated million Roma in Hungary, making up one tenth of the population. During the Communist Party rule, social policies encouraged large families and those with three children or more were virtually guaranteed an unconditional mortgage loan. Such financial incentives allowed many Roma to build their own homes. But since the collapse of the former state capitalist system, Hungarians receive less than 50 dollars per child and with the slow Hungarian economy, many Roma are struggling to find work and feed their large families. The previous ’Communist’ regime refused to regard the gypsies as a minority, but as a social problem – undisciplined proletarians who needed to be forced into the same mould as the rest. They were accordingly given poor-quality worker housing with those very cheap mortgages, and obliged to toil, like everybody else. The regime didn’t want them to get more education because they needed cheap unskilled labour. But when that system abruptly collapsed in 1989 the Communists’ uneconomic factories and plants closed down. It was the unskilled workers at the bottom – the Roma in particular – who were left high and dry. Roma unemployment shot up from 15 percent to 85 percent in two years.

In the absence of work there was now welfare. Milking the system became a survival strategy. A Roma family would live off welfare, which arrives on the fifth of the month. By the money would run out, so they would run up credit at the local shop, and the men of the family would get a few days’ casual work, building walls, fixing roofs, in the neighbourhood. But with the financial crisis, credit stopped and people stopped spending money and the work dried up. For the Roma the economic crisis has driven them to the wall, perhaps a bit more than for the rest of us. With increasing poverty amongst the Roma in Eastern Europe, it is hardly surprising that families travel to other countries in order to find work.

Throughout their history the Roma have had good reason to be mistrustful of authorities, and have survived at the absolute margins of society. Europe’s roughly 10 million Roma remain the poorest of the poor, often migrating abroad in search of work. In several eastern European countries there is a war against the Roma. There are marches against them. Self-proclaimed vigilantes bully and threaten them. Walls are built around the sections of town where they live. Their houses are set on fire. They are forced out of their homes and sometimes brutally murdered. Almost everywhere, the authorities have stood aside. In 1993, after three Roma in the Romanian village of Hadareni were lynched with the involvement of the police, the government, in its official explanation, expressed understanding for the ’anger of the villagers’.

These and events since has prompted tens of thousands of them, primarily from Romania and Bulgaria, to head west. Roma refugees have come to Italy, France, UK, and to Germany. In the western European countries they work for a couple of euros an hour doing cleaning, construction, or they beg. Some steal. For many, it is more than they could have ever imagined in their home countries. Those who fight for Roma rights make the argument that those who head to the West are as much political refugees as they are economic ones.

The Roma suffer threefold prejudice in the UK. Firstly because they are gypsies, secondly because they are often asylum seekers or refugees and thirdly because many are Romanian. The Roma are easy scapegoats. They’re at the bottom of society and have no effective political lobby. In 2012 the European Parliament had only one member of Roma origin. 90,000 to 120,000 Roma are estimated to be in the UK, a fraction of the one million gypsies who live in France and Germany. Next year, the quotas which let EU countries limit the number of Bulgarian and Romanian migrants crossing their borders will be lifted. Britain wants to deter them from crossing the Channel and is financing an anti-migrant ad campaign in those countries. Suspicions have been raised that what the UK Government really fears – but dares not say publicly – is the mass migration of Roma.

It is not difficult to believe that the government’s very public stance against eastern European (aka Roma) immigration is fuelled largely by a desire to appeal to the populist vote and is a demagogic tactic aimed at seducing the far right. Each year we are reminded by the government of the day to remember the Jewish Holocaust, yet the Roma Devouring stays forgotten. August the 2nd is the Roma Holocaust Memorial Day, marking the start of the liquidation by the Nazis of the ’gypsy’ camp at Auschwitz. The silence of British politicians was deafening. Our rulers have a long history of camouflaging the failures of capitalism, particularly in times of economic slump, by seeking out scapegoats.