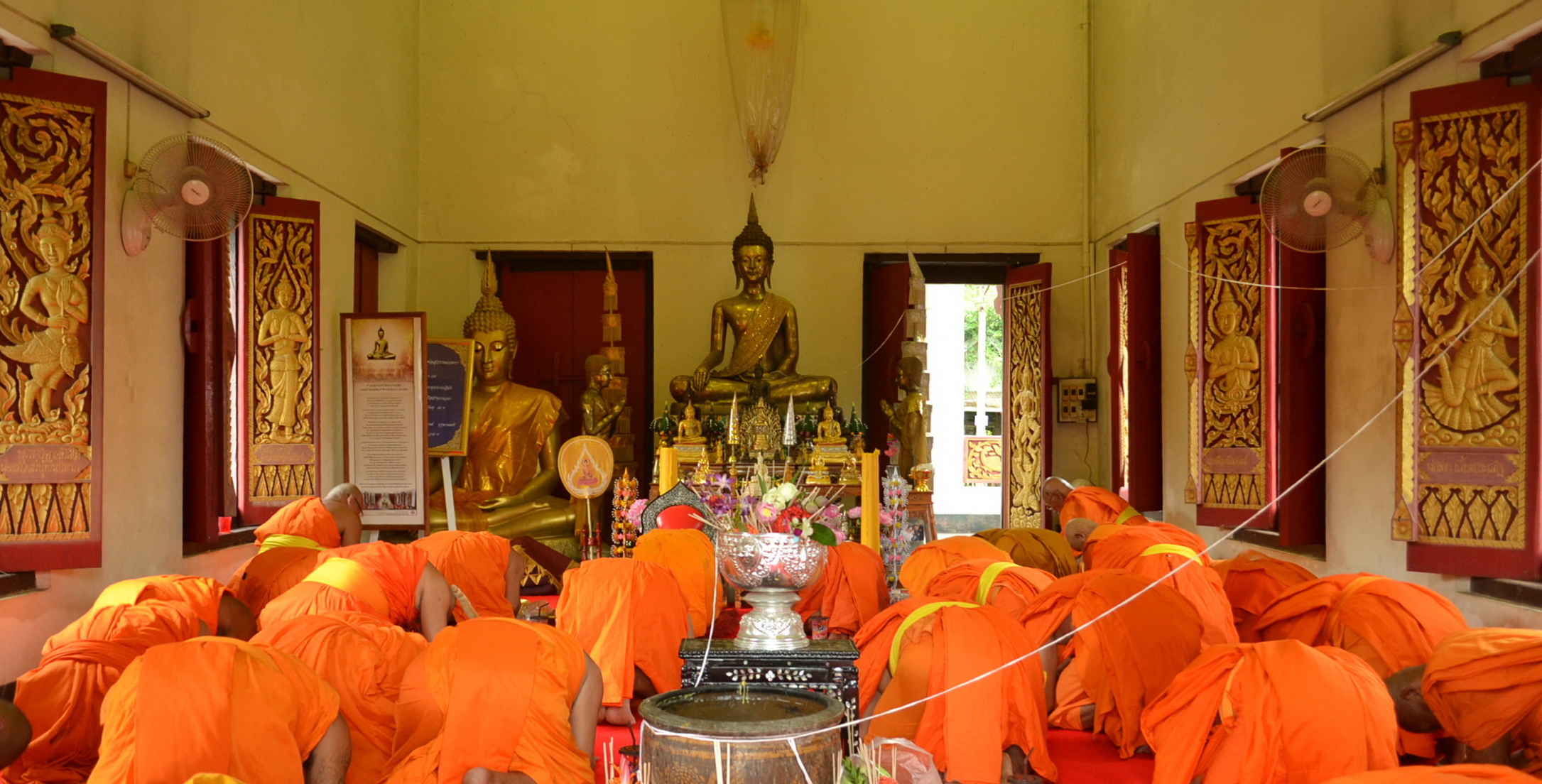 Many have a soft spot for Buddhism as a religion and it frequently escapes criticism. After all, it is a religion where the belief in gods is not a necessary pre-requisite. The popular conception is that all Buddhists are peaceful, simply by virtue of the fact that they call themselves Buddhists. Nothing could be further from the truth. States where Buddhism is the dominant tradition have engaged in many wars and other conflicts over the past centuries. And Buddhist monks have a long tradition of supporting kings and warlords in their conflicts. Particularly in south-east Asia, Buddhism has been the religion allegedly followed by many feudal rulers, in the form of an hierarchical organised religion. Buddhism holds a certain amount of political influence in Myanmar (Burma), Thailand and Sri Lanka.

Buddhists are just like people of other faiths: subject to desire, anger, and ignorance. Buddhism differs only in that it offers the promise of freedom from desire, anger and ignorance to those who seriously practise. Many so-called Buddhists do not engage in serious practice. The thing about these ‘peaceful religions’ is often a product of the Western imagination, the idea of these far-off people living these incredibly peaceful and wise lives.

Buddhism certainly has much within its precepts about pacifism but as with the Christian crusaders or Islamist militants violence has been justified in the name of a higher good. Buddhist rulers and monks have been no exception. Any religion sooner or later enters into a pact with state power. Buddhist monks looked to kings for support, patronage and order and kings looked to monks to provide the popular legitimacy that only they confer. When Buddhism has become an established religion and a theocracy you have as brutal a feudal despotism as any other, for instance, the monastic version of Buddhism practiced in Tibet, Lamaism. Until recently the Dalai Lama was in effect head of state, not simply a religious leader. This often led to political rather than theological disputes with other leading religious Lamas.

Buddhist nation states have historically sought to use Buddhist doctrine to justify war. The links between Zen Buddhism and samurai warrior culture were partly responsible for the collusion of Zen and Japanese militarism in the 1930s and 1940s. For several years Japanese jingoism seized Zen, and its teachings were twisted and corrupted to excuse killing. Zen institutions not only supported Japanese military aggression but raised money to manufacture war planes and weapons.

Tamils are Hindus and they constitute a majority in Northern Sri Lanka. The Sinhalese are Buddhist and have been perfectly willing to exercise ruthless violence against Tamils. In the Sri Lankan civil war hard-line monks were at the vanguard of Sinhalese Buddhist nationalism, which viewed the Hindu Tamils and Sri Lanka’s smaller Muslim population as outsiders. They joined the government with their own party, the Jathika Hela Urumaya or National Heritage Party. The monks used their new power to argue vociferously against any self-determination for the Tamils in the north, opposing even the more limited measure of autonomy. In religious terms they justified the suppression of the Tamils on the grounds that a fracture in the nation state is a tear in the sacred fabric of a land which represents the well-spring of their belief. Roads have been renamed after Buddhist monks. While many Hindu temples and Christian churches were destroyed in the war, new Buddhist stupas and statues are being built.

In Rakhine State, Myanmar there has been civil strife between Buddhists and Rohingya Muslims whom the Burmese government views not as citizens but as illegal immigrants and therefore affords little protection,  and this has led to a refugee crisis as the Rohingya flee from pogroms inspired and led by Buddhist monks. Dr. Muang Zarni, a Burmese human rights activist and research fellow at the London School of Economics has described the 969 movement as a neo-Nazi Buddhist organisation. 969 stands for three things: the 9 stands for the special attributes of Buddha, the founder of the religion; the 6 stands for attributes of his teachings of dharma; and finally, the last 9 stands for special characteristics or attributes of the clergy (http://www.vice.com/read/is-burmas-anti-muslim-violence-led-by-buddhist-neo-nazis).

Buddhism can easily be used to support reactionary politics. The conflict between Buddhists and Muslims is often over land and nationalism. Buddhism is neither better nor worse than any other organised religions in its role as an agent of social control.