Mixed Media: ‘The Mill’ & ‘The Pet Shop Boys – Love is a Bourgeois Construct’ 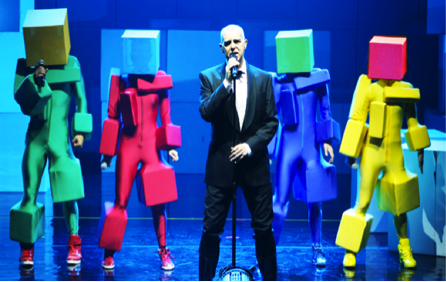 The Channel Four drama The Mill set at the time of the 1833 Factory Act in the Quarry Bank cotton mill owned by the Greg family near Manchester is reminiscent of chapter ten The Working Day in Marx’s Capital: ‘there followed on the birth of machinism and modern industry a violent encroachment like that of an avalanche in its intensity and extent. All bounds of morals and nature, age and sex, day and night, were broken down’.

In The Mill  the employers are called ‘masters’, and the workers in The Mill are child apprentices who are indentured ‘property of Greg and Sons until 21, food, lodgings, work provided’ and the employers explain that ‘children toil in a mill rather than starve by the roadside’ or live in the Workhouse, ‘bastilles of the proletariat’ (Marx).  The children wake at 6am, finishing work at 8pm, completing a 12 hour working day, and are locked in their dormitories at night leading one visitor to question ‘is this a factory or a prison?’ to which the Gregs reply ‘for apprentices it is home’. The Greg family oppose improvements to workers’ conditions by citing William Senior, the bourgeois economist who argued that the last hour of work produced the profits for the capitalist ‘the whole net profit is derived from the last hour‘  known as Senior’s last hour.

Marx wrote ‘The House of Terror… realised a few years later in the shape of a gigantic Workhouse for the industrial worker… called the Factory.’  The Mill is set at the time when ‘the working-class, stunned at first by the noise and turmoil of the new system of production, recovered, in some measure, its senses, its resistance began’. The Mill includes an account of  John Doherty, Irish trade unionist active in the Ten Hours Movement and who with Robert Owen established the Society for Promoting National Regeneration. Doherty published the story of Robert Blincoe, a  former child labourer which is changed to the character of Esther Price in The Mill. A mass meeting of 100,000 workers at Wibsey Moor in Yorkshire as part of the Ten Hour Bill movement is also dramatised. The 1833 Factory Act was a Whig compromise which did not achieve the 10 hours working day and children aged 13 to 18 could still work a maximum of 12 hours.

The Millis a breath of TV fresh air with its portrayal of working class struggles in capitalism in contrast to the bourgeois class drama of Downton Abbey.

The Pet Shop Boys – Love is a Bourgeois Construct

The Pet Shop Boys single Love is a Bourgeois Construct was released in September, and it is not too often that Karl Marx gets a mention in a pop song or we hear the word ‘bourgeois’.

The new single is reminiscent of the boys at the  peak of  their popularity and success with their songs about life in capitalism in Thatcher’s Britain such as  Opportunities (Let’s Make Lots of Money). In the new single they sing about  ‘searching for the soul of England, drinking tea like Tony Benn’.

They sing ‘love is a bourgeois construct,  it’s a blatant fallacy’ which is derived from a character saying of love ‘it’s a bourgeois fallacy’ in the 1988 novel Nice Work by David Lodge which is about the relationship between a feminist university lecturer  and an engineering firm manager. The novel  is a  pastiche of Elizabeth Gaskell’s Victorian ‘industrial’ novel of strikes in a cotton town, North and South.

The boys further add that ‘you won’t see me with a bunch of roses promising fidelity, love doesn’t mean a thing to me’.  Alexandra Kollontai stated that ‘proletarian ideology cannot accept sexual exclusiveness and all-embracing love’, and that new socialist sexual relations would be ‘purified of all material elements, of all money consideration’.

They sing about ‘flicking through Karl Marx again’ which could be the Manifesto of the Communist Party by Marx and Engels where they write: ‘the bourgeois sees his wife a mere instrument of production’.

They also borrow the melody line of  Chasing Sheep Is Best Left to Shepherds by Michael Nyman which in turn is based on the ground bass from Henry Purcell’s 1691 opera King Arthur. Nyman’s music was for the 1982 Peter Greenaway film The Draughtsman’s Contract  which wasa Lockean conspiracy thriller about class, sex, property and landscape set in the post 1688 bourgeois ‘glorious revolution’. John Locke’s 1689  Two Treatises of Government  are the philosophical grounding of bourgeois capitalism: ‘master and servant are names as old as history, for a freeman makes himself a servant to another, by selling him, for a certain time, the service he undertakes to do, in exchange for wages he is to receive in the contract between them in civil society; the chief end whereof is the preservation of property.’ Later Greenaway dissected capitalism in Thatcher’s Britain in his 1989 The Cook, the Thief, His Wife and Her Lover.

The Pet Shop Boys clearly see the links between capitalism and the ideology of relationships, singing ‘while the bankers all get their bonuses, I’ve given up on the bourgeoisie, like all their aspirations, it’s a fantasy, you made me see reality’.