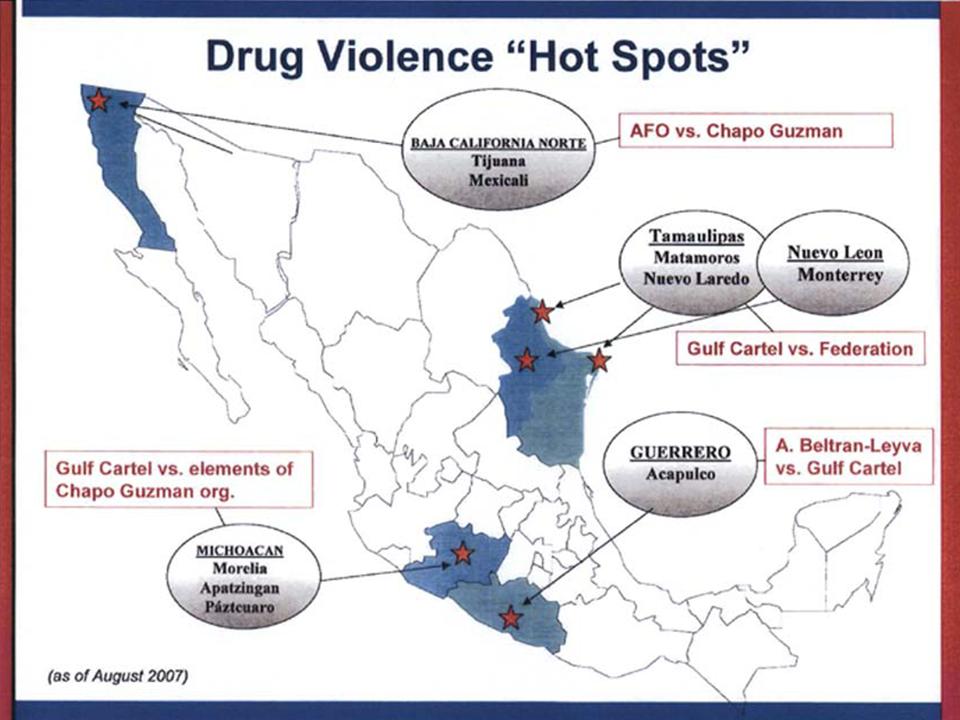 In the article ‘Mexican drug wars’ (Socialist Standard, April) we noted that between 2006 and 2011 it was officially estimated that, in Mexico, the number of deaths related to the drug wars was 39,000. We suggested that up to 100,000 Mexicans have died or disappeared since 2005.

We don’t seem to have been far out. Jo Tuckman, writing in the Guardian (17 July) reported that ‘The violence is estimated to have killed more than 80,000 people’ since 2006. It is not just the number of corpses discovered (more than 9,000 unidentified). It is the disappeared.

On Sunday, May 26 this year, 12 young people were abducted in Mexico City from an after-hours nightclub called ‘Heaven’, in the district known as Zona Rosa. About 17 assailants drove up in a number of cars, and just bundled the youngsters into the vehicles, all of whom were from the impoverished neighbourhood of Tepito. None of them has been seen since. But they are far from alone, despite the fact that Mexico City is said to be safer than Washington in the United States.

Oakland Ross, in a feature (Toronto Star, 22 June), highlights the disappearances, and known murders, in Mexico from 2006 to the end of 2012. He notes that at least 26,121 individuals have vanished. And he adds:

‘During the same six-year period, roughly 70,000 additional people are reckoned to have died in drug-related violence – slain by either the feuding drug cartels, or else by Mexican soldiers or police, or possibly by ‘disorganised’ criminals using the central drug-fuelled fray as a cover to settle scores.’

Ross notes that the likely abductors – police or soldiers – were probably responsible in more than half the disappearances. ‘Convictions have been recorded in only two cases during the past six years’, according to figures released by the Federal attorney general’s office. Duncan Wood, director of the Mexico Center in Washington, says that there is a breakdown of law and order in Mexico. And, continues Wood:

‘People believe they can get away with anything – and they are right! There’s a great likelihood, if you carry out a crime in Mexico, that you will get away with it.’

But Ross notes that the severity of the problem varies from region to region. The most violent parts of Mexico are, not surprisingly, along the United States border; and, as I have witnessed , such states as Guerro, where feuds between drug gangs are particularly violent – and not forgetting the activities of the police and army.

Most of the disappearances are, of course, related to the illegal narcotics trade with the US. But not all. As the Toronto Star relates: ‘The exceptions involve migrants – mostly Mexicans, but also people from other Latin American countries or even farther away – all trying to sneak across the border to the United States.’ Most of the human trafficking, however, is mainly controlled by the same gangs that supply the US and Canada with cocaine and other narcotics.

Most of the disappeared within Mexico never reappear. The families are left to conduct the investigations into their vanished relatives – where possible. The government agencies are either overworked or just incompetent; and not ignoring where the state itself is responsible for the missing persons.  Lopez Portillo of the Institute for Security and Democracy blames ‘slow bureaucratic procedures, as well as chronic institutional divisions between the police and Federal prosecutors’.

No one, it seems, blames the real culprit – capitalism and the profit system where people are forced to get money, one way or another, to survive.