Material World: I Wannabe a Plutocrat! 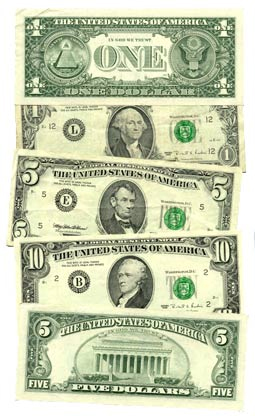 My life’s dream is to become a fully paid-up member of the capitalist class. Do you have any advice? How much money do I need to join? I am willing to work hard, but I need some guidance.

Your greed and ambition are commendable, but your ‘willingness to work hard’ suggests a certain naivety. What sort of attitude is that for a would-be capitalist? The so-called ‘work ethic’ is strictly for the proles. The key to becoming a capitalist – seeing that you lacked the good sense to be born to rich parents – is to get other people working hard for you!

I am sure you will understand why I cannot possibly give away specific advice on how to make money. But you happen to be in luck, because I still have a few copies left of my invaluable Swindler’s Handbook: Never Give a Sucker an Even Break ($99 plus sales tax, postage free). And you have my assurance that every technique described in the handbook is completely legal.

There is no annual charge for membership in the capitalist class. But you do need to have enough money for you and your family to live in comfort – or, better yet, luxury – without ever finding yourself in the humiliating situation of having to sell your ability to work.

For detailed information on the various strata of the capitalist class in the United States, I recommend the ‘Who Rules America?’ website maintained by Professor G. William Domhoff of the University of California at Santa Cruz (www2.ucsc.edu/whorulesamerica) and especially the paper contributed anonymously by an investment manager who serves wealthy clients.

The Occupy Wall Street movement has popularised the idea of ‘the top 1 percent’. The anonymous investment manager advises that you enter the top 1 percent when your financial assets exceed $1.2 million. He warns, however, that the bottom half of the top 1 percent is full of such small fry as lawyers, physicians, upper middle managers and small business owners.

The adult population of the US is currently about 236 million (75 percent of a total population of 315 million). So there are well over two million adults in that top 1 percent – hardly a very exclusive club! If you want to be a plutocrat, you must set your sights higher than that.

It is almost half a century since the first publication of Ferdinand Lundberg’s best-selling The Rich and the Super-Rich: A Study in the Power of Money Today (Lyle Stuart, 1968). Lundberg’s basic argument remains as valid as ever. In fact, the concentration of wealth in the hands of a tiny minority is considerably greater today than it was then.

Chapter 1, entitled ‘The Elect and the Damned’, starts as follows:

“Most Americans – citizens of the wealthiest, most powerful and most ideal-swathed country in the world – by a very wide margin own nothing more than their household goods, a few glittering gadgets such as automobiles and television sets (usually purchased on the instalment plan, many at second hand) and the clothes on their backs. A horde if not a majority of Americans live in shacks, cabins, hovels, shanties, hand-me-down Victorian eyesores, rickety tenements and flaky apartment buildings…

At the same time, a relative handful of Americans are extravagantly endowed, like princes in the Arabian Nights tales. Their agents deafen a baffled world with a never-ceasing chant about the occult merits of private-property ownership … and the vaulting puissance of the American owners.

Most adult Americans in the quasi-affluent society of today … are nothing more than employees. For the most part they are precariously situated; nearly all of them are menials…”

Statements such as the foregoing on the rare occasions when they are ventured (although strictly true and by no means new) are bound to be challenged by the alert propaganda watchdogs of the established order. These propagandists, when hard pressed, offer an incantation about a mythical high American standard of living which on inspection turns out to be no more than a standard of gross consumption. The statements must therefore … be monumentally and precisely documented and re-documented. Not that this will deter the watchdogs, who have limitless resources of casuistry and dialectic to fall back upon as well as an endless supply of white paper from denuded forests.