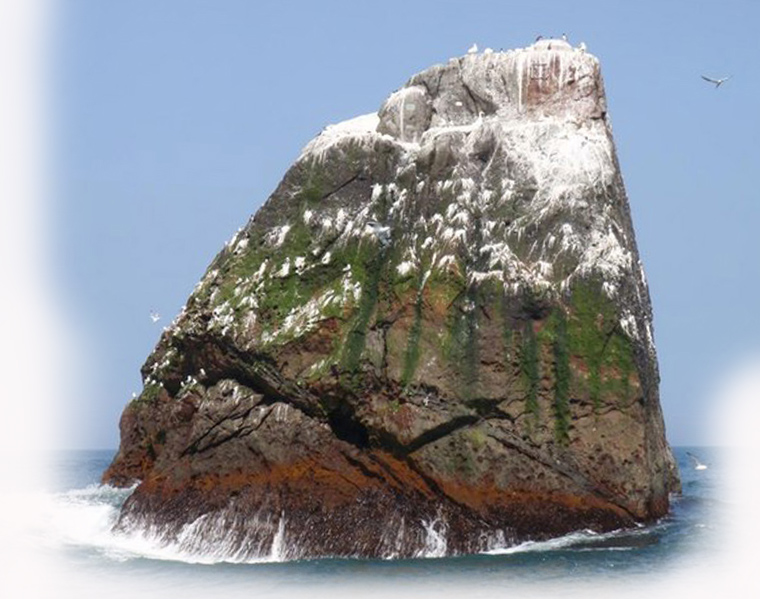 If you look at a map of the world from a few generations ago, you will see vast swathes of pink marking the territories of the British Empire, on which the sun supposedly never set. Land-based empires are generally less prevalent now, but one hangover of those old imperial days is possession of tiny islands in the midst of vast areas of ocean.

These areas are known as exclusive economic zones (EEZs); they were described in a useful article by Peter Nolan in a recent edition of New Left Review (no 80, March–April). An EEZ extends two hundred nautical miles from the coastline, and provides special rights over the exploration and use of marine resources. This includes energy production from water and wind power, as well as fish stocks and mineral resources.

Often an EEZ will be the property of the colonial power that occupied an island in past centuries. For instance, the UK itself has an EEZ of just under three hundred thousand square miles (this includes that arising from a 20-meter-high rock in the North Atlantic, Rockall, the ownership of which is disputed). But its total EEZ is well over two and half million square miles, including 212,000 square miles by dint of the Falklands and 560,000 square miles from South Georgia and the South Sandwich Islands. These are all claimed by Argentina, of course, and access to oceanic resources was a consideration in the Falklands War.

Bermuda, a British Overseas Territory, has an EEZ of 174,000 square miles, while in the case of Pitcairn Island the zone is 323,000 square miles. Pitcairn, famous as the destination of the mutineers from the Bounty, became a British colony in 1838, and today has a population of a few dozen. The surrounding seas abound in fish but, more importantly, contain mineral reserves such as iron, copper and gold.

Great Britain, however, has by no means the largest EEZ, coming only fifth in the league table. Unsurprisingly perhaps, the United States has the biggest, over four and a half million square miles. This includes the sizeable zones around Alaska and Hawaii, but also three quarters of a million square miles around uninhabited Pacific islands. France is not far behind, though, given all its overseas departments and territories. French Polynesia alone, acquired in 1842, has an EEZ of 1.8 million square miles. Australia is third, with many former parts of the British Empire having been transferred to Australian control. Just three South Pacific Islands contribute over half a million square miles to its EEZ, though the country's mainland is the biggest source. Fourth is Russia, where colonial expansion into Siberia in the sixteenth and seventeenth centuries led to its enormously-long coastline and consequently large EEZ.

Part of the impetus behind Nolan's paper is to point out the hypocrisy that marks concerns in the Western media over China’s claims in the South and East China Seas. These include the Diaoyu/Senkaku islands, which are currently disputed with Japan, and the Spratley Islands, variously claimed also by Vietnam and Brunei, among others. China’s undisputed EEZ is 350,000 square miles, less than that of Denmark or the Seychelles. Yet the Western media have kicked up a fuss over supposed Chinese ambitions while saying little about how the other powers acquired their far larger zones. Potential Chinese EEZs are certainly worrying some: as a recent US Congressional report stated, recognising some of these ‘could permit China to expand the EEZ zone within which China claims a right to regulate foreign military activities’ (ie. whether US ships and aircraft can operate there).

A country’s territorial waters used to be limited to three nautical miles (the supposed reach of a cannon fired from land). In 1945 the US claimed control over the whole of its continental shelf, and similar claims by other states led eventually to various treaties and then to the United Nations Convention on the Law of the Sea, which was agreed in 1982 and came into force in 1994. This introduced EEZs, to limit clashes over fishing rights (such as the Cod War between Britain and Iceland in the 1970s) and resources such as oil.

Empires such as the British and French ones were conquered in the interests of land-based raw materials and cheap labour power, not of oceanic property zones. Nevertheless, they are proving very fruitful as sources of fish, minerals and energy. Capitalism carves up the world for its own ends, and protects and defends any serendipitous discoveries that are made.