The Greek Tragedy: A Tourist-Eye View 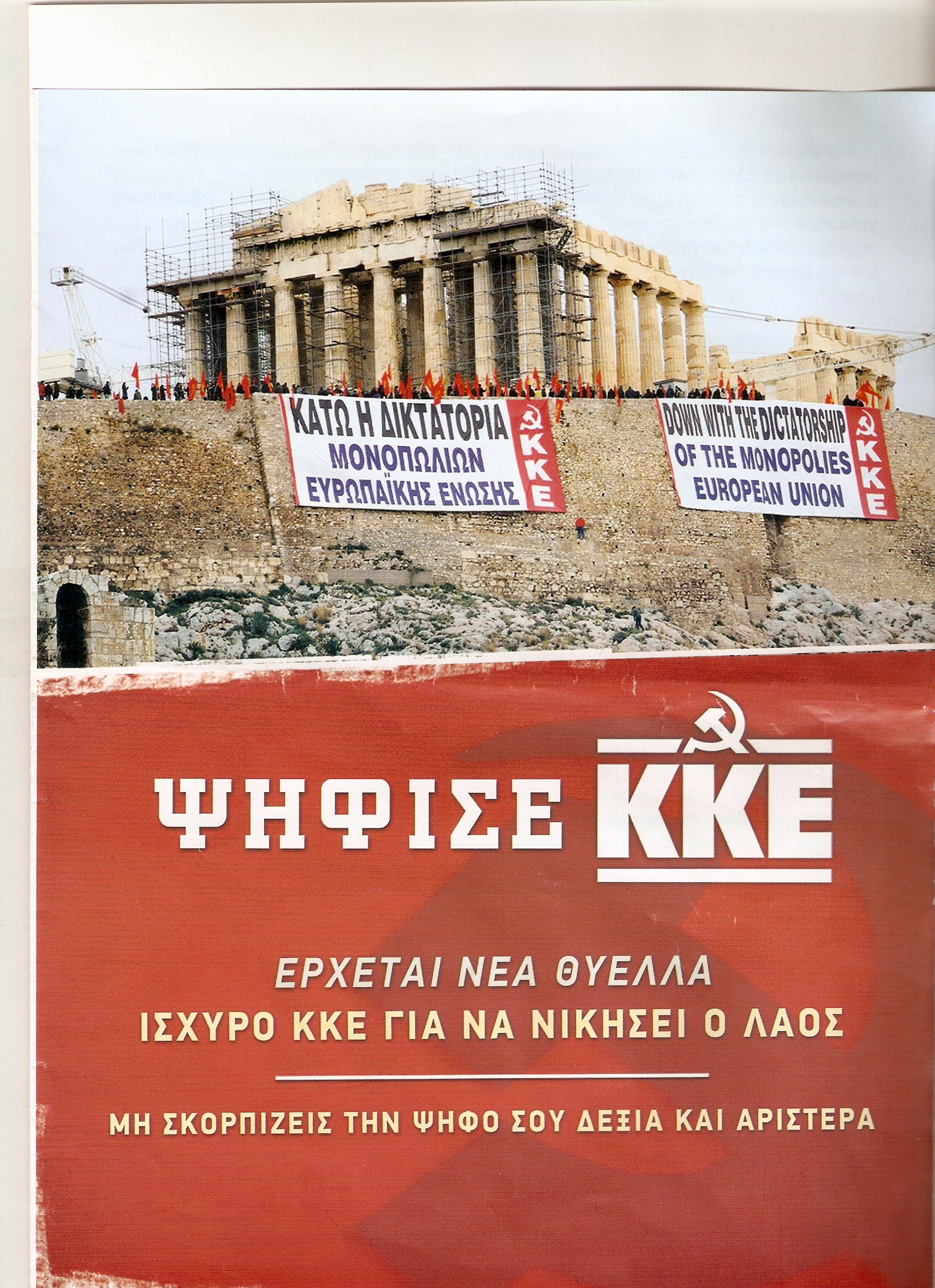 Re-visiting Athens after twenty-odd years and in the middle of a severe economic crisis I wasn’t sure exactly what to expect or how visible signs of the crisis would be. The drive from the airport gave few clues and once within the city there seemed to be plenty of large stores full of expensive clothes and all the latest electronic technology for those who could afford them.

Approaching the city centre though it became clear that numerous large shops and businesses were permanently closed and shuttered up. There was a heavy police presence on the streets too and the police motorcycles roaring about, usually two up and with blue lights flashing were a constant sign that all was not well. Angry looking graffiti and political posters began to appear, almost covering entire buildings from one end of the streets to the other. A sure sign of widespread anger and discontent.

Even a non-Greek speaker like myself could tell that this was not the kind of stuff we have decorating railway bridges and derelict buildings at home. The anarchist logo and the hammer and sickle were daubed up everywhere, and non-Greek speakers were well catered for. “Wake up-Rise up”, “Fuck the politicians”, “Fuck the Police” were scrawled intermittently between Greek slogans. The message of one anarchist poster pasted up every few yards, although written in Greek was perfectly clear. It’s artwork showed an angry looking muscular man, standing on a high ledge overlooking the city, hurling a ballot box far away into the distance.

My hotel, behind Omonia Square in the city centre turned out to be very close to the main office of KKE. The Greek Communist Party. And it was quite an eye-opener to see the constant activity and stream of people, young, old, male and female purposefully filing in and out at all hours of the day, seven days a week.

Obviously with drastic cuts in wages and massive unemployment, the main concerns of most people on the streets was going to be how to feed themselves and keep a roof over their heads – if indeed, they still had one. Discussions with KKE members though, I hoped, would give some idea of their view of what communism was, and how it was to be achieved. Unsurprisingly perhaps, I was told that KKE would first establish communism in Greece. This would happen when workers, through their unions, took control of their workplaces and the state. The process would then be repeated throughout Europe.

One of their slogans in both Greek and English, “Down with the Dictatorship of the Monopolies European Union” had been reproduced on a massive banner hanging from the acropolis and was intended, apparently, to pave the way for this.

Syriza too, who’s supporters I spoke to described themselves as “Marxist Leninist” and, who assured me that their aim was the establishment of socialism, held a massive rally in Omonia Square. Their “anti bailout” message was certainly popular and seemed to have attracted vast numbers of converts. These converts however, have only been attracted by Syriza’s hopes to reform, or to scramble out of, Greece’s current economic mess. Most probably have no knowledge of what socialism is, or any hopes or ideas for its establishment.

My main reason though for going to Athens though was not to see Greece wrestling with its economic crisis. I was here for the history. And to visit the Agora, the market place and centre of activity in classical Athens. And the Pnika (or the Pnyx as the guide books have it). This is the place where the people who came up with the idea of democracy in the first place met to address their fellow citizens, to listen to each others arguments, and to discuss and vote on them.

It’s a long, hot, uphill climb to the Pnika (it took half an hour just to descend to the ancient market place again) And it was quite sobering to reflect on what the Athenian citizens who regularly made that trip to engage in direct democracy would have thought of our idea of democracy, where we are just offered the chance to elect a new leader every 4 or 5 years. And what would they have made of that poster in today’s Athens showing the angry and frustrated anarchist hurling the ballot box away?