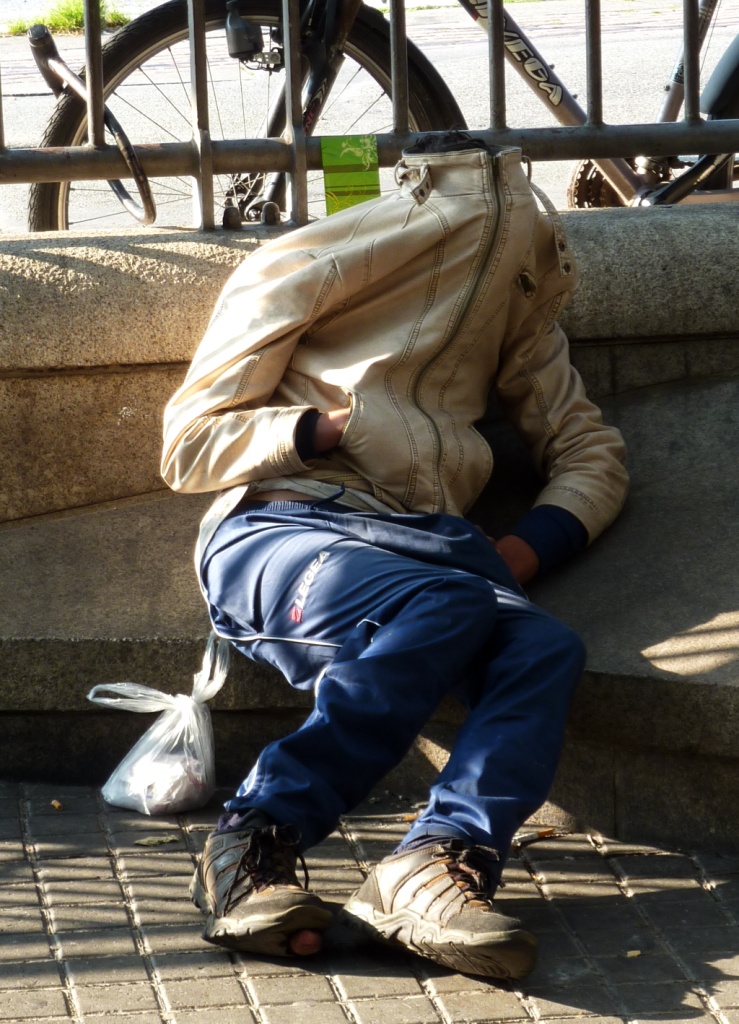 The extent of homelessness is often used as a gauge for the state of the economy as a whole. In an economic downturn, people are less able to hold down jobs, keep up with payments on rent or other bills, or have savings they can fall back on. Often, a combination of factors like these will push people towards losing their homes. Figures released in early March show 12,830 new cases of homelessness being accepted by local councils between October and December 2011 – a rise of 18% since the same time the previous year. In London, there was an average 36% increase over the same period, with the biggest rise in Hounslow at 245% (1). Predictably, sleeping rough has also increased. According to government figures, the number of people rough sleeping rose 23% between Autumn 2010 and Autumn 2011 (2). Undoubtedly it’s no coincidence that the increase in homelessness is one consequence of the economic crisis.

When someone loses their home, if they are unable to stay with family or friends, they will often end up in temporary hostel accommodation. Most of these places are funded and regulated by the government’s Supporting People programme, which is run by local councils. According to Homeless Link, there are around 9,000 bed spaces in English direct access hostels, those which provide emergency accommodation on the day someone becomes homeless (3). The economic crisis has not only led to increased demand for these services, but also to greater restrictions on who can receive help from them. Councils are now more choosy about who they agree to spend their funding on. In particular, they are more likely to enforce ‘local connection’ policies. These allow only those with a connection to an area to receive certain services, such as hostel accommodation. This means that if someone becomes homeless in an area they have only recently moved to, or where they have no close relatives, then they won’t receive help through that area’s council and will have to try elsewhere.

Another restriction which is increasingly affecting services is the length of time someone can live in a hostel. Over the last ten years, the maximum length of stay in many hostels has reduced from indefinitely to two years, to six months, to 28 days, sometimes less. One reason for this is to prevent people from becoming institutionalised. The longer someone stays in a hostel, the more they become acclimatised to being stuck-in-a-rut. Another reason is to increase the turnover at hostels to free up bed spaces for other people who become homeless. And because of the housing shortage, when someone’s time in a hostel runs out, they are more likely to move to other temporary accommodation than to their own new flat. There are around 33,000 bed spaces in this kind of second-stage accommodation (3).

The services offered in hostels will vary. Most provide a small, sparsely furnished bedroom, with shared bathrooms. Some hostels will have a canteen, while others are self-catering. Some will have strict rules on, for example, visitors or alcohol use, or when residents can come and go. Most direct access hostels will be staffed 24 hours a day, while others may only have staff working nine-to-five.

As there’s a wide variation in the services available, the quality of hostels will also differ. The worst places – bed-and-breakfast accommodation – don’t offer enough help to residents to qualify for Supporting People funding or monitoring. Instead, they only receive funding through Housing Benefit claims, which brings in less money. As well as lacking in support, these places are often run-down, overcrowded and intimidating, making it much harder for anyone living there to improve their lives. Often, criminal behaviour becomes a coping strategy for people living with fewer opportunities. Some people cope with the pressures of homelessness by drinking alcohol or using drugs heavily. According to Homeless Link, around half of those living in direct access hostels are affected by problematic drug use (4). Presumably a greater proportion of people in bed-and-breakfast accommodation will have histories of substance misuse or criminal behaviour.

Most people who move into hostels adjust to the environment fairly quickly, although this means sacrificing a lot of independence and privacy, and coping as best they can. Even the better hostels can be noisy, unclean and frightening places to be. They can also be sociable and positive. Moving in to a hostel can be an opportunity to access support which might be difficult to find without the contacts and experience of hostel staff. And all hostel residents have been forced into the position of needing help. Virtually everyone living in a hostel will be reliant on state benefits for their income. Many will be refugees learning to manage in an unfamiliar country. Hostel residents are also likely to need advice or guidance about debt issues, mental health problems, training or employment, as well as help with finding long-term housing.

Despite the best efforts of both staff and residents, people can become trapped in hostel accommodation. If someone has rent arrears from a previous council or housing association flat, then they are unlikely to be rehoused until those arrears have been paid off. People who lack basic skills or who have health problems may find themselves stuck in hostel accommodation because there is a shortage of suitable supported accommodation. The longer someone stays in hostel accommodation, the more they end up relying on it. The economic situation has created an increase in demand for hostels and other homeless services, but it’s also cutting them back.

Since April 2011, councils have reduced spending on Supporting People funded projects by an average of 10.3%. Homeless services were hit hardest by the cuts with 47 local authorities deciding to decommission some services (5). This has led to increased competition between hostel and other housing projects wanting to qualify for dwindling Supporting People funding. To qualify for this money, the organisation which runs each project must show in detail what support it provides. If there isn’t enough evidence on paper, then funding will be withdrawn. The service would then either close or have to survive with only the same limited funding as bed-and-breakfast accommodation. To avoid this, staff are swamped by paperwork used to justify their existences. In some hostels, staff are required to account for how they spend every minute on shift, under the threat of funding being withheld for any time not spent productively. And, of course, those projects which can offer to run the service cheapest are more likely to win funding. Supporting People requirements have also made hostels and supported housing projects more target-driven. Hostels risk funding cuts if particular percentages of those leaving the service don’t improve their ‘economic wellbeing’, physical or mental health, or substance misuse. The effect of this on hostel staff is that the needs of individual homeless people become less important than making sure that the paperwork and statistics are in order. To use Marxist terminology, the paperwork is fetishised.

The increasing regulation of hostels, and the competition between providers for funding, mean that homeless services are now more corporate and businesslike than they were twenty or thirty years ago. Then, hostels and advice agencies were seen more as an embarrassment, as somewhere shameful to send those who have been failed by society. Now, the emphasis is different. The upside of this is that many hostels are more comfortable and relaxed than they may have been in the past, and those who have been homeless are stigmatised less by society as a whole. But, is it a good thing that homelessness has become almost acceptable?

Capitalism is a society of haves and have-nots, of winners and losers. Homeless people are at the unlucky end of the social scale. Many other people are only one wage packet away from being drawn towards homelessness. So, to accept that homelessness is just a part of life is to accept the capitalist system which traps us all.

Hostels, supported housing and other homeless services may help some people to progress, but they can’t solve the problem of homelessness itself. And nor do they aspire to. Instead, homelessness is a business opportunity for capitalist organisations to feed from. Every problem created by capitalism – debt, lack of opportunity, lack of skills, addiction, crime – has become a consumer demand for a service. Homeless people are customers, who staff are supposed to think of as targets and outcomes to be recorded and collated. And in the cut-throat competition for funding, homeless services are integrating further with the market-driven dynamics of the economy. Homelessness for sale.