Closing in on the Real Scroungers 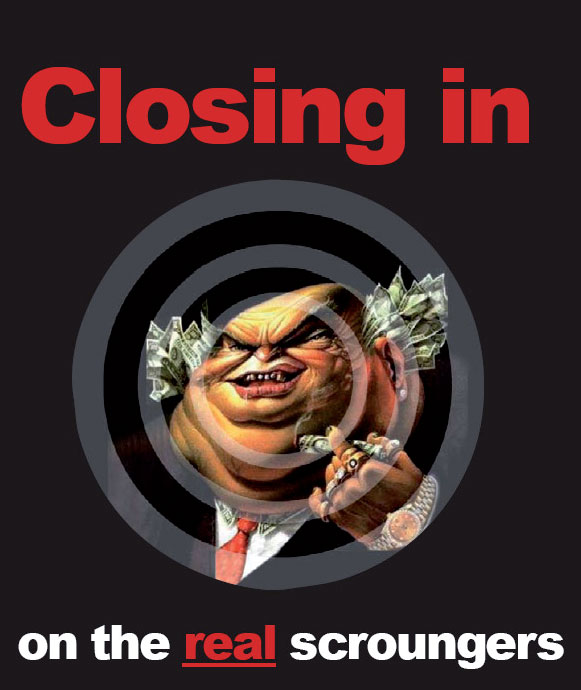 If there’s one thing workers hate it’s seeing some lazy bugger living it up without getting a proper job. Quite right too. But instead of blaming the rare ‘benefits scrounger’, skiving on the fiddle for 65 quid a week, how about blaming the real lazy buggers, the idle rich who own everything? None of them have got a proper job – in fact life for them is a permanent holiday, and they’re raking in a lot more than 65 quid a week!

Workers like you produce all the useful wealth of the world, but the rich own and control it and you barely get any say at all. And when their politicians and their bankers play one reckless gamble too many, no prizes for guessing who pays the price. You lose your job, your income, maybe your house, maybe even your life. What do they lose? Nothing!

Of course workers fight back. But it’s no good fighting just against this cut or that war. The global capitalist system is a game that’s rigged to keep the rich in their place and you in yours, so it’s the capitalist system that’s your real enemy. And that takes a different kind of fighting. The kind you do with your mind.

You could start by watching the video Capitalism and Other Kids’ Stuff at: http://www.worldsocialism. org/spgb/video.html